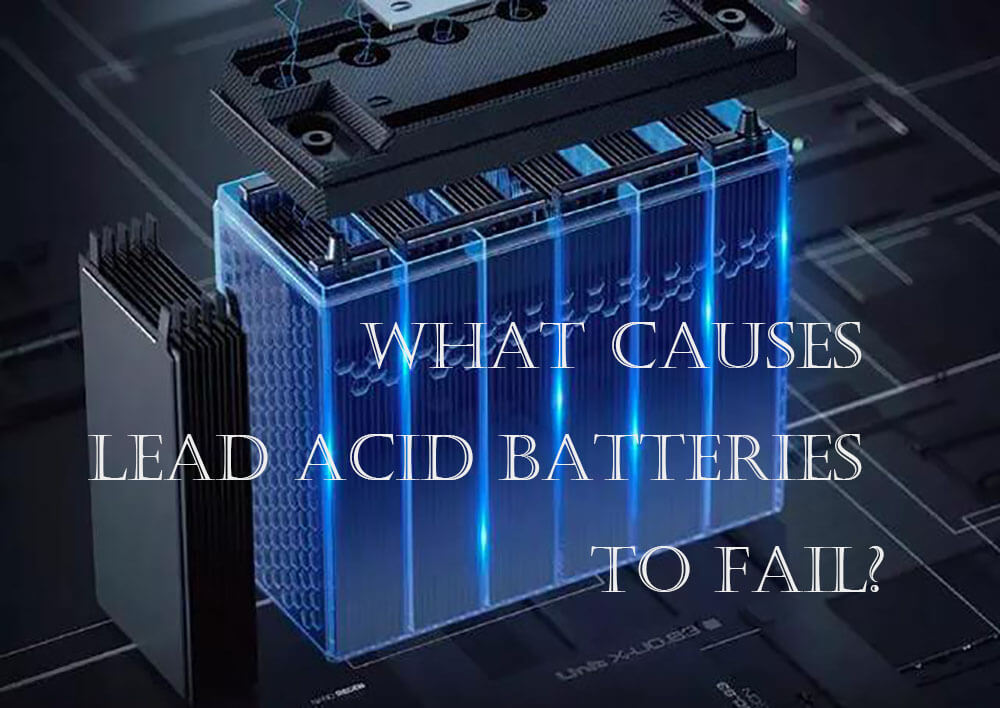 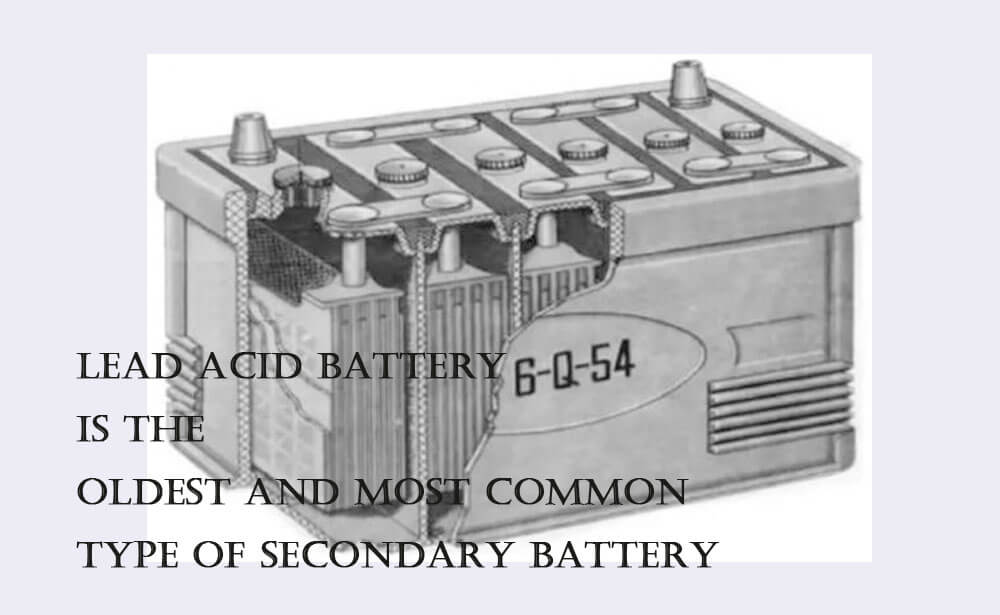 The composition of lead acid battery 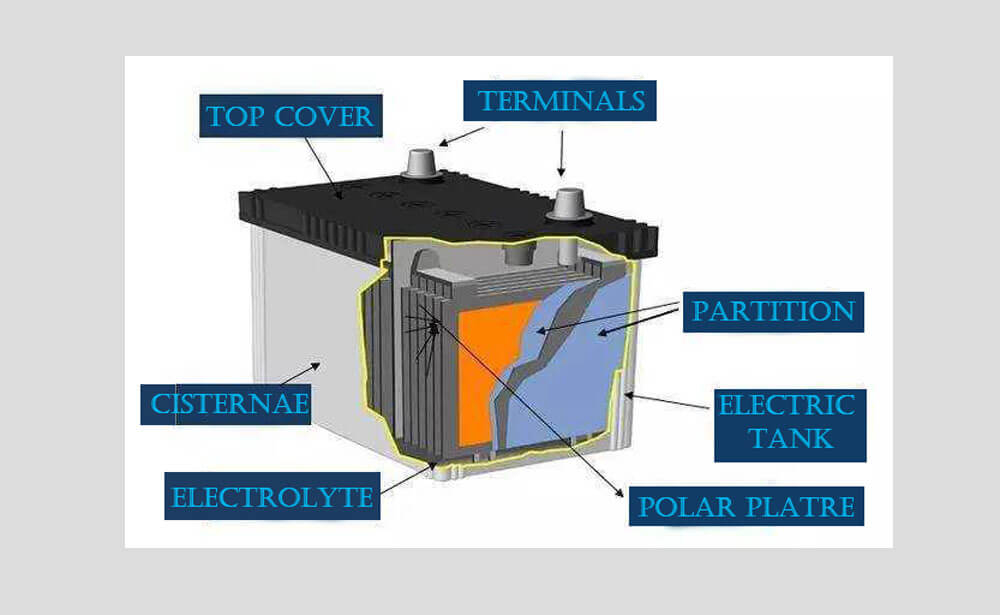 In terms of composition, lead acid battery mainly consist of lead and its oxides and a paste like lead plate or lead net composed of sulfuric acid as the electrode. These lead plates are connected to each other and immersed in a solution of sulfuric acid. The positive lead disk is mainly composed of lead dioxide, while the negative electrode is composed of spongy lead. At present, most of the lead plates are added with jin, tin, calcium, selenium and other elements to form alloys. Alloyed lead plates can improve the rigidity, which is beneficial to the battery preparation process and the final product quality. The most common diaphragm between positive and negative poles is a microporous plastic film. The number of lead disks is usually even, and the positive and negative disks are individually connected to each other, as shown in Figure.

How does a lead acid battery charge and discharge?

The charge and discharge process is as follows : During discharge, lead absorbs sulphate from the electrolyte, while the charge process releases sulphate into the electrolyte. In this process, the active material falls from the lead plate and the collector fluid to the bottom of the battery, thus limiting the cycle life of traditional lead acid batteries. For this reason, most lead acid batteries are designed to leave a space at the bottom of the battery between the falling active material and the fluid collector to avoid short circuit contact. In addition, the reaction of lead and acid will produce a certain amount of gas in the electrolyte, so it is necessary to frequently check or replace the electrolyte of lead acid battery.

Recently, a new type of lead acid battery has been commercialized. Unlike traditional lead acid batteries, the new battery uses a sponge of fiberglass cloth as a diaphragm that holds the electrolyte, rather than immersing the lead disk directly in the acid solution. This reduces leakage of the electrolyte and absorbs the gas from the reaction of the lead plate with the acid inside the diaphragm. As a result, the battery does not require follow up services such as electrolyte inspection and reinjection after assembly. Such a battery can be classified as a valve controlled sealed lead acid battery, which has the main advantage that the gas produced by the battery can be returned to the electrolyte after the battery is closed. For these reasons, they are called maintenance free batteries.

How is the recovery rate of lead acid battery?

Is there a standard for the size of lead acid battery? 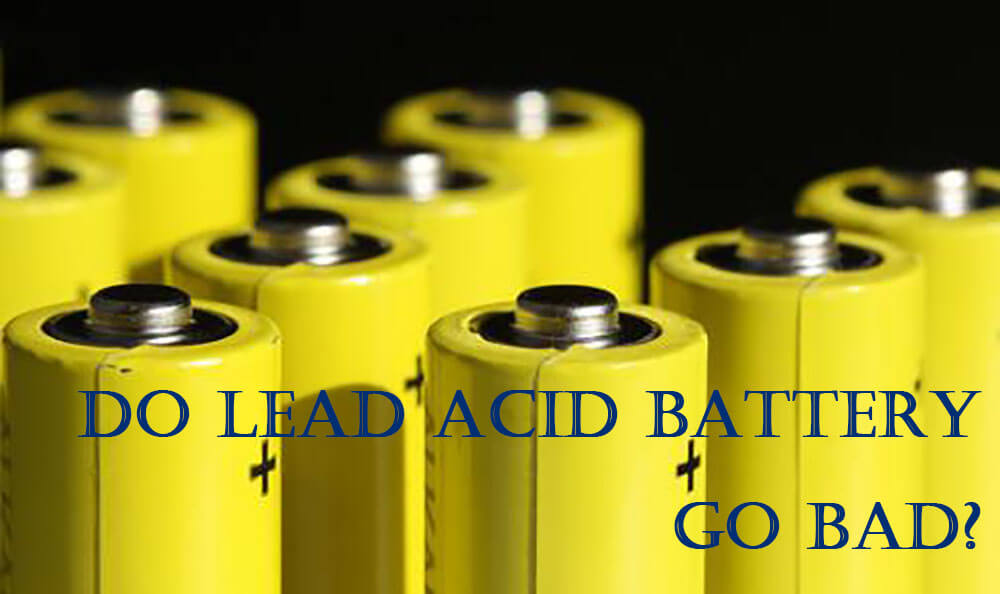 While lead acid batteries have been slow in development over the past 150 years, there have been some developments that have made them suitable for new types of electrification engineering, such as microhybrids and hybrids. Companies such as Energy Power System (EPS) and Ecoult have developed advanced PDA systems. EPS has developed a planar layered matrix for lead acid battery, which increases the battery life by two or three times and greatly improves the charging rate. The performance has been close to the nickel metal hydride battery, but the price is about 1/3 of the nickel metal hydride battery. The new lead acid batteries are expected to be used in microhybrid and hybrid electric vehicles, as well as in power storage systems. The advanced process developed by EPS makes lead acid batteries more economically advantageous in market applications. 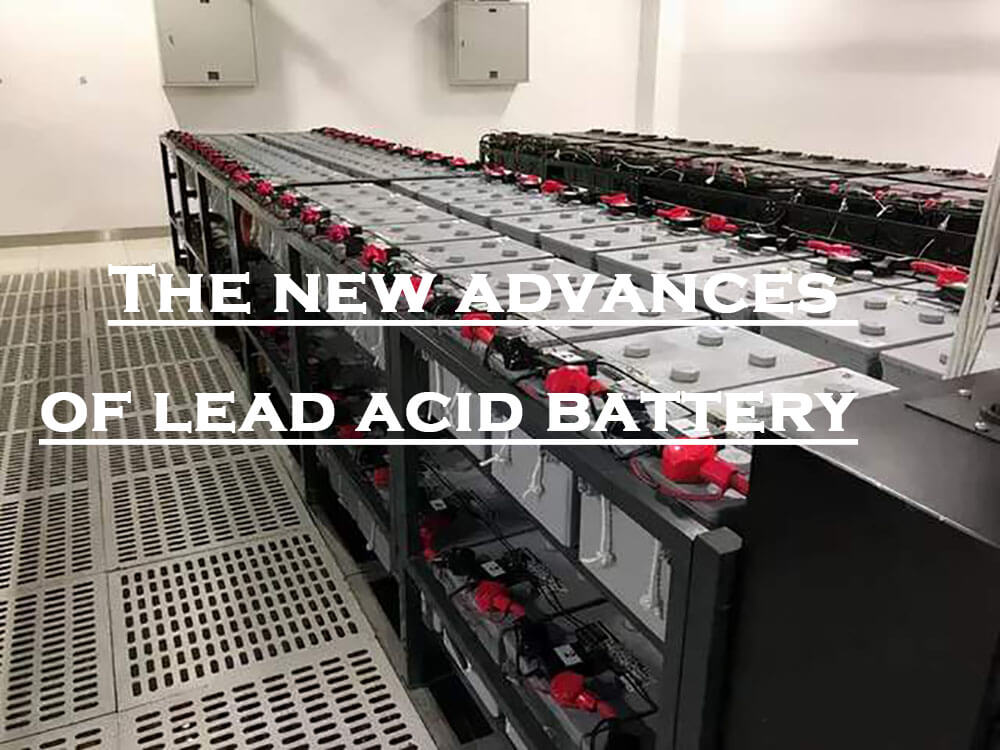 Currently, there are many vendors, companies and organizations offering lead acid batteries for different applications. Founded in 1925, THE International Battery Council (BC) is a non profit organization that mainly leads different lead acid battery manufacturers to formulate standards for lead acid batteries, collect industry data, and promote information exchange among more than 200 international manufacturers. Another important organization is the Advanced Lead Acid Battery Council (ALABC), founded in 1992, which is an international RESEARCH and development alliance focused on improving the specific capacity of Lead Acid batteries. Although ALABC is smaller than BCI, Only more than 70 members, but in improving the performance of lead acid battery research and development has an irreplaceable role.