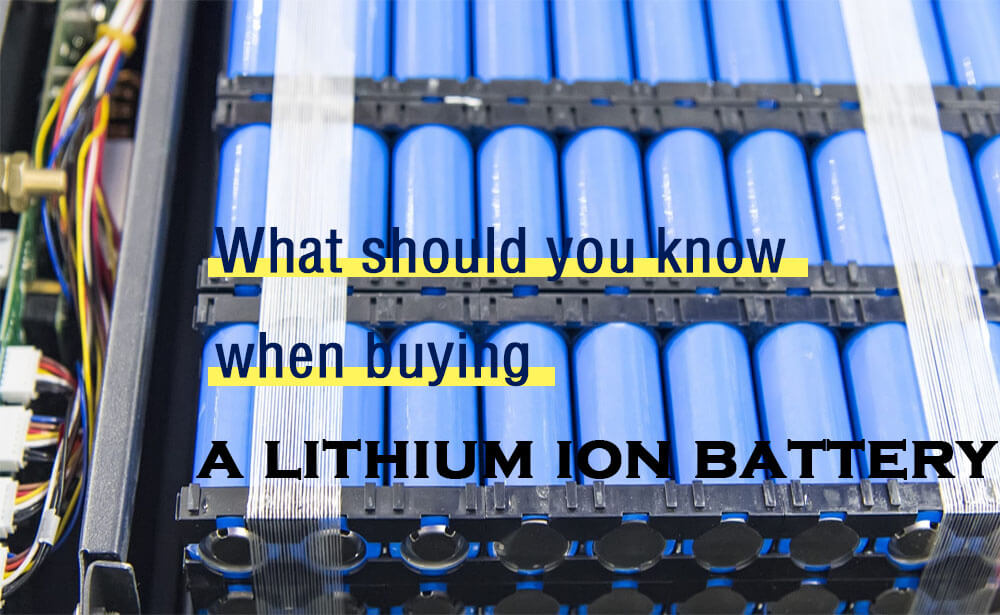 What should you know when buying a lithium ion battery

In today’s age of electronic information, almost all the devices we use every day need batteries. If you don’t know much about lithium ion battery, you may be confused by the jargon when shopping for them. So this article is for you. We will not talk about the complex and professional lithium ion battery principle, but will introduce some battery knowledge which is simple and easy to understand, and useful for buying a lithium ion battery. It will you to get rid of confusion.After understand this article, I believe you will be handy when choosing. You will know you should consider what aspects to choose a suitable lithium ion battery combined with your own application scenarios. 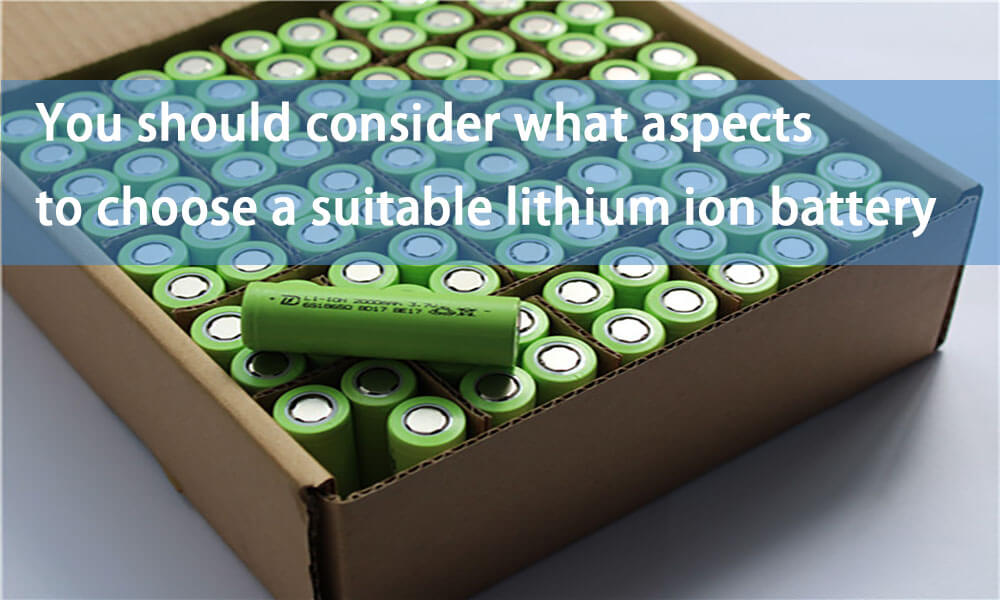 Primary battery: It can discharge only once. After discharging, it cannot be recharged and reused. With the same capacity, the mass and volume of the primary battery are larger than those of the general rechargeable battery. The self-discharge of the primary battery is much smaller than that of the secondary battery, but the internal resistance is much larger than that of the secondary battery, so the load capacity is lower. Its disadvantage is that it will produce a large amount of waste batteries and have a certain impact on the environment. 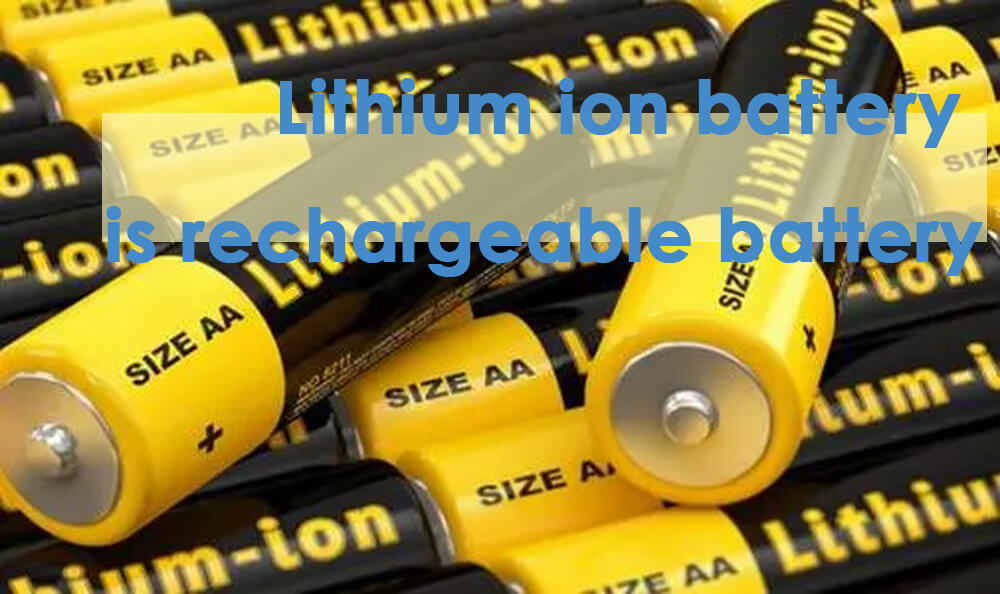 The directional movement of charge forms a current. The current, which can be electrons moving through A wire or ions moving through an electrolyte in positive and negative electrodes, is measured in amperes (A).

Voltage is the potential difference between two ends of a battery,  is measured in volts (V).

Energy is a measure of the amount of Energy that can be stored in a battery, usually is measured in kilowatt hours (kWh) 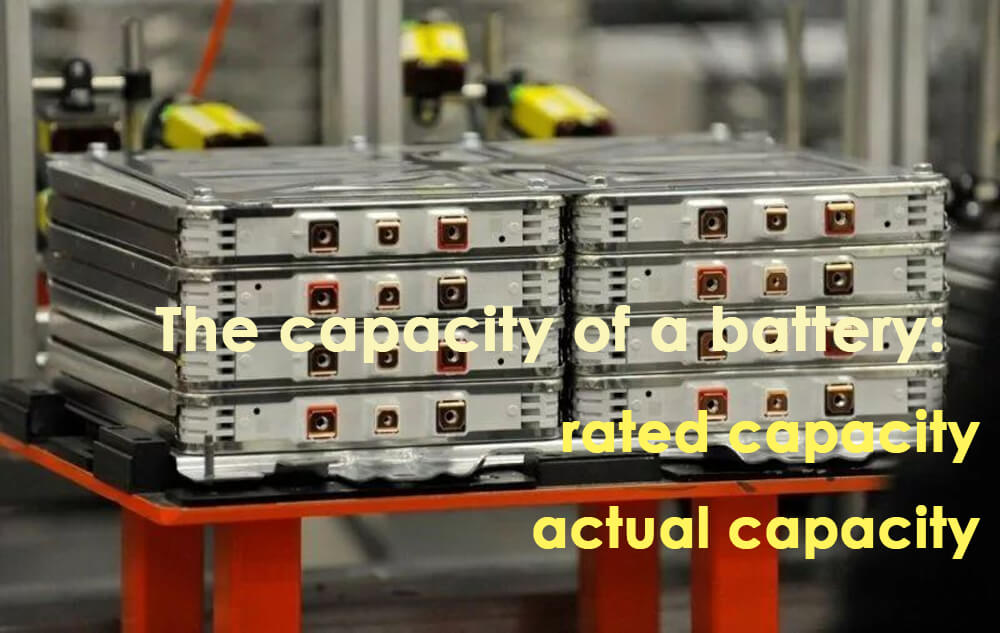 The process of using external power to increase the voltage and capacity of a battery; At this point electrical energy is converted into chemical energy.

(2) Charge curve: the voltage of a battery changes with time when it is being charged

(3) Capacity density: the amount of electricity released per unit mass or volume, usually expressed in mAh or mAhkg. It is also called specific capacity or gram capacity.

(4) Energy density: the energy released per unit mass or volume, generally expressed by WhL or Whikg. Lithium ion battery has a high energy density, so they are smaller in size and mass for the same energy requirements.

(6) Over charge: the process of continuing charging beyond the specified charge termination voltage. The battery life is affected when over change is happen. The most direct manifestation of overcharge is: the battery is obviously hot, because the battery has been saturated, if the battery continues to charge, it is difficult to raise the voltage of the battery, it will be emitted in the form of heat, which will cause permanent damage to the battery. In general, lithium ion battery chargers will automatically stop charging when they reach the charging termination voltage. 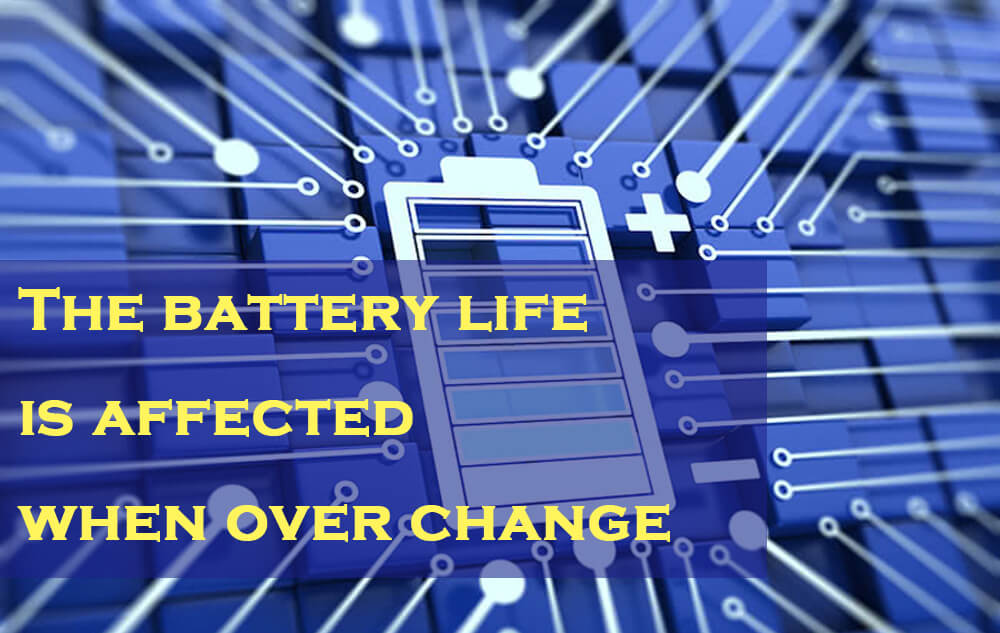 (7) Constant voltage charge: the process of charging the battery under a constant voltage. Generally set the end-of-charge current, when the current is less than this value, the charging process ends.

The process by which electric current flows from a battery through an external circuit and chemical energy is converted to electrical energy. 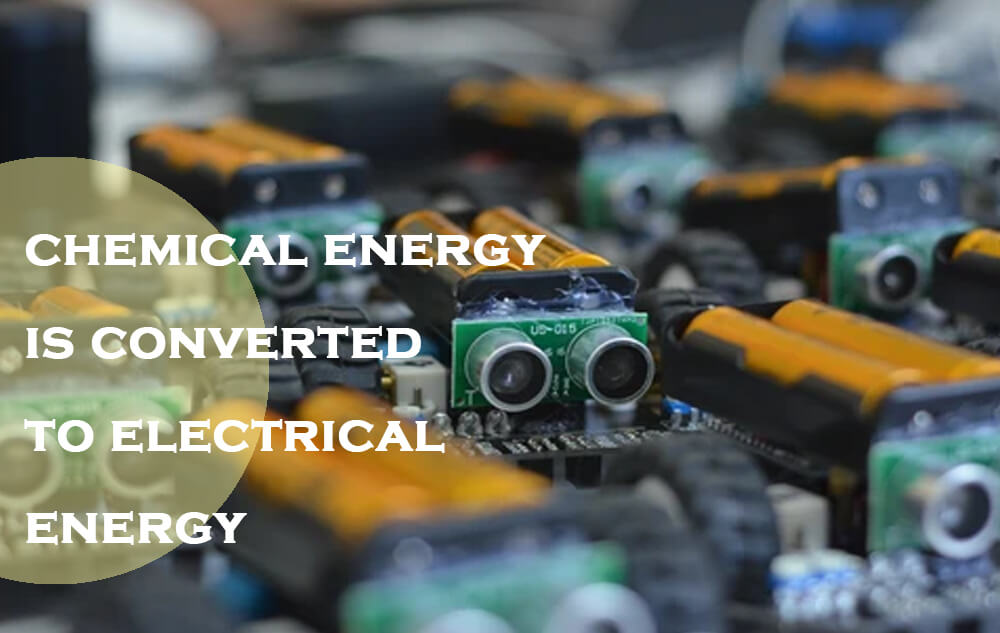 (2) Discharge curve: the voltage changes with time when the battery is discharged.

(3) Discharge capacity: the amount of energy discharged when the battery is discharged. It is generally expressed by the product of time and current, such as Ah, mAh(1Ah=3600C).

(6) Duration time: the total discharge time of the battery under a certain external load before the specified termination voltage.

(7) Nominal voltage: the average voltage in the whole process of 0.2c discharge of the battery.

(8) Over discharge: discharge continues when the end-of-discharge voltage is lower than the specified voltage. It is easy to leak or affect the service life of the battery. 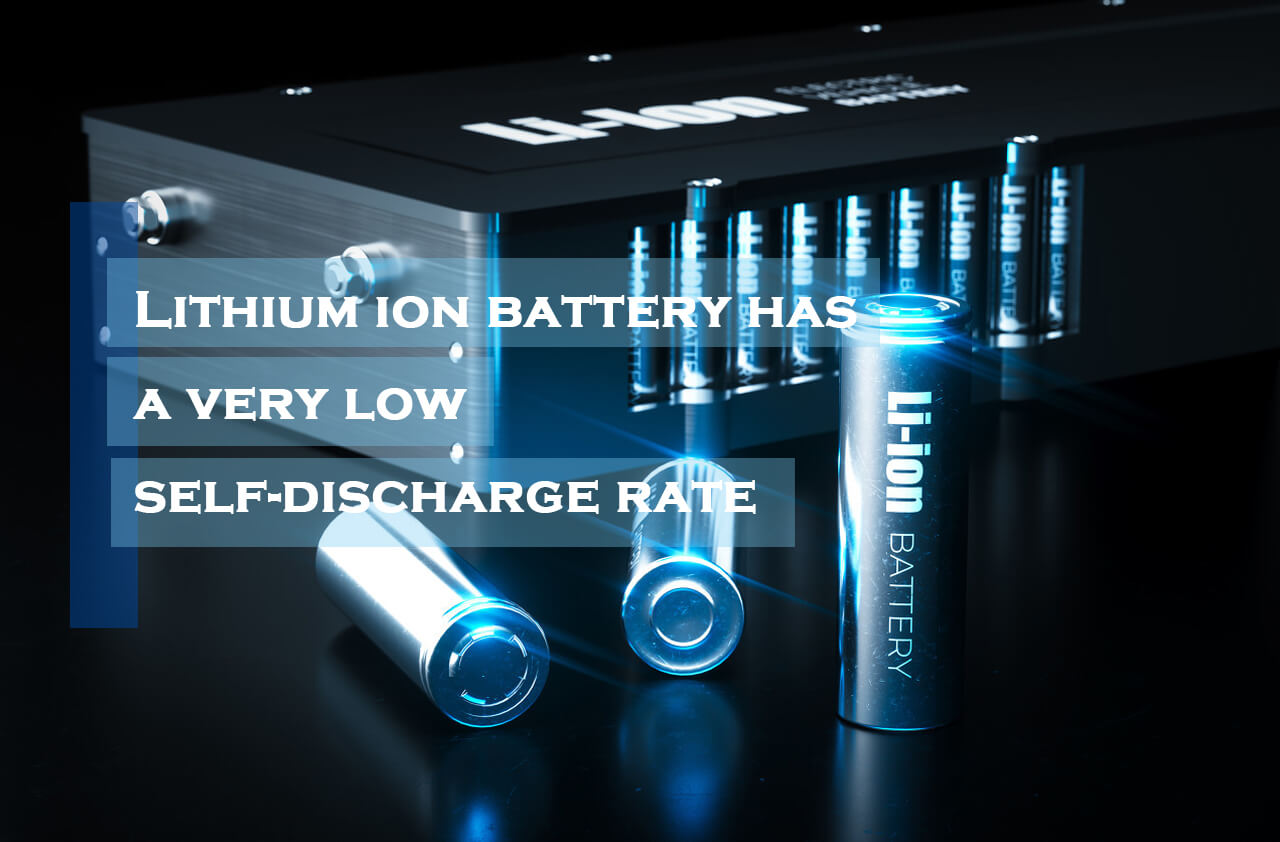 The voltage between the positive and negative terminals when the battery is not loaded.

The time that the battery can be placed under certain parts without load to achieve the performance degradation to a specified degree. 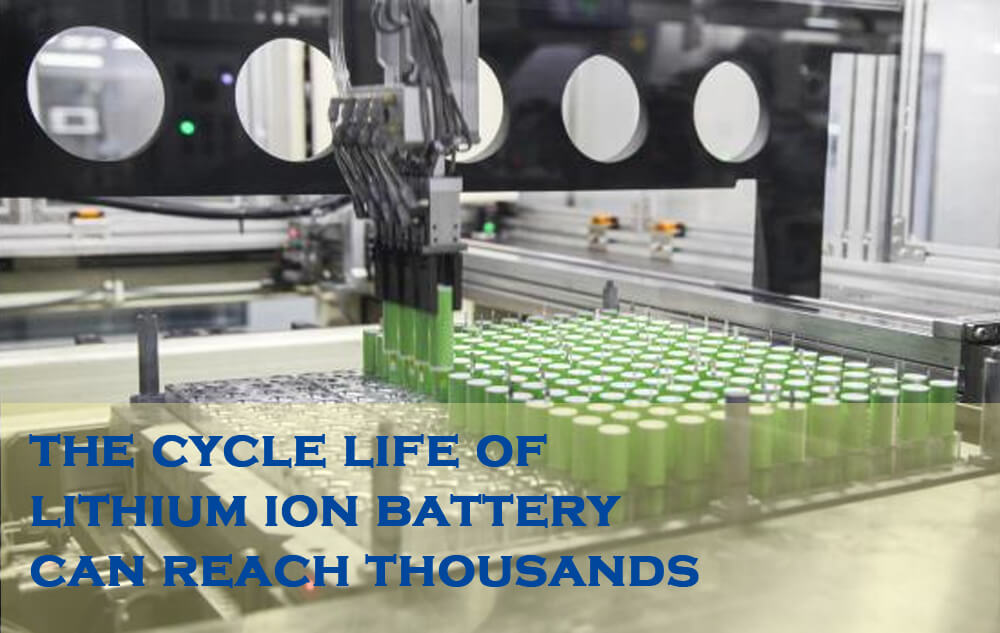 The number of charge and discharge times that can occur when the capacity and other battery performance meet the specified requirements. Lead-acid batteryhave a cycle life of about 300 to 500 cycles, while the cycle life of lithium ion battery can reach thousands.

When the battery in discharge if the capacity is not used up, then after charging the battery, the discharge capacity can only reach the level of the last discharge, any method is impossible to restore its rated capacity. Lithium ion battery have no memory effect. So you don’t have to wait until the battery runs out to charge it.

It means the leakage of electrolyte from a battery. But that rarely happens with lithium ion battery, which are completely sealed during manufacturing.

The state of the internal positive and negative electrode of battery forming electrical path: mainly due to the destruction of the diaphragm mixed with conductive impurities, the formation of dendrites, etc.