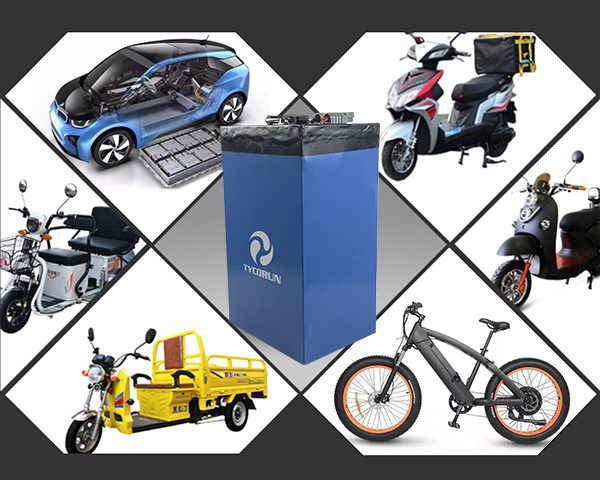 From the point of view of application, power lithium ion battery are mostly made use of in the fields of electric automobiles, electrical bikes and also other electric tools, while  energy storage lithium battery are primarily used in the fields of peak load regulation and frequency regulation power auxiliary services, renewable energy grid connection and Microgrid.

In fact, power lithium ion battery is also a kind of energy storage lithium battery, which is mainly used in electric vehicles. Due to the limitation of vehicle volume and weight and the requirements of starting acceleration, power lithium ion battery has higher performance requirements than ordinary energy storage lithium battery, such as high energy density, fast charging speed and large discharge current.

Firstly, the reason why is the lithium battery is that the advantages of itself. Compared with lead-acid, Ni MH and Ni Cd battery, it has high working voltage, high energy density, small volume, light weight, long cycle life, low self-discharge rate, no memory effect and no pollution.

Because of listed characteristics, the lithium power battery has its unique advantages:

The working voltage of single battery can reach 3.7V, which is three times of that of Ni Cd battery, Ni MH battery and nearly two times of that of lead-acid battery. This is also an important reason for the high specific energy of lithium power battery.

The speed of charging and discharging lithium power battery is very fast, which can provide sufficient power for the equipment in a short time.

Lithium power battery has a wide allowable working temperature range and good low-temperature performance. It can work between – 20 ℃ and + 55 ℃, and is especially suitable for low-temperature use. At low temperature, the performance of lead-acid battery and Ni MH battery will be greatly reduced due to poor electrolyte fluidity.

The voltage of single lithium iron phosphate battery is 3.2V

Cost: The cost of raw materials is lower than ternary lithium battery, and because lithium iron phosphate battery does not contain any heavy metals and rare metals, it is easy to obtain and does not pollute the environment.

Safety: LFP battery is considered as “safe” battery, but such a statement is not accurate. Because all lithium batteries have similar thermal runaway process, while the temperature that thermal runaway can reach is different. It’s just that we should admit among all lithium batteries, lithium iron phosphate battery has relatively good tolerance to some limited conditions such as overcharge and high temperature.

The voltage of single ternary lithium battery is 3.7V

High charge rate: The working voltage of single ternary lithium battery is 3.7V, and it has higher energy density that can also influence its charge rate.

However, it has limitations that after the battery pack is formed, the energy density of system will drop more and its weight will be larger.

Besides, the characteristics including high charge and discharge rate, long cycle life, good safety performance and smaller decrease of energy density making it be a popular choice.

Soft package cell can be fabricated into various shapes, which is suitable for a variety of assembly systems. It has the advantages of light weight, small space occupation and small energy density drop after forming the battery pack.

But the biggest disadvantage is its poor consistence. When soft package is applied in the module, the auxiliary pressure is required to suppress the volume change to obtain better life performance, and the auxiliary pressure needs to be all the same throughout the cell. If the pressure is not consistent, the lithium ion movement in the cell will be limited, resulting in the increase of cell impedance, shortening of cell life, and even formation of lithium dendrite, which will lead to safety failure.

What’s more, soft package cell is packaged with polymer, which is relatively easy to be damaged in the process of cell assembly, so be careful during operation.

Besides, here are some other differences between power lithium ion battery and energy storage lithium battery:

As a mobile power supply, power lithium ion battery has high requirements for volume (and mass) energy density under the premise of safety, so as to achieve more lasting endurance. At the same time, users also hope that electric vehicles can be charged safely and quickly. Therefore, power lithium batteries have high requirements for energy density and power density. Just because of safety considerations, energy batteries with charge discharge capacity of about 1C are generally used.

Most energy storage devices do not need to be moved, so there is no direct requirement for energy density, which is generally 0.2C and 0.5C.

The preparation of energy storage battery emphasizes the capacity, especially the operation stability and cycle life. More attention should be paid to the consistency of battery modules. In terms of battery materials, attention should be paid to the expansion rate and energy density, and the performance uniformity of electrode materials, so as to pursue the long life and low cost of the whole energy storage equipment.

In the case of new battery, and use a discharge meter to test the battery capacity, we will see the capacity of general power lithium batteries is about 1000-1500mAh.

Ordinary energy storage lithium battery is a kind of primary battery with lithium metal or lithium alloy as anode material and non-aqueous electrolyte solution. It is different from rechargeable battery, lithium-ion battery and lithium-ion polymer battery.

The preparation of energy storage lithium battery emphasizes the battery capacity, especially the operation stability and service life. More attention should be paid to the consistency of battery modules. In terms of battery materials, attention should be paid to the expansion rate and energy density, and the performance uniformity of electrode materials, so as to pursue the long life and low cost of the whole energy storage equipment.

Some people figuratively compare the power lithium ion battery to the generator, and the energy storage lithium battery is equivalent to the converter. Although they two belong to the same field of electrochemical application, and their technical requirements are relatively high, their application areas are different, and their performance and design are different.

If you still have any questions, just contact us freely at any time.