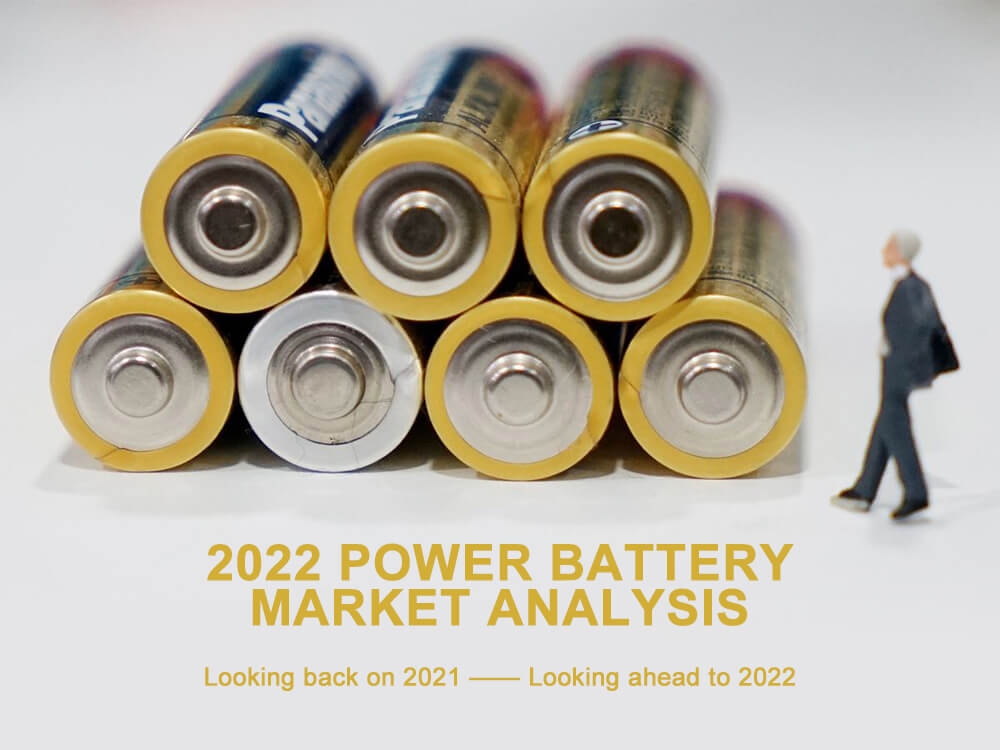 By comparing the market situation of China’s power battery in the past three years, we can see that in 2020 and 2019, the power battery is still in a horizontal state. In 2021, demand for power batteries exploded.

Figure 1. Comparison of power batteries in China in 3 years

In 2021, power battery output exceeded 219.7GWh, with a year-on-year growth of 163.4%. The ternary battery did not break 100GWh, but it was also high at 93.9GWh. The total output of lithium iron phosphate battery was 125.4GWh, accounting for 57.1%, with a year-on-year increase of 262.9%. The situation that lithium iron phosphate pressed over the ternary battery is very clear.

An overview of market specifications

It shows that last year’s demand growth was mainly concentrated in c-end new energy vehicles. The C-end market is many times the size of the B-end market. With the further improvement of penetration rate, the gap between 2C and 2B will continue to widen.

As suppliers gather further, there will be only 58 power battery companies in China by the end of 2021.

But look at the chart below for a better picture: CATL has more than 52% of the market, BYD has 16%, and CALB has 6%. The cumulative effect of the market is still very thorough and obvious.

The infiltration of lithium iron phosphate

Below is the breakdown by vehicle type match. Looking at the vehicles delivered in December, Tesla, BYD and Wuling have very rapid iron lithium conversion (over 75%), followed by Changan and Euler (over 40%). While most other automotive enterprises are still in the planning stage, mainly limited by the capacity of lithium iron phosphate and vehicle switching speed.

Tesla is the fastest in terms of speed and ratio for lithium iron phosphate, as shown below, which accounts for the vast majority of new cars built.

Based on estimates of nearly 60,000 units, Tesla uses 3.6GWh of iron lithium batteries. However, Nio uses the latest lithium iron phosphate and ternary composite technology, and the 75kWh ternary composite battery probably accounts for more than half of the whole Nio. At present, Xiaopeng has not been able to get enough production capacity of lithium iron phosphate effectively, so most of the work is focused on ternary batteries. ZLeapmotor use a lot of iron lithium cell in T03, so the speed of iron lithium is relatively fast.

The evolution of technology and the pattern of requirements

To get a good idea of what technology will look like in 2022, you need to compare lithium iron phosphate with ternary battery systems.

Ternary battery systems do offer some advantages in terms of energy density, but the biggest problem is the overall disadvantage. A pure electric vehicle armed with three batteries can reach a range of 700 kilometers, but it basically relies on a battery of about 100kWh. Under the condition of no subsidy within 20kwh, compared with iron lithium, the cost is very uncomfortable. Ternary batteries are more dense around 300 km, 400 km, 500 km and 600 km products.

Possible technological changes to be seen in 2022 include:

1) Ternary high-end battery, the first generation of quick charge battery based on 2C is launched, which is the first differentiation of high-end in 2022

2) The fast charging speed of iron lithium is also improving. According to the current situation, 2C lithium iron phosphate batteries will be gradually promoted in 2022

3) In 2022, the second-tier battery companies that previously developed around ternary will start to launch their own lithium iron phosphate products.