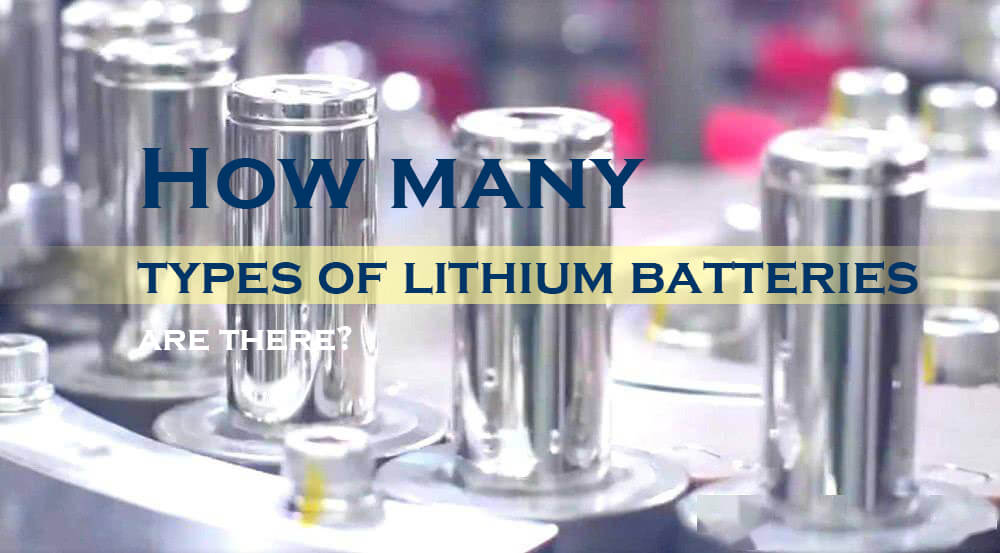 How many types of lithium batteries are there?

SONY commercialized lithium-ion batteries in 1991, based on the work of John Goodenough, a professor at the University of Texas at Austin.

We hope that after reading this article, you will be able to choose the most suitable lithium battery products according to the characteristics of different types of lithium batteries.

How do lithium-ion batteries work?

Lithium-ion batteries charge and discharge the opposite of common sense: when they discharge, ions are transferred from the anode to the cathode. 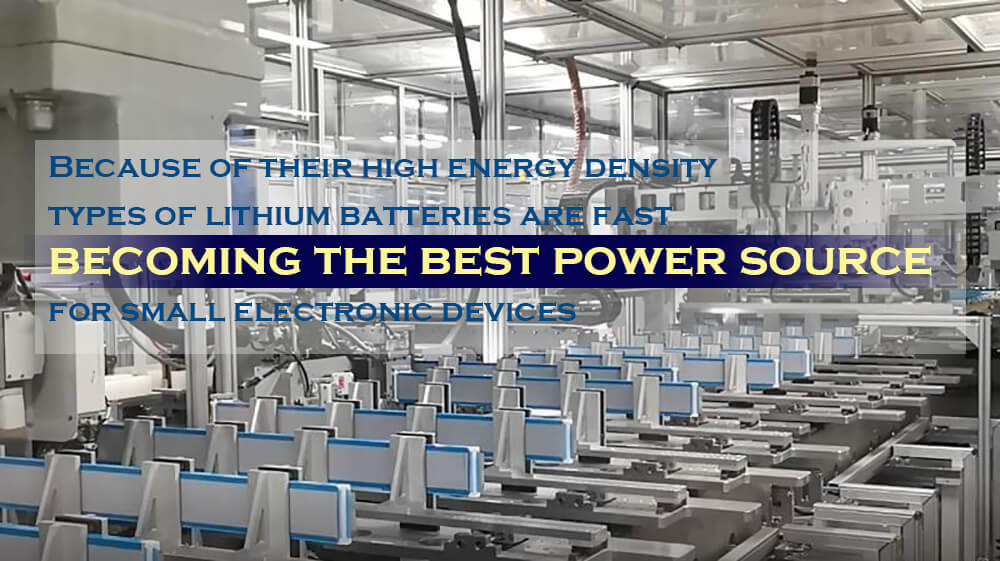 Because of their high energy density, types of lithium batteries are fast becoming the best power source for small electronic devices.

That means lithium-ion batteries need about half the size and weight of Nimh batteries to provide the same amount of energy. In the case of mobile power sources, such as mobile phones and laptops, high energy density means longer running time.

In addition to high voltage and high energy density, lithium ion batteries also have low self-discharge rate. In other words, lithium-ion batteries lose much less capacity than other batteries after a period of storage.

Depending on the types of lithium batteries, the average self-discharge rate is about 1% to 5% per month. Capacity loss is divided into two types: reversible capacity loss and permanent capacity loss. 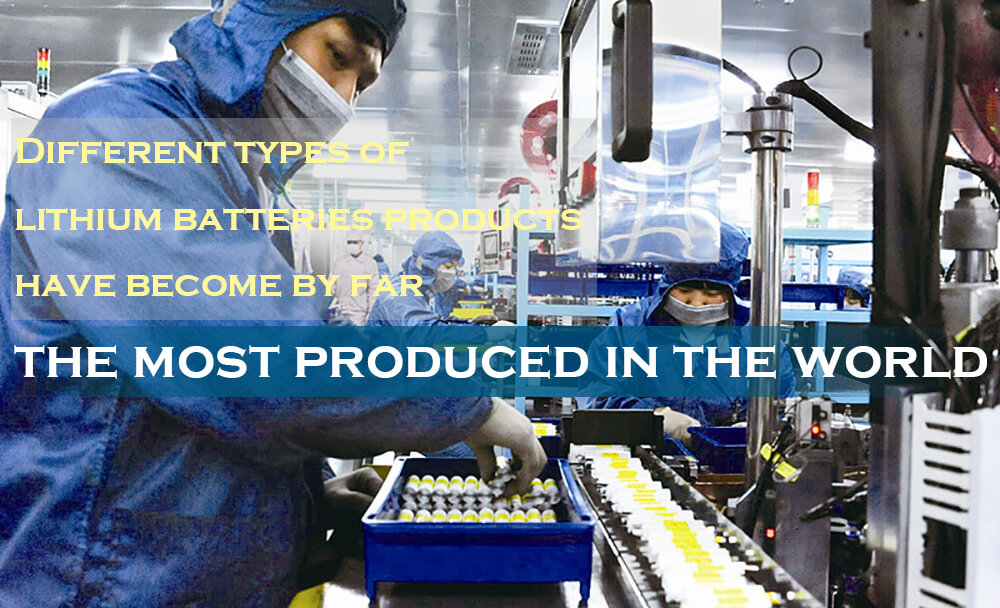 If the battery uses only 80% of its total energy each time, lithium-ion batteries can have a cycle life of thousands of cycles. So lithium battery replacement lead acid become a common choice for many manufacturers produced electric devices.

The core of lithium ion battery consists of only five parts, and there are about 10~20 kinds of materials related to the core.

The battery comprises a cathode material, a anode material and a corresponding fluid collector, separated by a diaphragm between the cathode and anodes, and its main components are polypropylene and polyethylene plastic.

As we all know, the same technical line of the cell, its specific parameters are not exactly the same, this paper shows the current parameter of the general level.

Like other cobalt-mixed lithium-ion batteries, lithium cobaltate uses graphite anode, and its cycle life is mainly limited by solid electrolyte interface (SEI), mainly manifested in the gradual thickening of SEI film, and the problem of anode lithium plating during rapid charging or low temperature charging.

Low battery resistance enables fast charging and high current discharge. Model 18650 lithium manganate battery can be charged at a current of 20-30A, with moderate heat accumulation, and the battery temperature cannot exceed 80℃. 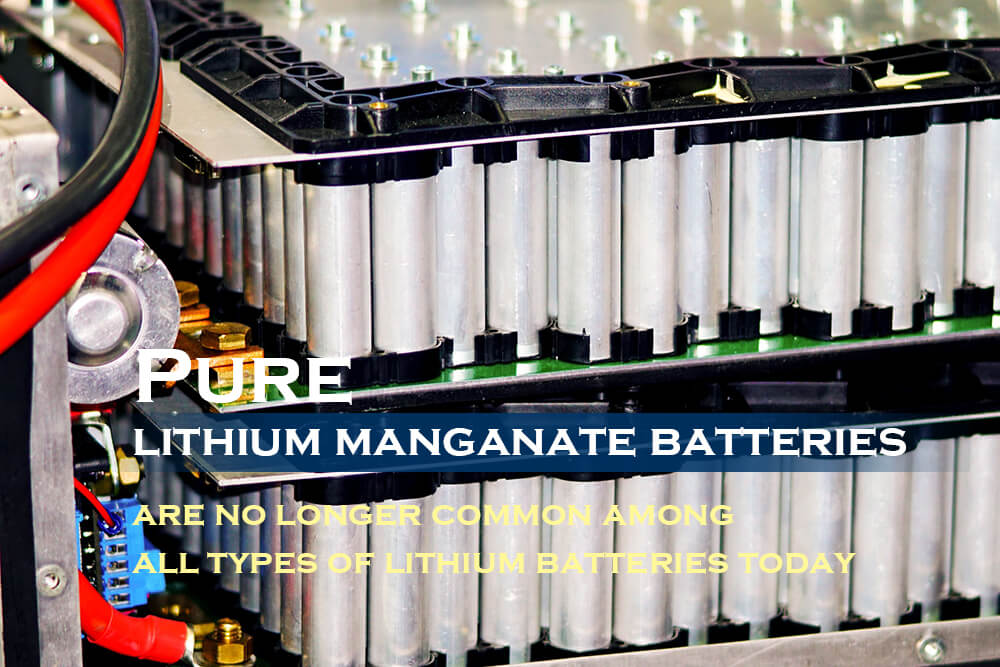 Lithium manganate is used in power tools, medical devices, and hybrid and pure electric vehicles. The capacity of lithium manganate is about one-third less than that of lithium cobaltate. Design flexibility allows engineers to choose between maximizing battery life or increasing maximum load current or capacity.

Pure lithium manganate batteries are no longer common among all types of lithium batteries today; They are only used in special cases.

Most lithium manganate is mixed with lithium nickel-manganese-cobalt oxide (NMC) to improve specific energy and prolong life. This combination brings the best performance from each system, and most electric vehicles, such as the Nissan Leaf, Chevrolet Volt, and BMW I3, use the LMO(NMC).

The LMO portion of the battery can reach about 30%, which can provide high current during acceleration; The NMC section offers a lot of mileage.

Lithium ion battery research tends to combine lithium manganate with cobalt, nickel, manganese and/or aluminum as active cathode materials. In some architectures, a small amount of silicon is added to the anode.

This provides a 25% capacity increase; However, silicon expands and contracts as it is charged and discharged, causing mechanical stress, and capacity increases are often closely associated with short cycle lives.

One of the most successful types of lithium batteries is the cathode combination of nickel manganese cobalt (NMC). Like lithium manganate, it can be customized for use as an energy or power battery.

The silicon anode will reach more than 4000mAh, but the load capacity is reduced, the cycle life is shortened. The silicon added to the graphite has a defect that causes the anode to expand and contract as it is charged and discharged, making the cell structurally unstable due to high mechanical stress. 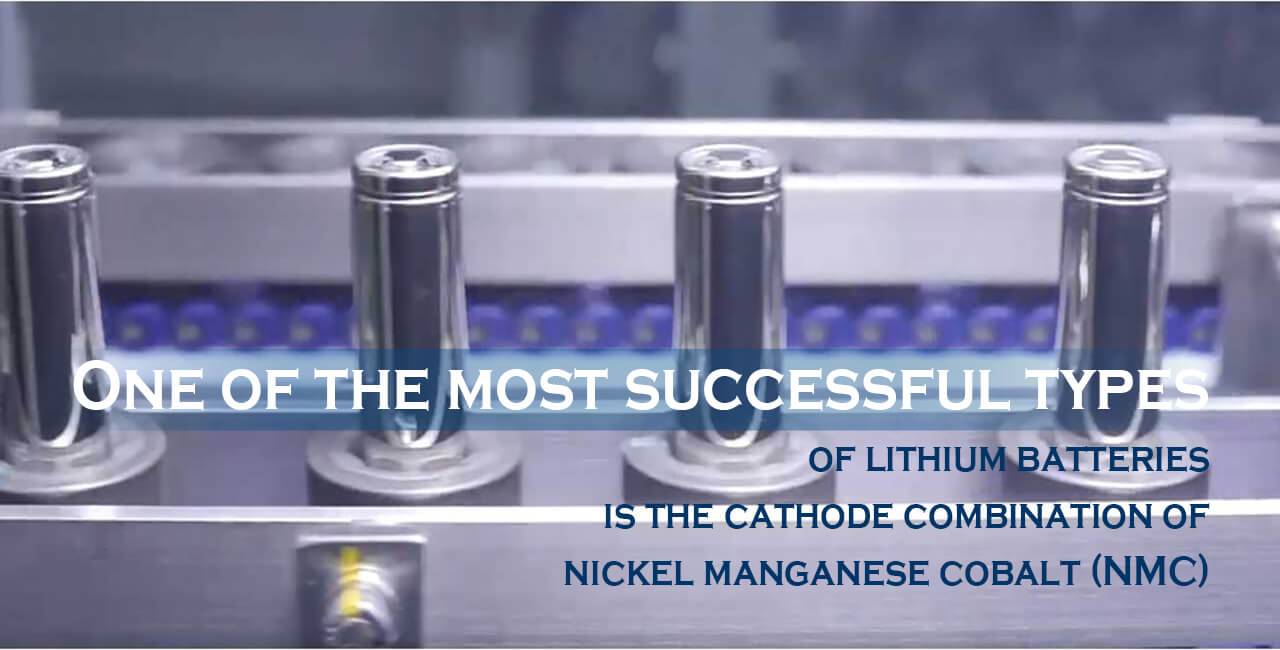 The secret of the NMC is the combination of nickel and manganese. The same is true of table salt, where the main ingredients sodium and chloride are toxic on their own, but are combined to serve as flavoring salts and food preservatives.

Nickel is famous for its high specific energy, but its stability is poor. Manganese spinel structure can achieve low internal resistance but low specific energy. The two active metals complement each other.

NMC is the popular choice among distinct types of lithium batteries for power tools, e-bikes and other electric power systems. The cathode combination is usually one-third nickel, one-third manganese, and one-third cobalt, also known as 1-1-1.

This provides a unique mixture that also reduces the cost of raw materials due to the lower cobalt content. Another successful combination is NCM, which contains 5 parts nickel, 3 parts cobalt, and 2 parts manganese (5-3-2). Other combinations of cathode materials in different quantities can also be used.

Because of the high cost of cobalt, lithium-ion battery manufacturers switched from cobalt to nickel. Nickel-based systems have higher energy densities, lower costs, and longer cycle lives than cobalt-based batteries, but they have slightly lower voltages.

The new electrolytes and additives can increase the charge of a single battery to more than 4.4V. Due to the good economy and comprehensive performance of the system, NMC hybrid lithium ion battery is attracting more and more attention.

The three active materials, nickel, manganese and cobalt, can be easily mixed to suit a wide range of applications in automobiles and energy storage systems that require frequent recycling. The divers types of lithium batteries that uses cathode combination of NMC is growing.

In 1996, the University of Texas discovered phosphate as a cathode material for rechargeable lithium-ion batteries. Lithium phosphate has good electrochemical performance and low resistance.

If maintained at high voltages for long periods of time, lithium phosphate is more resistant to all charging conditions and has less stress than other types of lithium batteries. The disadvantage is that the lower nominal voltage of the 3.2V battery makes the specific energy lower than that of the cobalt-doped lithium ion battery.

This can be remedied by selecting high-quality batteries or using advanced battery management systems, but both methods increase the cost of the battery pack.

Battery life is very sensitive to impurities in the manufacturing process and cannot withstand water doping, with some batteries having a minimum life of 50 cycles due to water impurities.

By connecting four lithium phosphate batteries in series, each battery has a voltage of 3.60V, which is the correct full charge voltage. At this point, the charge should be disconnected but continued while driving. Lithium phosphate can tolerates overcharging.

However, as most vehicles maintain the voltage at 14.40V for long periods of time during long journeys, mechanical stress on lithium phosphate batteries can be increased. Time will tell how long lithium phosphate can withstand an overcharge as an alternative to lead-acid batteries. 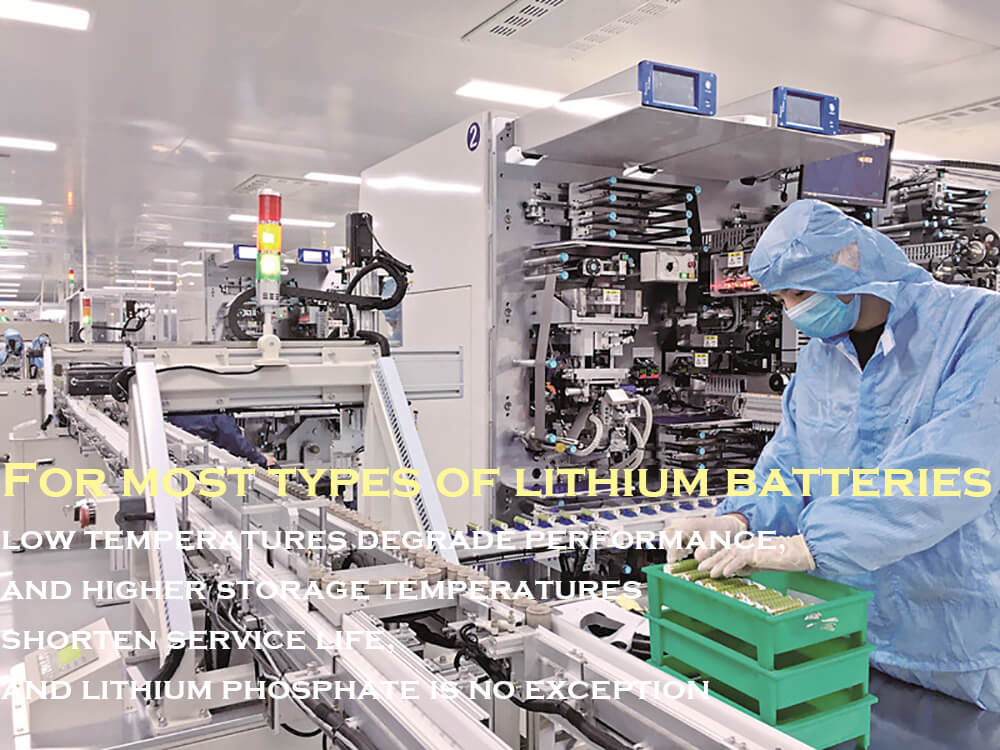 Nickel-cobalt lithium aluminate batteries or NCA have been in use since 1999. It has high specific energy, quite good specific power and long service life similar to NMC. Less flattering are security and cost.

Lithium titanate anode batteries have been known since the 1980s. Lithium titanate replaces graphite in the cathode of typical lithium-ion batteries, and the material forms a spinel structure.

The cathode can be lithium manganate or NMC. Lithium titanate has a nominal battery voltage of 2.40V, which can be charged quickly and provides a high discharge current of 10C.

It is said to have higher cycles than conventional lithium-ion batteries. Lithium titanate is safe and has excellent low temperature discharge characteristics, achieving 80% capacity at -30°C (-22°F).

LTO (usually Li4Ti5O12) has zero strain, no SEI film formation and no lithium plating phenomenon during fast charging and low temperature charging, thus it has better charge-discharge performance than the traditional types of lithium batteries that has cobalt-doped Li-ion and graphite anodes.

The thermal stability at high temperature is better than other types of lithium batteries. Batteries, however, are expensive with low specific energy, only 65Wh/kg, comparable to NiCd.

Lithium titanate was charged to 2.80V and discharged at the end of 1.80V. Typical used as electric drivetrains, solar street lamps and UPS lithium battery.