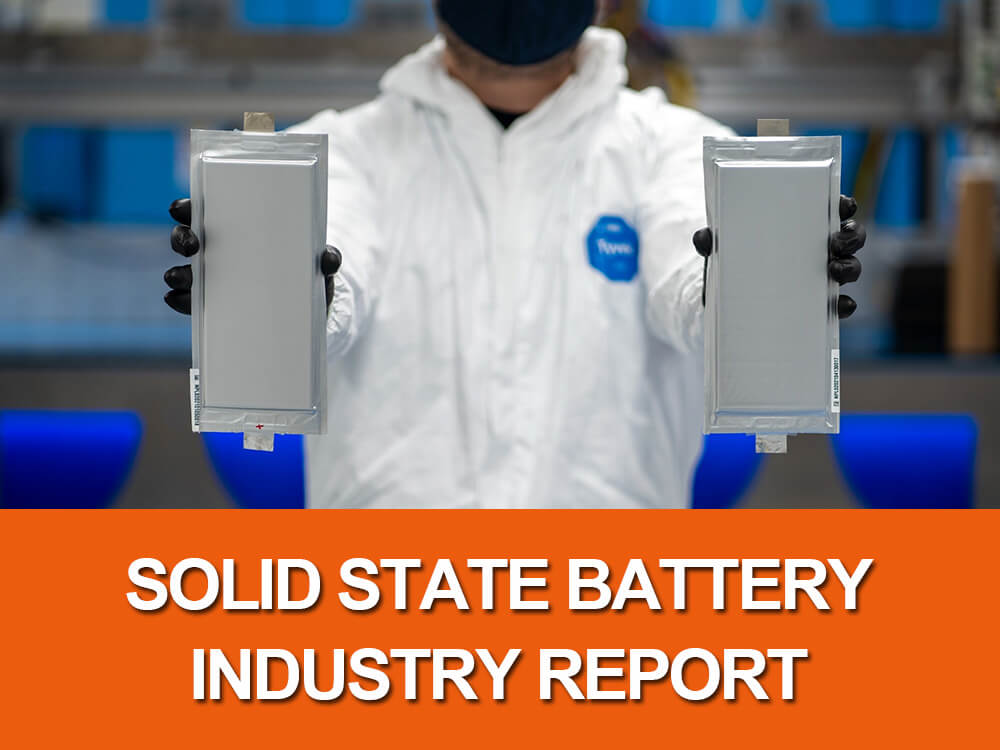 With the continuous upgrading of cathode materials, solid electrolyte can make a better fit, which is conducive to improving the energy density of lithium battery systems. 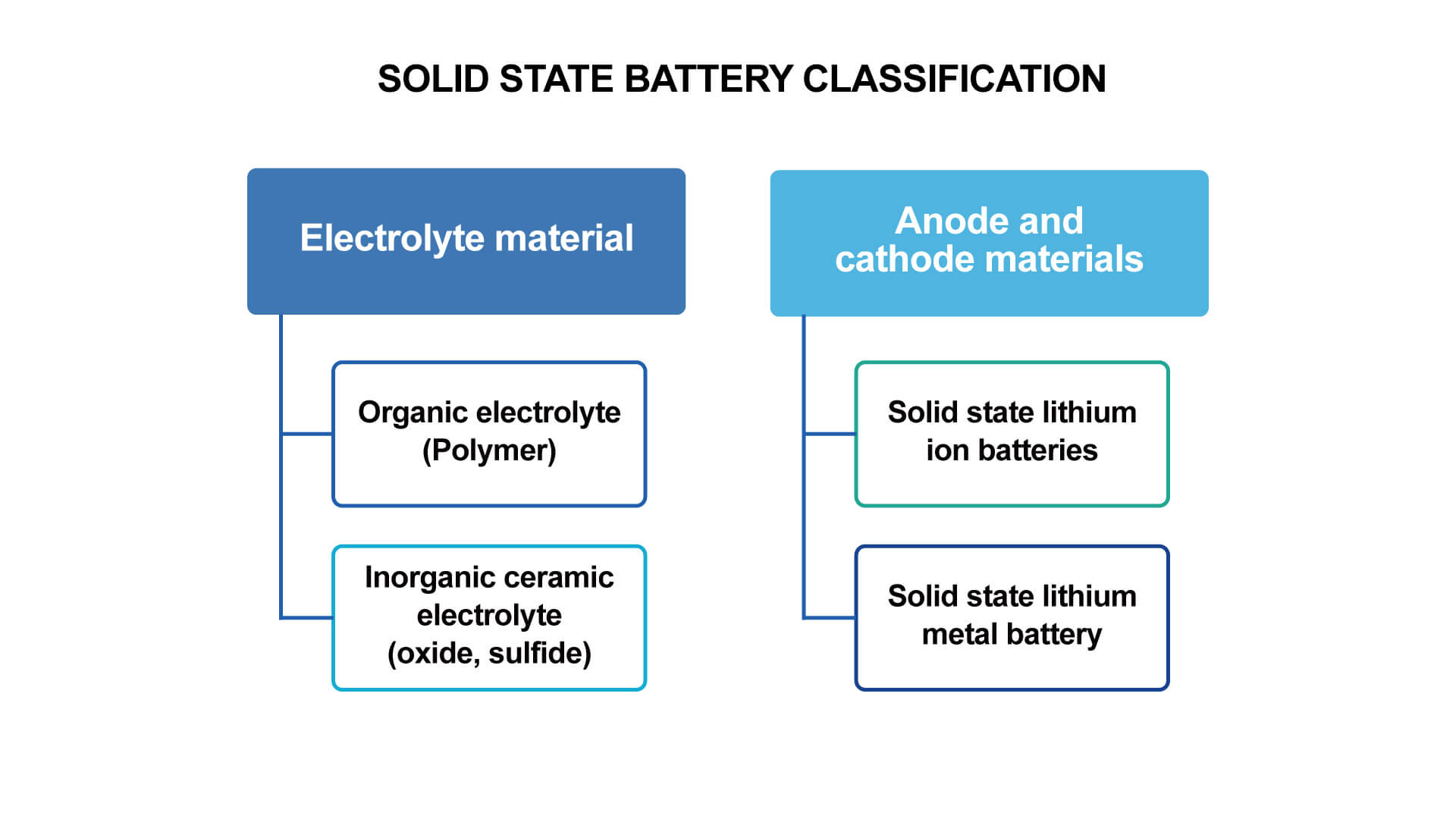 Solid state battery industry chain is roughly similar to liquid lithium battery. The main difference between the two is that the anode materials and electrolytes are different in the middle and downstream of the battery, and the cathode is almost the same.

Similar to traditional lithium-ion batteries, the cathode material of solid-state batteries generally adopts composite electrodes, including solid electrolyte and conductive agent in addition to the active substance of the electrode, which plays the role of transporting ions and electrons in the electrode. According to the cathode material classification, there are mainly ternary, lithium iron phosphate, lithium cobalt and lithium manganese. 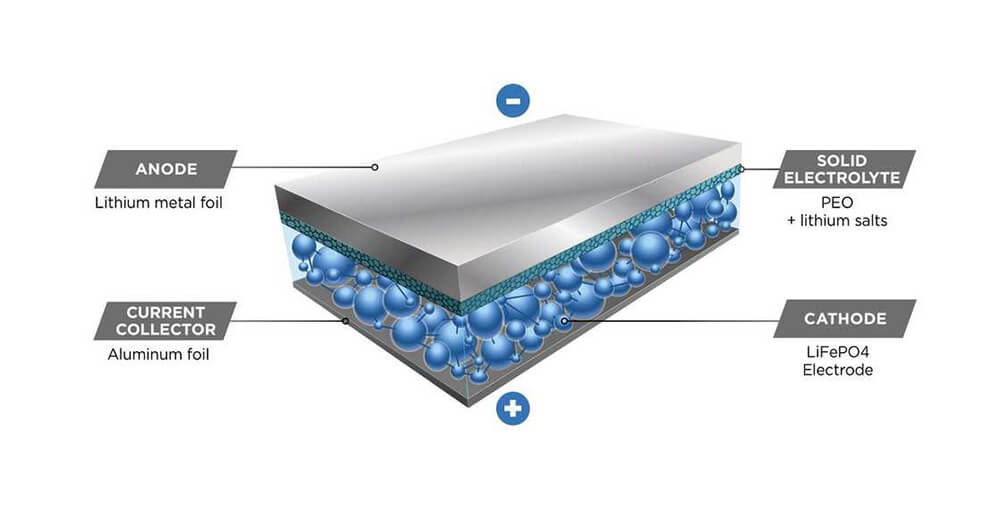 At present, Chinese cathode materials are still in a state of full competition, and the concentration degree may increase in the future. The top three companies in terms of shipments of cathode materials in China are Xiamen Tungsten, Tianjin BAMo and Germany Nano, with market share of 11%, 7% and 7% respectively. From the perspective of price trend, the overall price of ternary materials in China shows a downward trend.

The main terminal demand is not driven enough, and the superimposed raw material capacity release transmission affects the market price of ternary materials.

Using lithium metal anode is expected to enhance 40-50% of the energy density. At present, most of the world’s lithium production capacity is concentrated in China, accounting for about 70%.

Major global lithium manufacturers include Ganfeng Lithium, Tianqi Lithium and Livent, which accounted for 79% of the global capacity in 2018. Ganfeng Lithium is the largest lithium metal producer in the world, with a design capacity of 1600 tons of lithium metal in 2018 and an actual output of 1519.44 tons.

All-solid-state lithium battery uses solid-state electrolyte instead of traditional organic liquid electrolyte, which is expected to fundamentally solve the problem of lithium-ion battery safety . It is an ideal chemical power source for electric vehicles and large-scale energy storage. The three electrolyte systems of solid state battery have their own advantages and disadvantages. Among them, European and American companies prefer oxide and polymer systems, while Japanese and Korean companies are more focused on solving sulfide systems.

For now, solid-state batteries are still being developed. In the application field, it is expected to take the lead in playing the advantages of safety and flexibility, and be applied in the field of microbatteries with little cost sensitivity, such as implantable medical devices, wireless sensors, etc.

After the technological progress, gradually penetrate to high-end consumer battery. In terms of traditional consumer electronic products, such as mobile phones, computers, digital cameras and other products have been in a relatively mature market in China.

With the progress of science and technology and the arrival of the wave of intelligence, intelligent wearable devices are developing rapidly. This growth is driven by product forms such as smartwatches, continuous glucose monitoring systems, wireless headsets and new technologies such as AR/VR. As the upstream of wearable devices, the demand for solid state battery will expand with the growth of wearable devices.

With the maturity of solid state battery products, it will continue to penetrate in the future and is expected to be applied in the field of power battery. Benefiting from preferential policies, China’s new energy vehicle market has been developing rapidly since 2014. 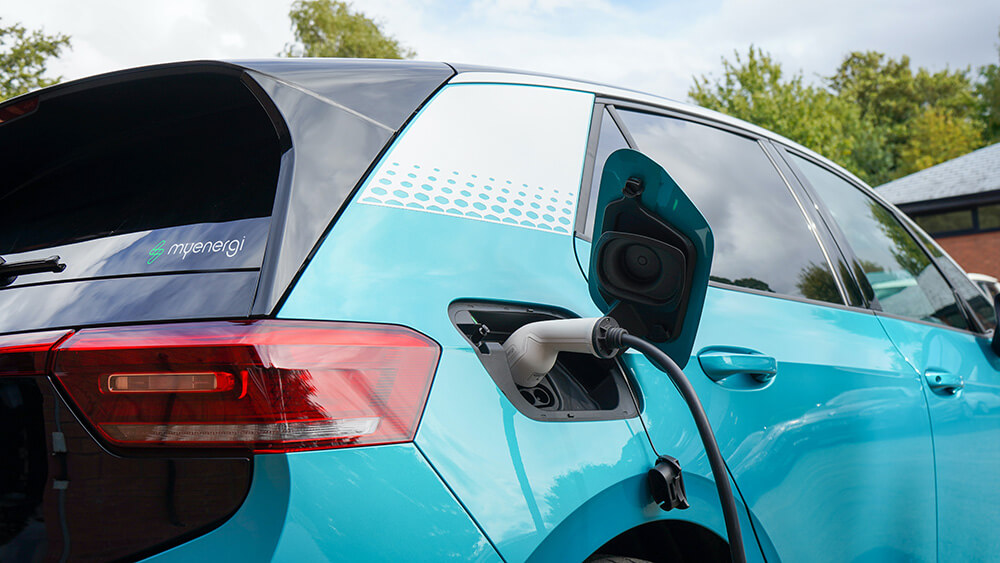 Combined with China’s guidelines for energy development, the demand for electrochemical energy storage is expected to grow rapidly in the fields of user side and grid connection of renewable energy, and the development prospect of solid state battery is bright.

Solid state battery is the only way to develop lithium battery

Technological progress cannot be achieved overnight, and solid-state batteries need to evolve from liquid electrolyte batteries. In the process, some materials are gradually replaced and some new materials are applied. 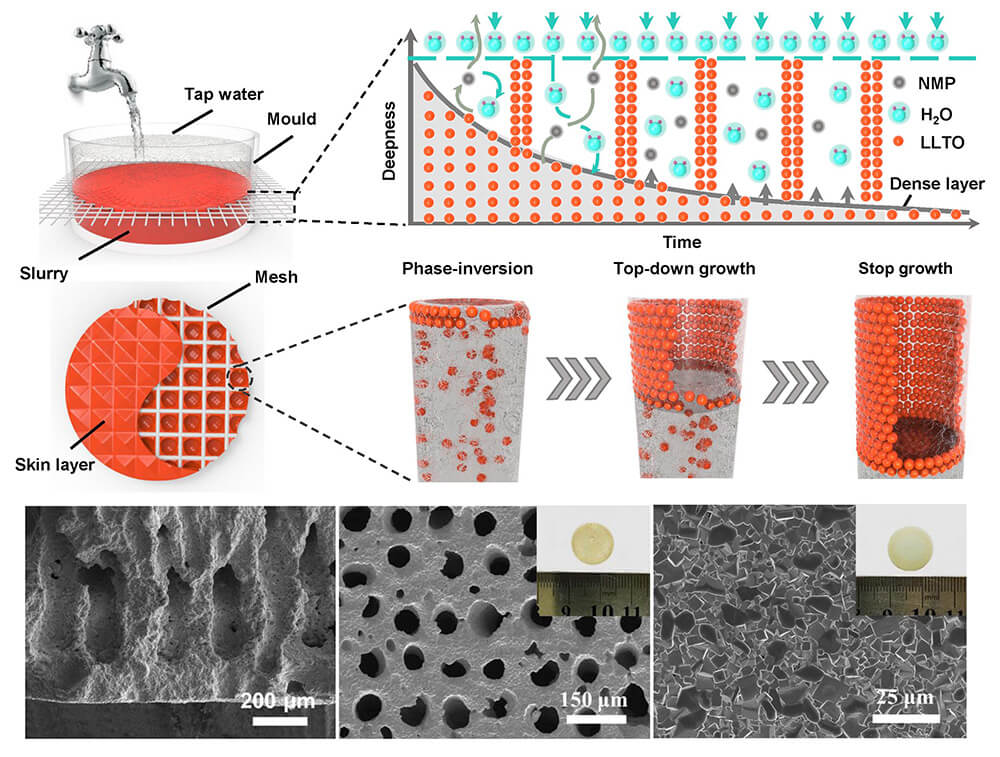 Theoretical research can be traced back to 1972

Theoretical research on solid-electrolyte lithium-ion batteries can be traced back to the 1972 NATO conference on “Rapid Ion Transport in Solids” in Belgirate, Italy, where Steele discussed the basic criteria for suitable solid-state electrolytes and pointed out the potential of transition metal disulfide as a cathode material for batteries. In the same year, Armand applied Li/TiS2 to Na+ diffusion in the cathode of ternary graphite with solid β -alumina as electrolyte, which was the first report on solid state battery.

The industry is still in the research and development stage

Currently, more than 50 manufacturers, startups and university research institutes around the world are working on solid-state battery technology, which has yet to be commercialized on a large scale.

Japanese automakers are relatively early in the research and development of solid state batteries. Toyota, the earliest company to enter the market, launched a cooperation with Ilika in 2008, and announced its cooperation with Panasonic in early 2019. Mitsubishi, Nissan, Panasonic and other companies have accelerated the layout of solid state battery industry, to achieve mass production as soon as possible. 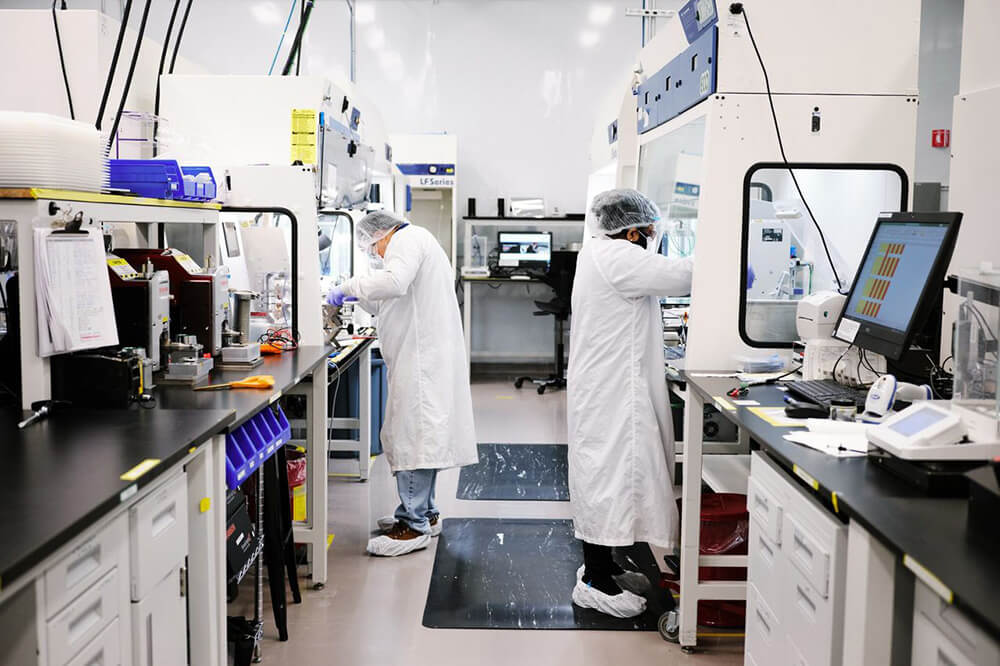 More companies in other fields are optimistic about cross-border investment in solid batteries, such as Wanxiang Group, which focuses on auto parts, and BYD, a new energy vehicle. Chinese car companies, along with battery companies and emerging electric vehicle manufacturers, are moving faster, with solid-state batteries expected to be installed in electric vehicles by 2025.

With the continuous improvement of requirements for lithium batteries in downstream application fields, countries are seeking the development of solid state batteries, and relevant plans are gradually falling into place.

In December 2019, China released the New Energy Vehicle Industry Development Plan (2021-2035), which calls for strengthening the research and development and industrialization process of solid state battery, bringing solid state battery to the national level for the first time.

From the current planning, the development goals of Solid-state batteries in China are mainly the improvement of energy density and the progress of material system. 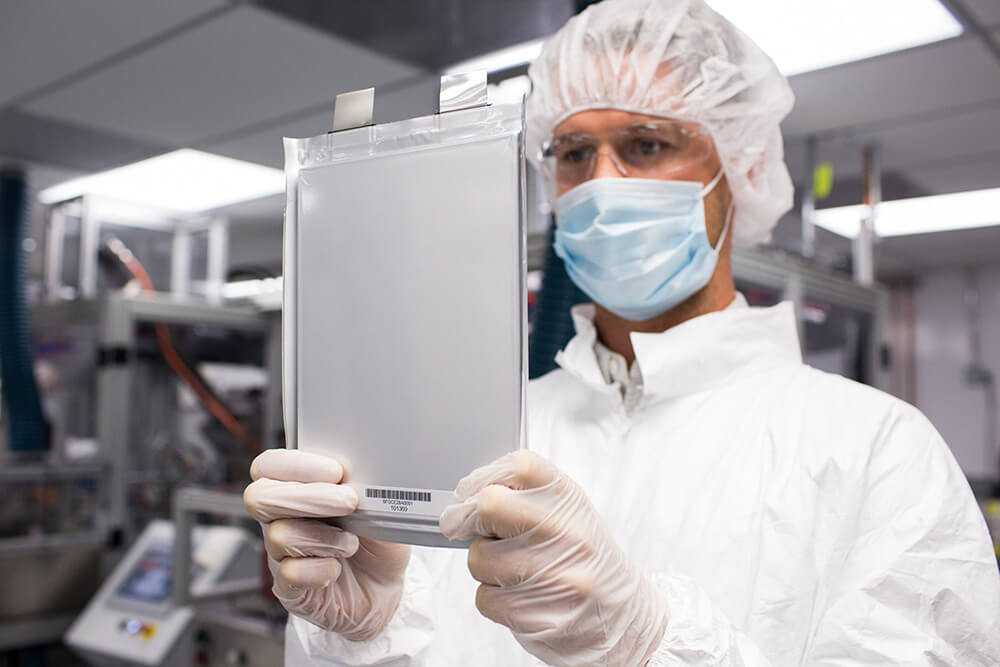 Considering the development path of lithium battery technology, various plans, as well as the demand growth of downstream power batteries and energy storage batteries, the development of solid state battery industry will become an inevitable trend.