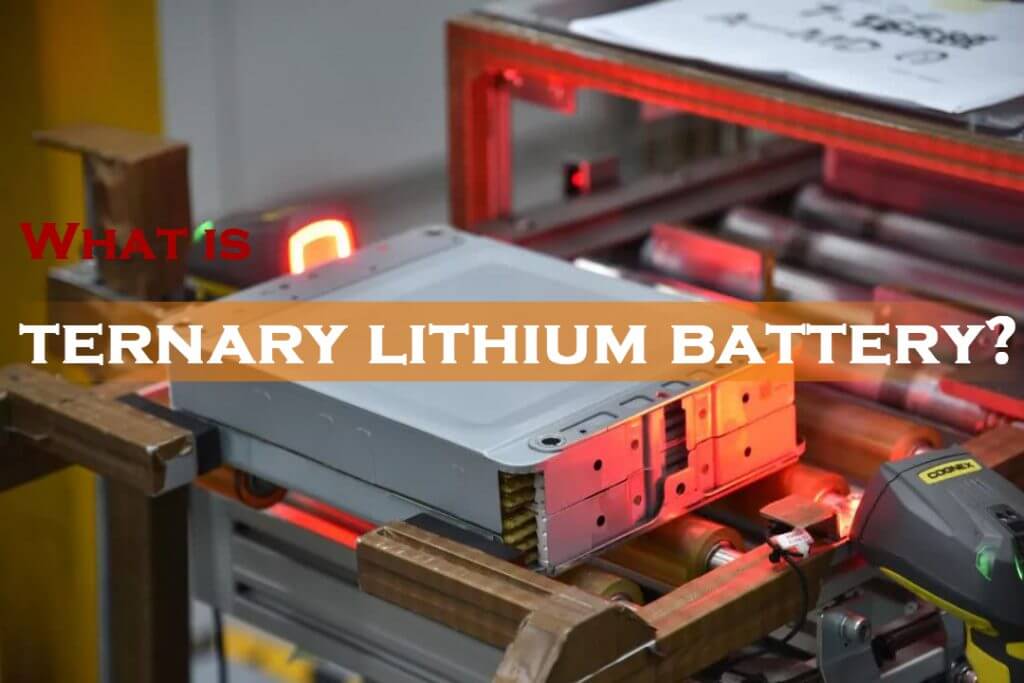 What is ternary lithium battery?

Nowadays, the automobile industry is in the process of high-speed electrification, and auto batteries have become a very important part of electric vehicles, which to a considerable extent affects and determines the cost, mileage, price, stability and safety of the vehicle.

Therefore, the importance of the auto batteries is more than the engine of the traditional fuel car.And which kind of battery to choose to ensure the good performance of the electric car has become a problem. Ternary lithium battery is one of the main cell material of electric vehicle battery.

The concept of ternary lithium battery

You can better understanding the ternary lithium battery from the video below(1:29 – 2:24). 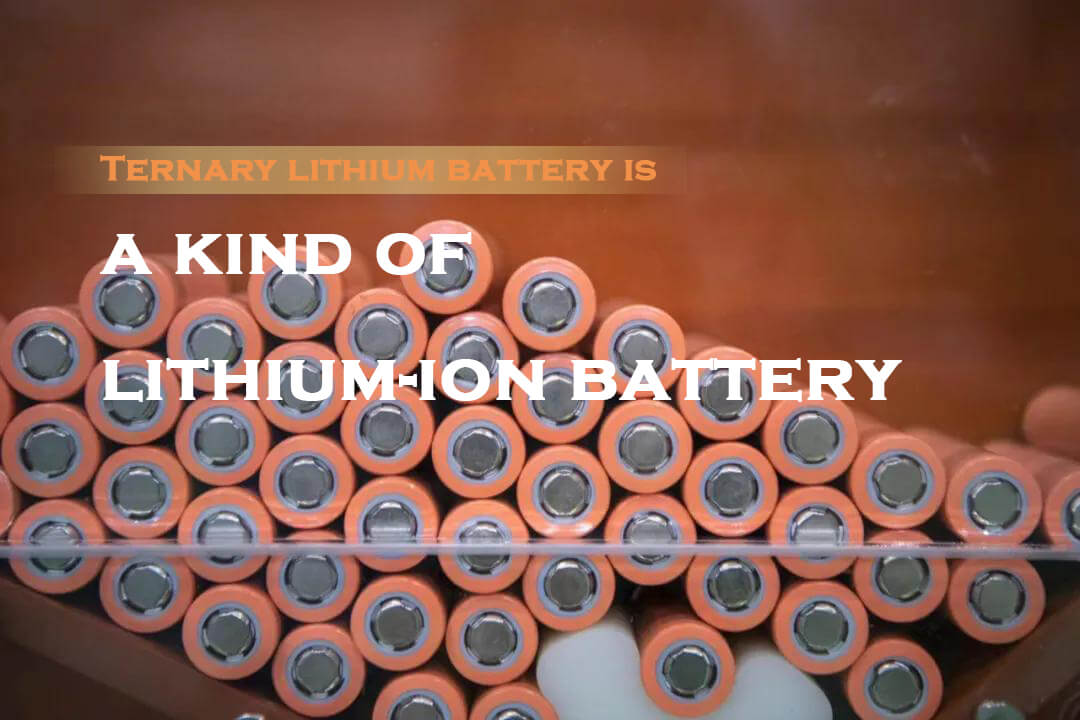 Co3+ : reduce the cationic mixture occupying, stabilize the layered structure of the material, reduce the impedance value, improve the conductivity, improve the cycling and efficiency performance.

The greater the concentration of Nickel ion in the lithium layer, the more difficult it is for lithium to disassemble in the layered structure, resulting in poor electrochemical performance. 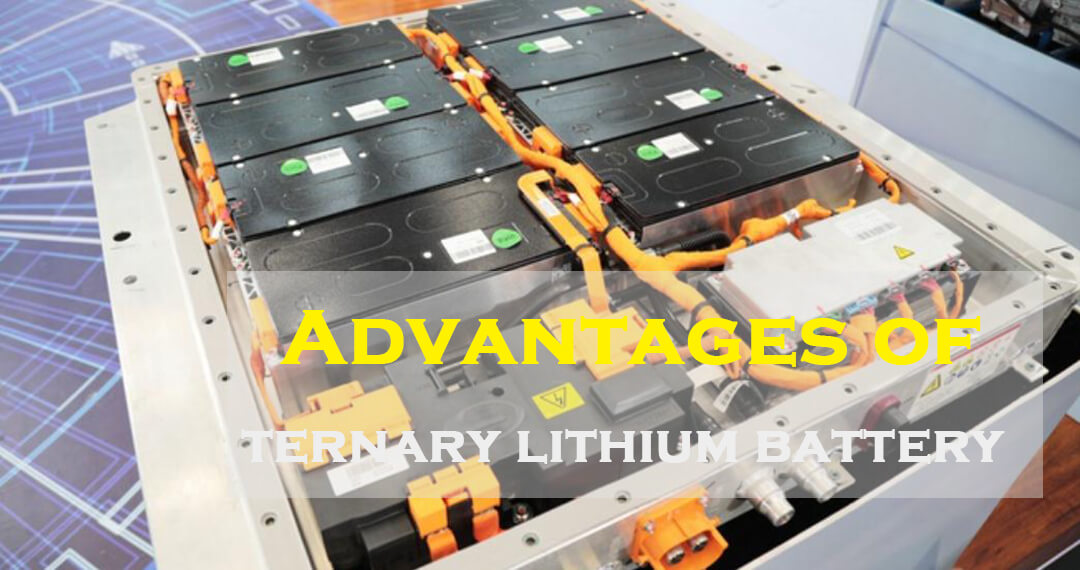 Mn4+ : It can not only reduce the cost of materials, but also improve the safety and stability of materials. However, high Mn content will easily appear spinel phase and destroy the layered structure, resulting in reduced capacity and cyclic attenuation. 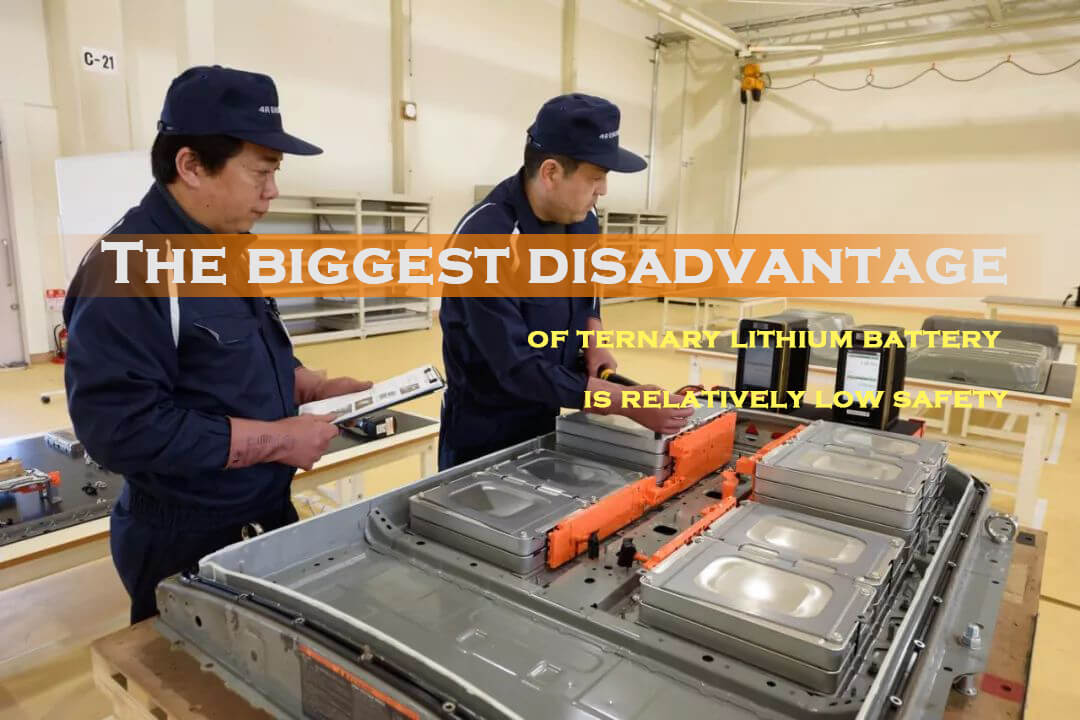 In the field of electric vehicles, ternary lithium battery and lithium iron phosphate battery are two mainstream. Their physical and chemical structures are different, so the material properties are also different, leading to the difference in performance. 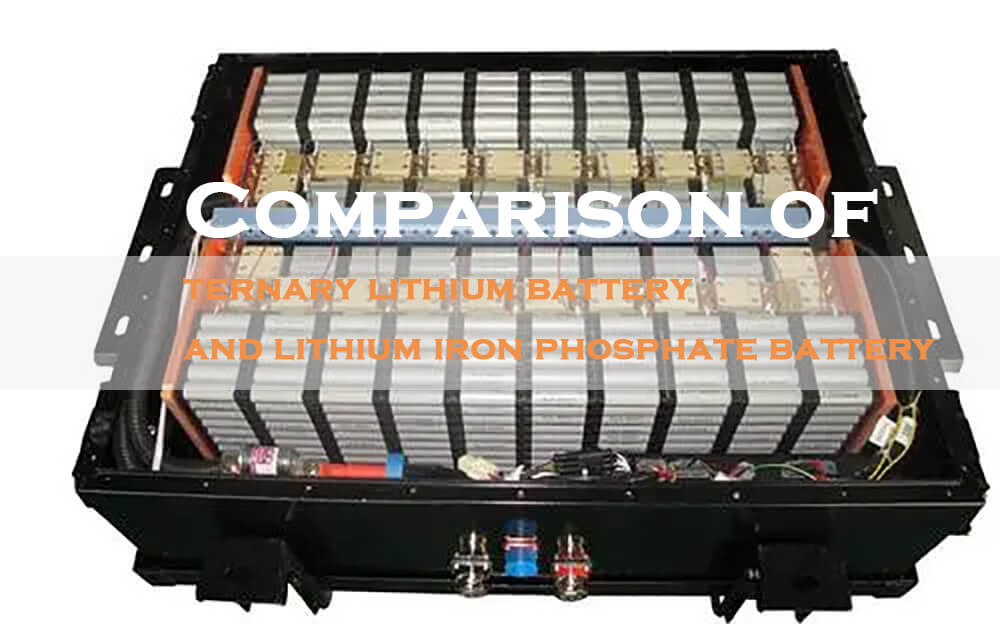 This is because from the perspective of the structure of the material itself, ternary material has lower molecular weight under the same number of lithium ions, so its specific capacity is higher than that of iron lithium, and the energy density of the battery is also higher.

The lithium iron phosphate crystal presents a three-dimensional network olivine structure, forming a one-dimensional Li+ transport channel, limiting the diffusion of Li+. At the same time, the octahedral FeO6 is co-apex linked, resulting in electron mobility 100-1000 times slower than that of the ternary layered structure.

The lithium ions in the ternary cathode electrode can move in two different directions, which makes the battery more powerful and more capable of charging and discharging than lithium iron.

However, as the radius of Ni2+ (0.069nm) and Li+ (0.076nm) is close to each other, the probability of Li and Ni mixing increases rapidly with the increase of nickel content in terpolymer sintered materials at high temperature, which makes Li+ disintercalation difficult, resulting in the reduction of specific capacity and cycling properties of materials and difficult to reverse.

In addition, with the increase of nickel content, the unstable Proportion of Ni3+ in the material increases, which tends to react with moisture and carbon dioxide in the air, exacerbating the loss of specific capacity and cycling performance.

On the contrary, the P-O chemical bond of lithium iron phosphate is relatively stable, which will decompose only when the temperature reaches 700-800 degrees Celsius. Even if the battery is deformed and damaged, oxygen molecules will not be released and violent combustion will occur. Therefore, lithium iron battery has better stability and safety performance. 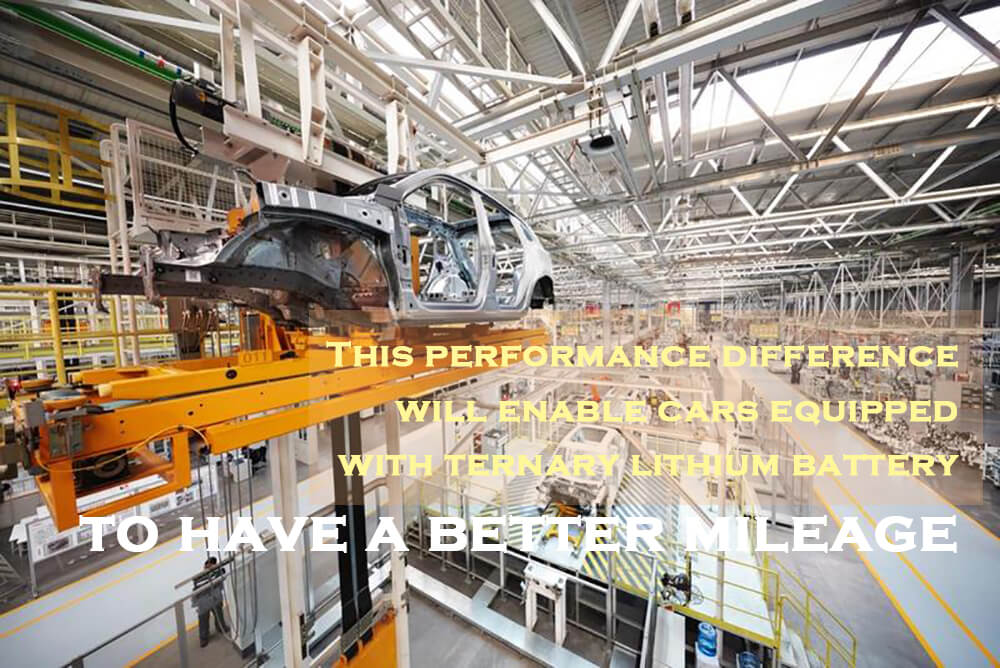 In addition, by comparing the performance differences between ternary lithium battery and lithium iron phosphate battery, it is found that the ternary cathode has advantages in cathode specific capacity and battery energy density due to the active layered lattice structure compared with olivine structure of lithium iron, and its low temperature performance is also better than that of lithium iron.

Because of its more stable lattice structure, the lithium iron material has an obvious advantage in safety and stability at high temperature. At the same time, the stable structure of iron lithium also brings higher first effect and cycle life than ternary.

In addition, the electrochemical performance of ternary lithium battery and lithium iron phosphate battery is also different because of the SOC curve. The SOC curve of ternary lithium battery has a relatively linear relationship with its voltage level, while the SOC curve of lithium iron battery cannot be easily determined by its voltage transformation because of its long charging and discharging platform and the voltage mutation after the plateau period.

The estimated SOC of ternary lithium battery is within 1-2% of its actual value, while the estimated SOC of iron lithium battery may be about 10% of its actual value. Car owners often want to know how long will auto batteries last when driving(click the link to get to know how to calculate), due to the difference of SOC curve, car with ternary lithium battery is more able to calculate and display the remaining range, while car with iron lithium model is prone to a sudden drop in the range display coefficient, thus bringing the difference in the use experience of owners. 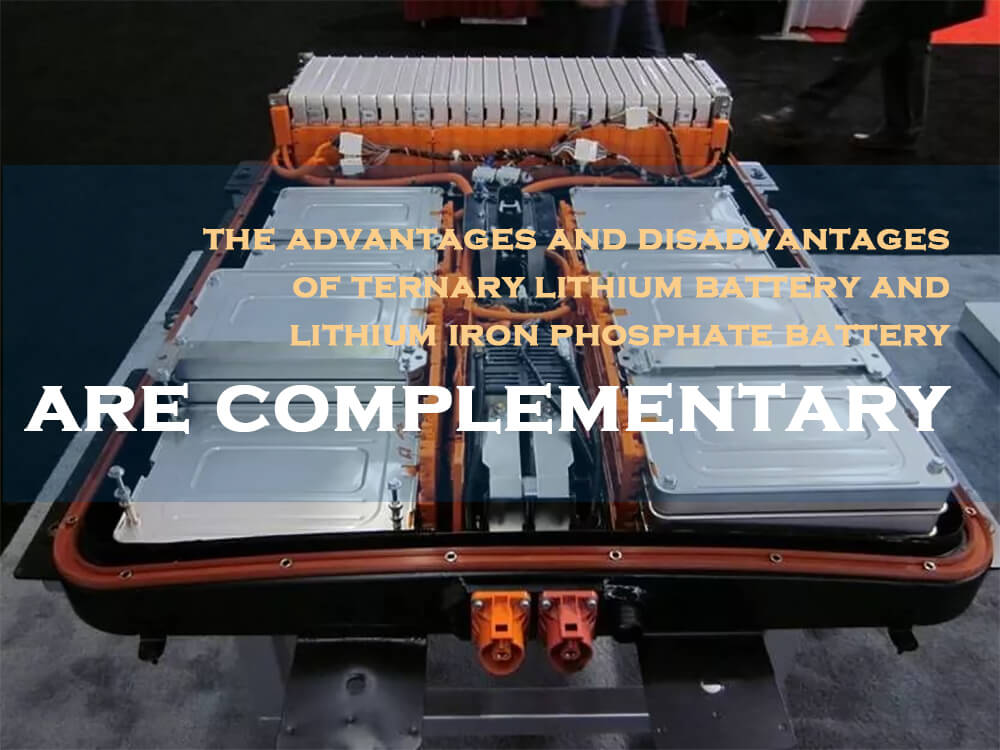 The battery’s energy density did improve further, but issues of longevity, overheating and even safety came up again. Not to mention the use of rare metals, resulting in ternary lithium battery have been burdened with high cost pressures.

At the same time, iron-lithium material has obvious price and cost advantages compared with nickel, cobalt and manganese, which are more scarce in ternary materials, because its components are mainly cheap iron and phosphorus. 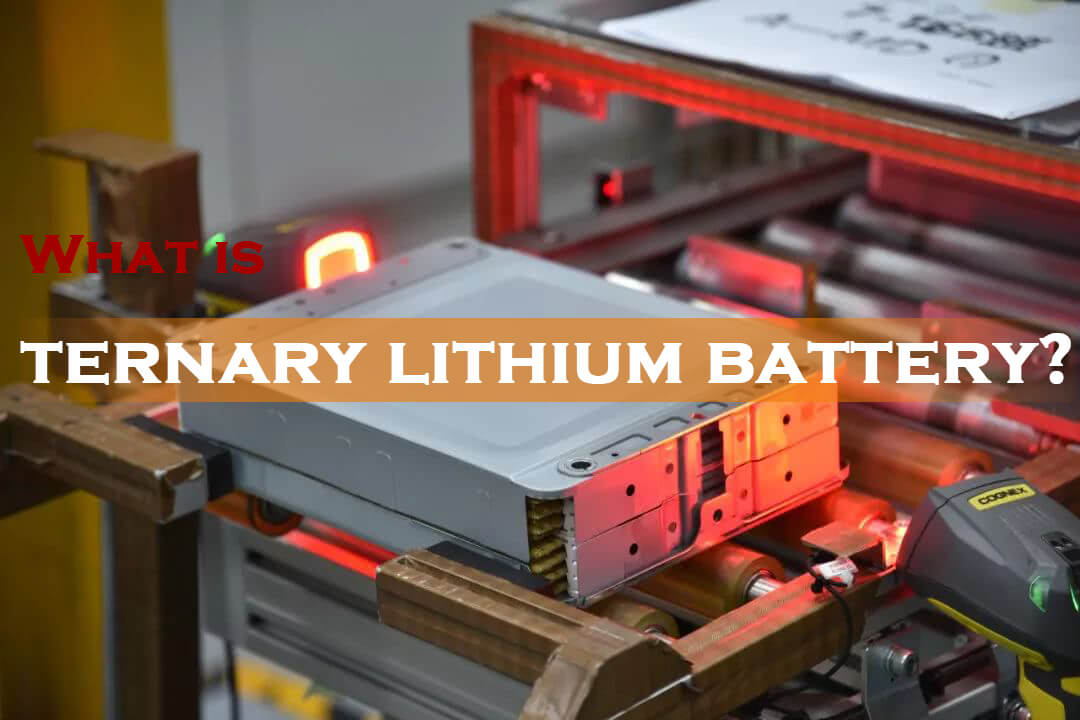 Coupled with more cycles of charging, and does not contain the rare metal cobalt, resulting in a large cost advantage. Of course, the disadvantages of lithium iron phosphate are low energy density, serious attenuation at low temperature, large estimation error of remaining power and so on.

Theoretically, if lithium ternary and lithium iron phosphate cells are put together in series in a certain proportion, you can get a relatively balanced battery in all aspects. And after series, because the battery system has better heat resistance of the iron lithium cell, if the thermal loss of control, the iron lithium cell can also block the heat transmission to a certain extent.

However, no such series products have been produced, which means that this theoretically feasible solution has encountered huge and unsolvable problems in practice.

Nevertheless, recently, Nio has launched a ternary iron lithium battery pack, which means that the theoretical and practical difficulties have been solved and the product can be actually mass-produced.

The new pack has a 14% increase in energy density to 142Wh/kg, but only about 15kg more weight. According to official data, the mileage of NiO models with the new battery pack will increase by more than 30km compared with the previous period of 70kWh ternary lithium battery pack.