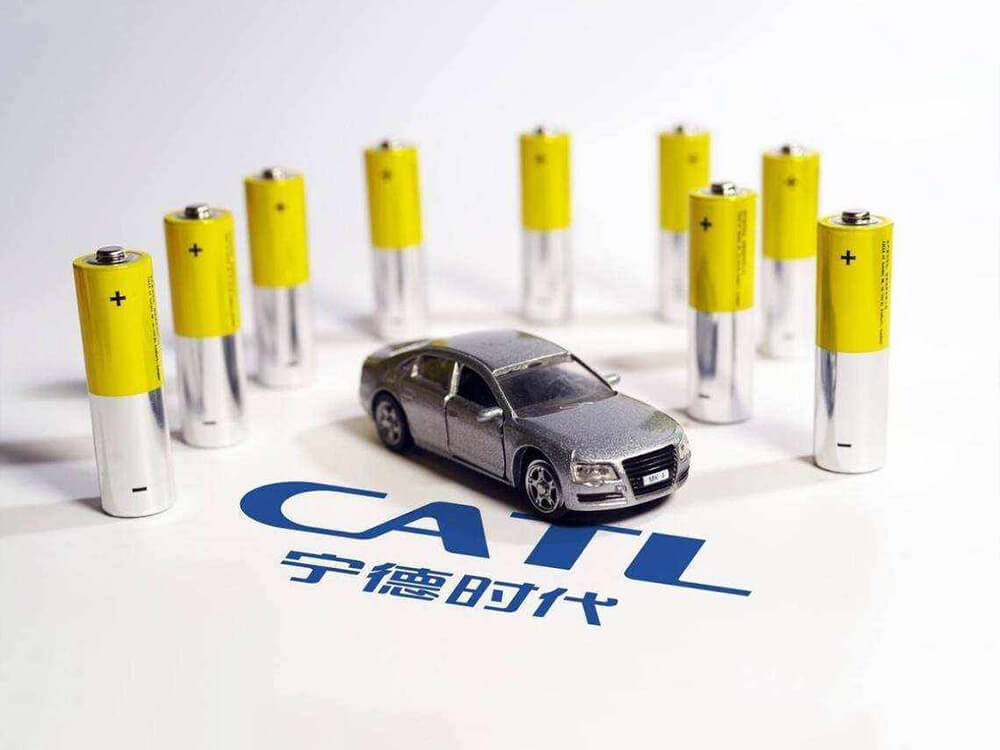 Solve range anxiety in electric car : charging or swapping, who is better?

Recently, CATL officially announced its entry into the power exchange market and will release the power exchange brand EVOGO. EVOGO is evolution+go, which means that future travel will evolve to be more convenient. It is reported that the battery replacement products launched this time will be available to all car companies.

Swapping means that the car and the battery exist as completely independent entities. When the electric car needs to be charged, it can directly drive to the swap station to remove the dead battery and install a fully charged battery. The whole process only takes a few minutes, which is similar to the refueling time, which can effectively solve the mileage anxiety problems of pure electric vehicles such as long waiting time for charging and insufficient charging piles.

As a promoter of battery swapping technology, NIO has deployed more than 700 swapping stations across the country. By 2025, NIO plans to deploy more than 4,000 swap stations around the world. In East China, NIO basically has swap stations within a radius of 400 kilometers. In theory, there is no mileage anxiety in this area. 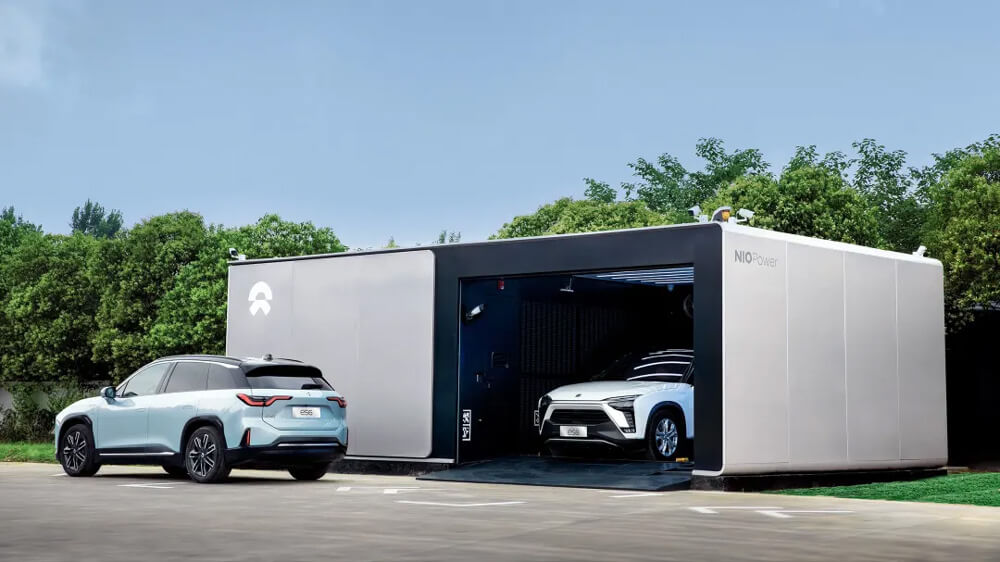 Why did CATL choose to enter the power exchange market?

Battery swapping technology is currently one of the major directions for the development of electric vehicles. Domestic car companies NIO and BAIC have made early deployments in the battery swapping field, and the newly launched battery swapping platforms of the two companies can both achieve machine swapping in less than 3 minutes. Electricity is very efficient.

As early as the 2020 annual performance briefing in May 2021, Chairman Zeng Yuqun said at the exchange meeting that, as an energy source for electric vehicles, we believe that battery swapping and fast charging are better than hydrogen energy in terms of economy and maturity. , The company and car companies have negotiated relevant cooperation.

There are 11 cities included in the scope of the pilot, including 8 cities in the comprehensive application category (Beijing, Nanjing, Wuhan, Sanya, Chongqing, Changchun, Hefei, Jinan), and 3 cities in the heavy truck category (Yibin, Tangshan, Baotou).

Previously, CATL revealed that it is developing a BEV battery pack that can achieve a battery life of more than 1,000km, a 10-minute fast charging, and a 16-year 2 million-km service life.

Personally, I think there are many reasons. First, charging and battery technologies are currently encountering a lot of bottlenecks, and it is impossible to achieve long battery life, fast charging, and low cost in the short term. Second, the market prospect is broad. According to Bloomberg’s forecast, by 2040, the proportion of my country’s new energy vehicle power consumption in the total electricity consumption of the whole society will rise from 1.3% in 2020 to 8%, and the size of my country’s power exchange market will exceed 500 billion yuan. 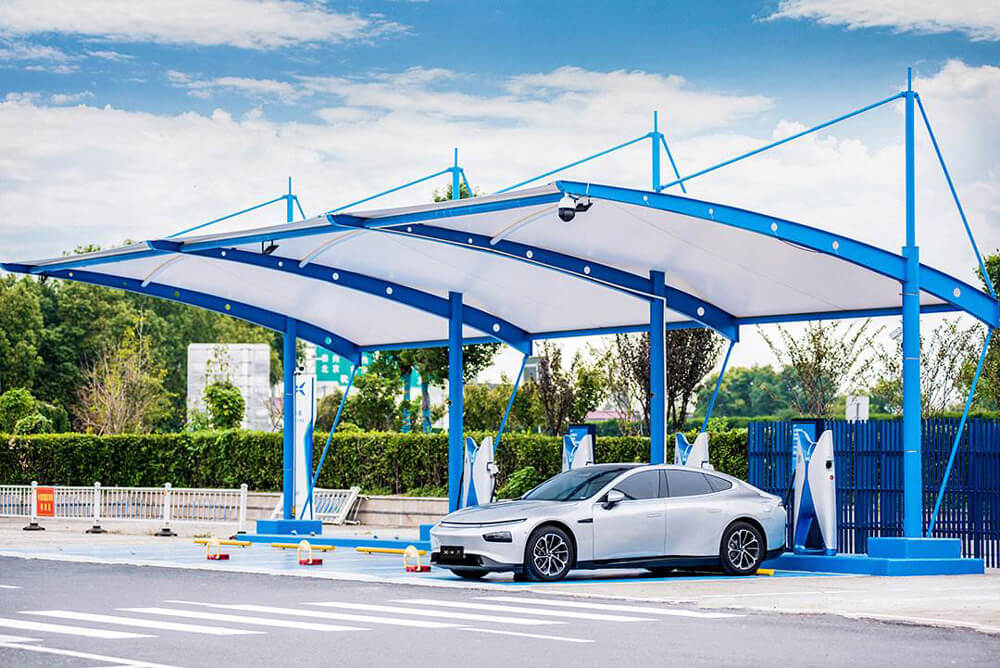 Who is the king in the battery swap and charging battle?

In fact, under the promotion of Tesla, charging has almost become the consensus of most market participants. However, in 2020, GAC Aian announced a so-called “80% battery full in 8 minutes, NEDC battery life” The 1000km” brand new power battery technology poster aroused great attention and heated discussions in the market, but it was quickly slapped in the face. At the China Electric Vehicle 100 Forum that year, Ouyang Minggao, an academician of the Chinese Academy of Sciences, said: “If someone tells you, this The car can run 1,000 kilometers, can be fully charged in a few minutes, is safe, and costs very little. With current technology, he must be a liar.”

Then, in the face of the future predicament of charging, the rise of the battery swap mode becomes logical. Then, when the battle between charging and battery swapping really starts, who is the real king?

For example, the more common urban traffic scenarios such as online car-hailing, buses, and taxis in our daily life, as well as the outbound travel scenarios such as highways, in these scenarios, whether it is because of making money or because of long-distance travel, long-term Time charging is actually very difficult to do, and changing the battery has become the easiest thing. From the perspective of most office workers and urban mobility, the cost of the battery swapping mode is undoubtedly higher than the cost of the charging mode. For example, you only drive 30 to 40 kilometers per day to go to work, and stop the car when you arrive at the company. In this case, charging is undoubtedly the most cost-effective way to play.

Secondly, the key point of battery swapping and charging is whether fast charging and long battery life can be achieved at the same time. In fact, just like Academician Ouyang’s point of view, the current technical conditions for long battery life and fast charging are paradoxical conditions that are difficult to meet. If the charging technology of cars in the future can reach a level similar to that of “charging for five minutes and talking for two hours” for mobile phones , in fact, it will be possible to completely change the current disputes between battery replacement and charging. As long as the charging is fast enough, there is no problem of battery replacement and charging. 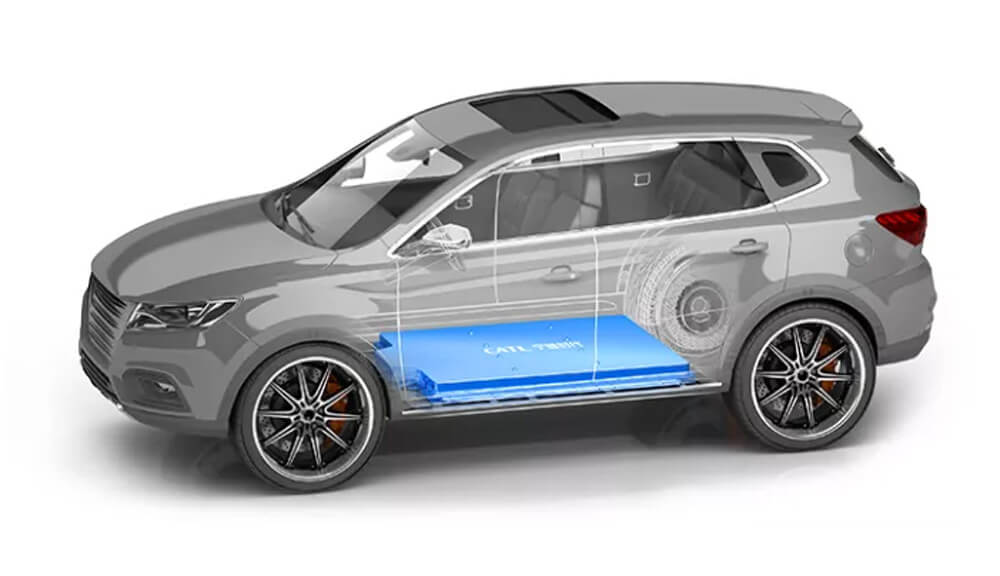 However, for Weilai, there is one more co-promoter of its power exchange mode, which is undoubtedly a good thing. This time, the CATL personally ended, which undoubtedly proves that the power exchange mode still has a certain degree in the market. This is the most promising thing about the battery replacement mode, but the battle between battery replacement and charging will definitely go on for a long time. Unless the battery technology achieves breakthroughs, everything is still unknown. The first breakthrough or the battery replacement cost will come down first, which will become the key point to determine the direction of the entire industry.

The first is consumer perception. Many people feel that if they spend money to buy a new battery and replace it with an old one as soon as the battery is replaced, they are at a loss, so they are more resistant to changing the battery. Secondly, the CATL serves all car companies, which is different from the self-operated battery swap of the Weilai brand. Each car company has different pure electric platforms, battery models, etc. If the battery needs to be replaced, should the battery be standardized? This is another long process. 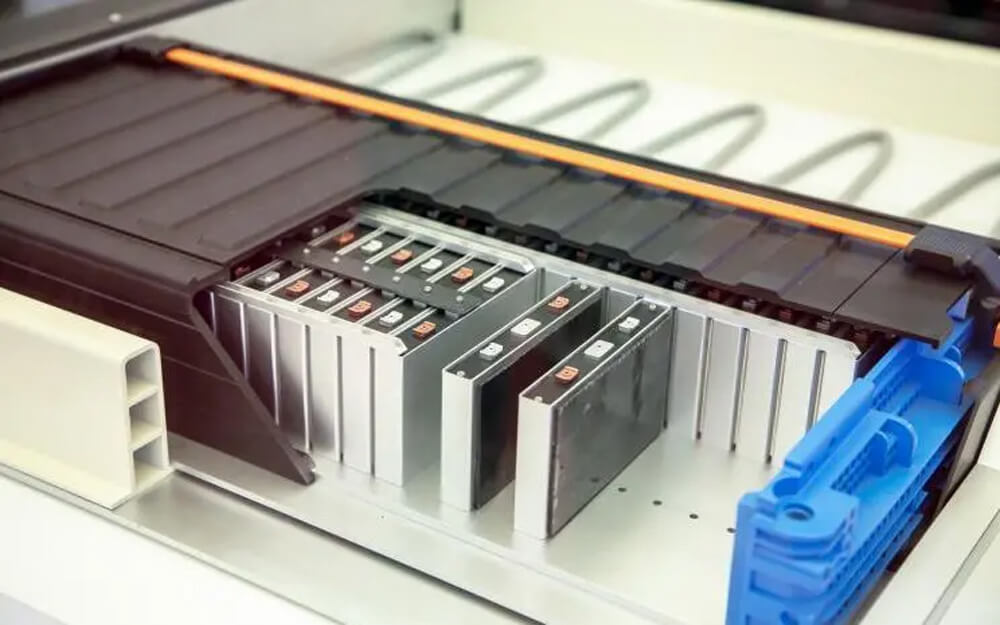 Of course, as a certain technology is more widely used, more manpower and material resources will be invested in research and development, and supporting industries will be more complete, thereby promoting the development of this technology. It’s also possible to reduce costs if swapping patterns become more common.

In fact, although power exchange and charging are two completely different ways of replenishing energy, they have their own perfectly corresponding scenarios. The advantage of fast battery replacement is suitable for most scenarios that require uninterrupted use, such as online car-hailing, buses and other urban transportation, or high-speed long-distance travel. But for more regular commuting scenarios, the price of battery replacement is undoubtedly higher than that of charging. For example, office workers drive 20 to 30 kilometers every day on weekdays, stop to charge when they arrive at the unit, and drive away at night. Obviously, there is no need to change the battery. 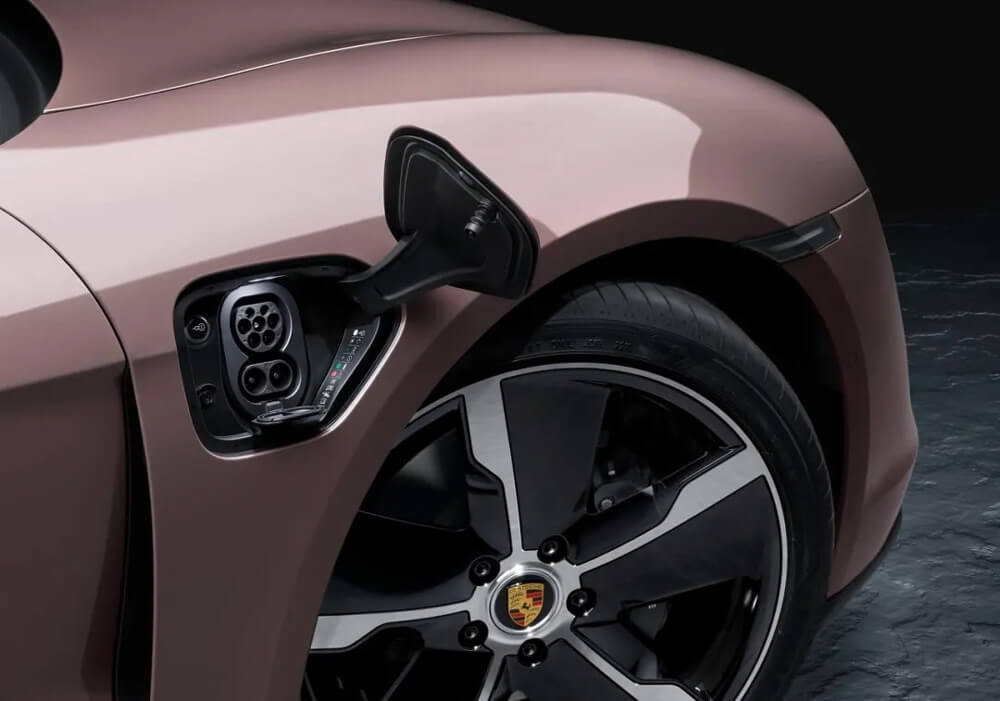 Therefore, it is difficult to replace each other with battery swapping and charging until battery swapping becomes cheap, or charging for five minutes for hundreds of kilometers. There is no best, only the best.

On the afternoon of January 18, Zeng Yuqun, chairman of CATL, gestured to the camera with a piece of “chocolate” and smiled. However, what he is promoting this time is not chocolate food, but the latest “chocolate power exchange block” launched by the Ningde era. 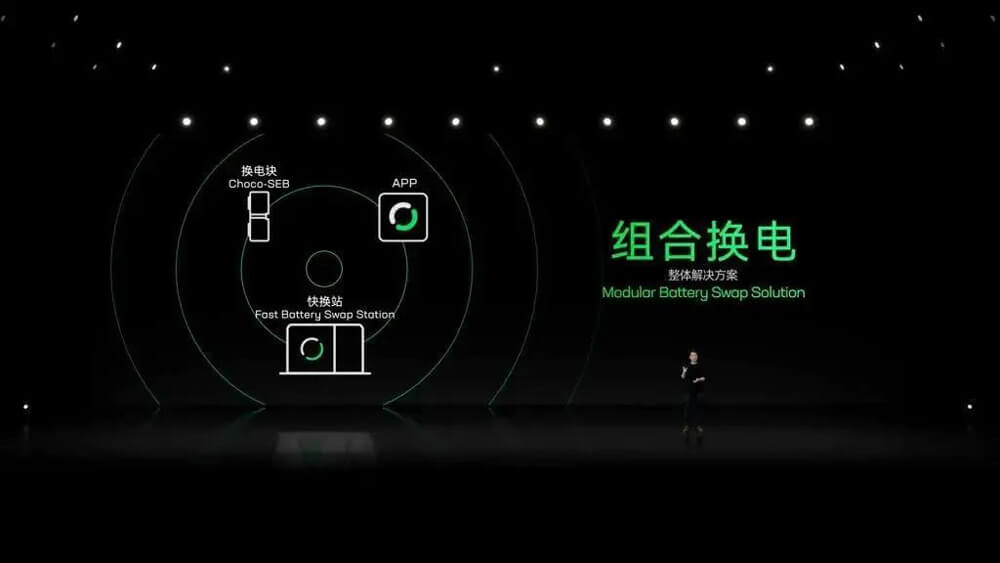 On January 18, CATLs’ wholly-owned subsidiary, Times Dianfu, released the power exchange service brand EVOGO and the overall solution for combined power exchange. The solution is rechargeable and replaceable, and will form a full-scene energy replenishment method together with the existing home charger and fast charger.

In addition, in terms of “exchange block”, “chocolate power exchange block” is a battery specially developed for mass production for shared power exchange. It adopts the latest CTP technology of CATL, with a weight energy density of over 160Wh/kg and a volumetric energy density of over 325Wh/ L, a single battery can provide a range of about 200 kilometers. 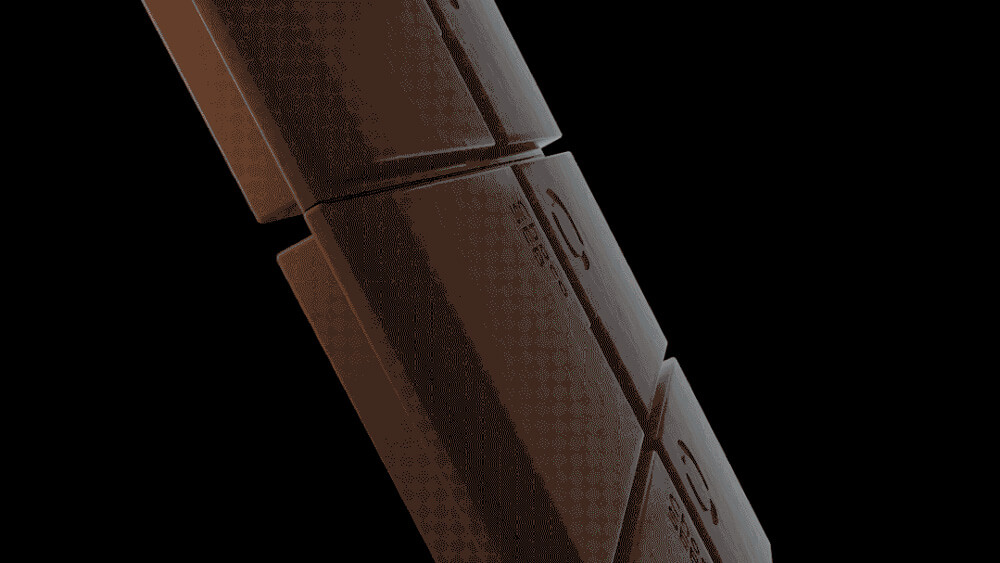 The combined power exchange method is suitable for A00 to C-class passenger cars and logistics vehicles, and can be adapted to 80% of the models developed by the pure electric platform that have been launched in the world and will be launched in the next three years.

At present, the new energy vehicle industry has entered a new stage of explosive growth. With the rapid development of the market, mileage anxiety, energy replenishment anxiety and purchase cost have become the main factors that plague new energy vehicle consumers.

Each power exchange station of Times Electric Service covers an area of three parking spaces, and it takes about 1 minute for a single battery to be exchanged. The data shows that at present, the shortest time for a passenger car to change power, it takes about 3 to 5 minutes.

Although the power exchange time is decreasing, due to the small number and uneven distribution of power exchange stations, the situation of “charging for 5 minutes and waiting for 1 hour” often occurs in reality. The reporter saw on a battery swap app that there are hundreds of battery swap stations in Beijing, China, but in some places with high traffic flow, the number of queued vehicles is often larger than the number of available batteries. 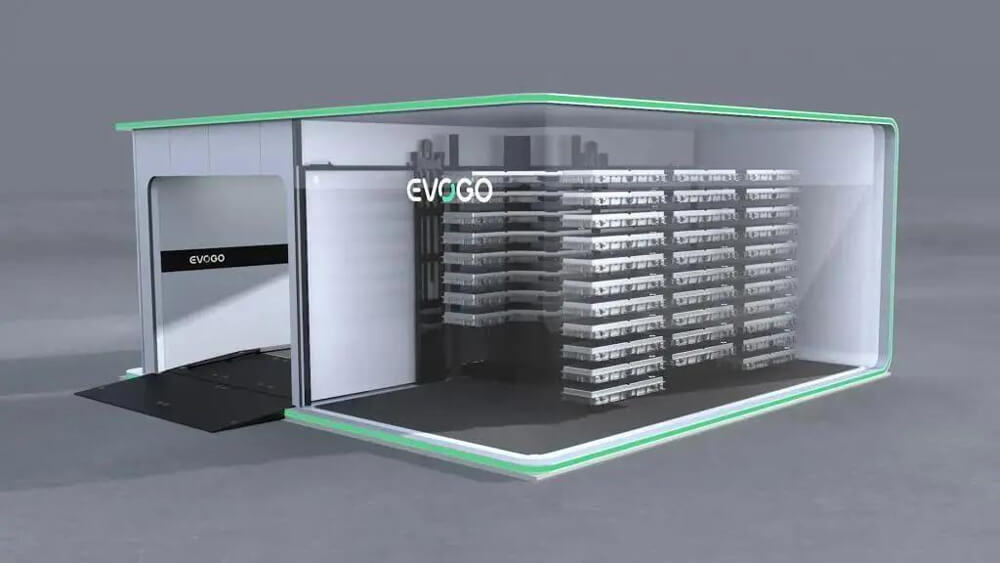 With the development of new energy vehicle technology, users no longer have the anxiety of cruising range, but are more and more concerned about the charging time. It is understood that each power exchange station of Times Electric Service can store 48 power exchange blocks to ensure that users can replace the fully charged power blocks at any time without waiting for a long time.