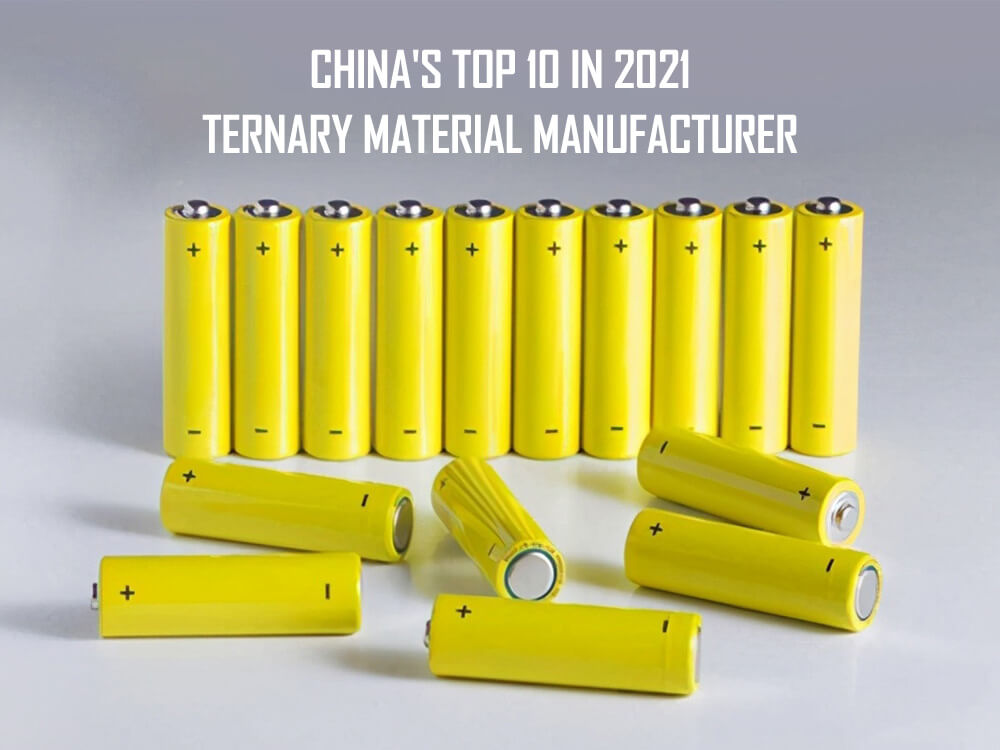 Ternary batteries are one of the most popular types of lithium ion batteries. In 2020, the market size of Ternary lithium materials in China was 27.8 billion RMB, with a year-on-year growth of 7%. The TOP 10 Ternary material manufacturers in China are: Ronbay Technology, Shanshan Energy, Bamo-tech, Easpring, Xiamen Tungsten, Tianli Energy, Meidu Hitrans, Kanhoo Industry, GEM, Zhenhua E-chem. 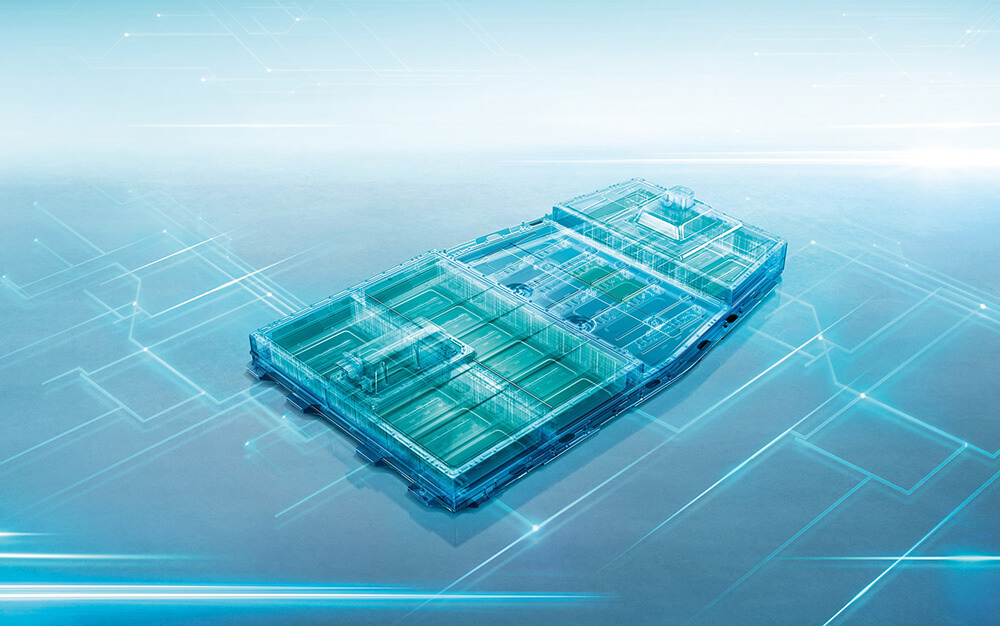 In terms of competition pattern, Ronbay Technology continues to be the first over these years, but the gap with the second and third narrowed, Shanshan Energy, Bamo-tech, Easpring and other enterprises followed, the market share of top 5 ternary material manufacturers is very close. The top 10 manufacturers are mostly listed companies or to be listed companies, capital strength is relatively strong. It is expected that the competition of ternary materials will intensify in the next three years and the market concentration will rise. 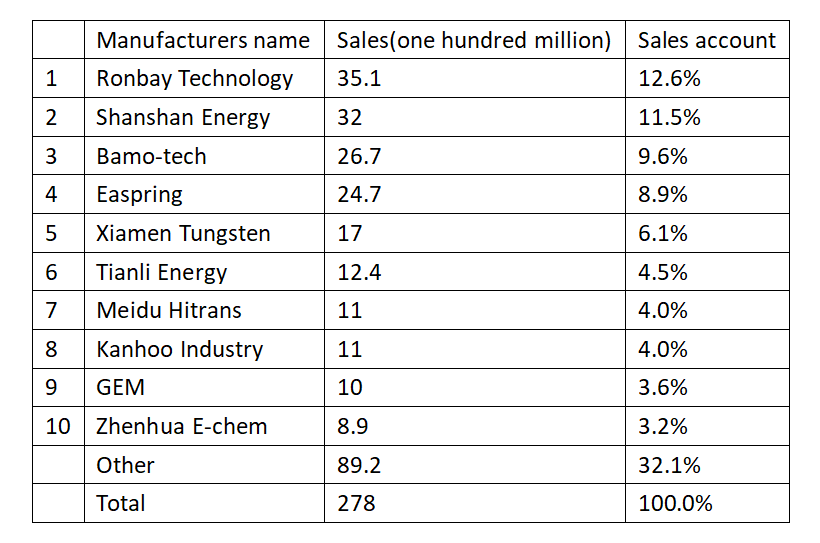 The introduction of Top 10 Ternary Material Manufacturers in China

Founded in 2014, Rongbai Technology was officially listed on the Science and Technology Innovation Board of the Shanghai Stock Exchange on July 22, 2019. The main products of the company include NCM811, NCM622, NCM523, NCA, etc. It is one of the first cathode material manufacturers to realize mass production of NCM811, and its technical level and mass production scale of NCM811 cathode material products belong to the first echelon. their main customers include CATL, BYD, CALB, LG Chem, Tianjin Lishen, etc. 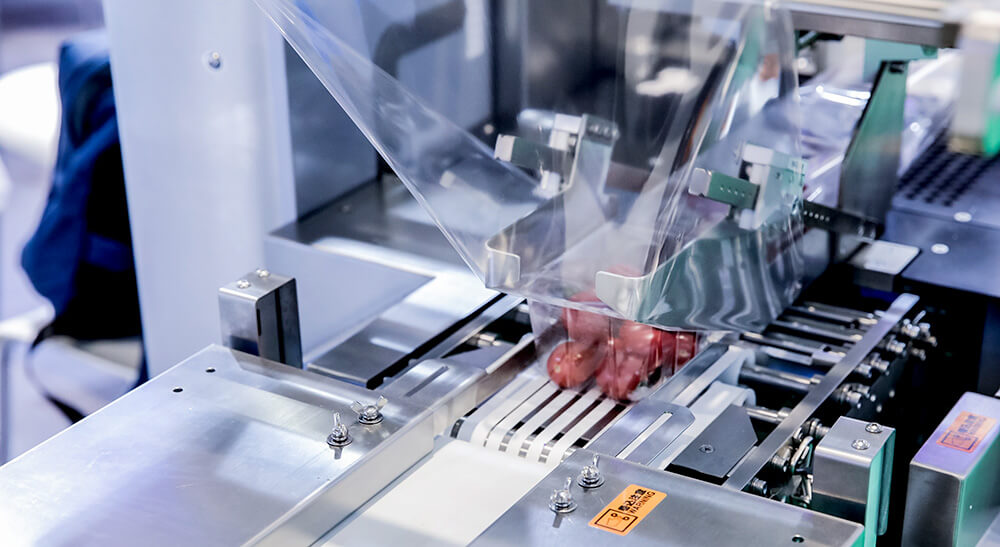 Production capacity: With the continuous growth of orders around the world, the company officially launched a new round of production capacity expansion in three manufacturing bases in Hubei, Guizhou and South Korea in the second half of the year to effectively supply downstream customers. It is expected to reach more than 100,000 tons of production capacity in 2021. The subsequent new production capacity is mainly for NCA, single crystal NCM811, ultra-high nickel NCM811 and other upgraded products, with stronger product competitiveness.

Tianjin B & M Science and Technology Joint-Stock Co., Ltd. was established in August 2002, which is a holding subsidiary of Huayou. The company has registered capital of 197.89 million RMB, net assets of 1.7 billion RMB. Up to now, the company has an annual production capacity of 55,000 tons.

Easpring technology was listed on gem in 2010, and its three-element material mass production products include NCM523, NCM622 and NCM811. Its main customers include Samsung SDI, LG Chem, SKI and BYD, etc.

Performance: In 2020, the company achieved operating revenue of 3,183,317,200 RMB, a year-on-year increase of 39.36%; Net profit attributable to shareholders of listed companies was RMB 38,489,900 RMB, with a year-on-year increase of 284.12%. Annual product sales reached 24,000 tons, up 58% year on year. The company strengthens the strategic cooperation with international big customers and speeds up the development of overseas high-end market. The shipment volume of international customers accounts for nearly 70%. 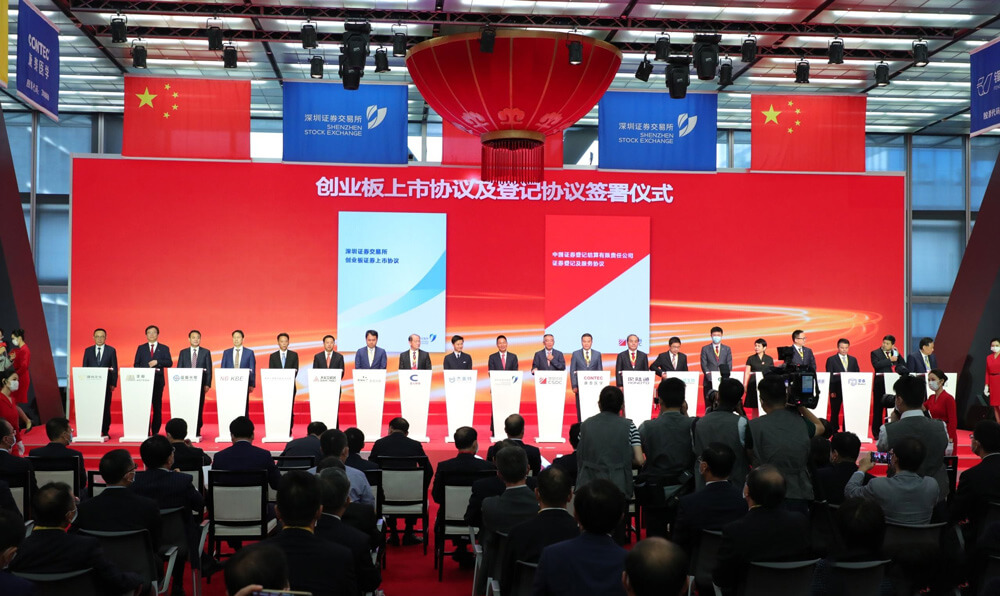 Production capacity: In 2020, the effective capacity of diversified materials of the company is 22,000 tons, 10,000 tons of capacity is under construction, and the annual capacity utilization rate of 2020 is 98.1%. With the release of high-end production capacity, it is expected that the company’s 6 series and 8 series of high-nickel products will continue to increase the proportion of shipments.

The main business of Xiamen Tungsten is the development, production and sales of lithium ion battery cathode materials, and the main products are lithium cobalt acid, nickel cobalt manganese ternary materials, etc. By virtue of the advantages of technology research and development and product quality accumulated over the years, the company has expanded many well-known lithium battery customers around the wold.

Performance: in terms of battery materials. Since the price of cobalt raw materials fell last year and it was necessary to digest the high inventory at the beginning of the period, the price of cobalt, the main raw material, was relatively stable in 2020, and the product structure continued to optimize, the company’s production and sales of lithium cobalt oxide and profit increased significantly year-on-year. 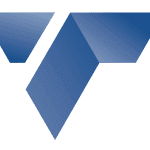 Tianli Lithium Energy Co., LTD., founded in March 2009 with the registered capital of 91.48 million RMB, is a national high-tech enterprise specializing in the r&d, production and sales of lithium ternary cathode materials. It is also one of the few suppliers in the industry with both precursor and finished ternary materials. The company’s main production bases are located in Xinxiang, Henan province and Huaibei, Anhui Province, covering a total area of 150,000 square meters.

With an annual production capacity of 20,000 tons, the company has ranked first in the field of ternary material application for small power lithium battery for many years. In 2019, the company’s output value exceeded 1.1 billion RMB, and profits and taxes reached nearly 100 million RMB. Compared with 2018, the deductible net profit increased by more than 100%. In March 2021, the company applied for THE GEM IPO and is now in the queue.

Performance: The company achieved operating revenue of 1.24 billion RMB in 2020, with a year-on-year growth of 21.56%. The main customers are Hengdian Dongci, Camel, Suzhou Xingheng, Zhejiang Tianeng, Penghui energy and so on.

In recent years, the company has developed rapidly, the core team is younger, and the performance has been growing rapidly for many years. In 2020, the company’s revenue of ternary materials is about 1.1 billion RMB. In terms of capacity, the company’s existing capacity is about 25,000 tons, and it plans to achieve 50,000 tons of cathode material capacity and 50,000 tons of precursor capacity in the next three years.

In 2020, the company achieved total operating revenue of 1.65 billion RMB, down 10.5% year on year, and the decline narrowed compared with the same period last year. The net profit returned to the parent was 740 million RMB, compared with 30.433 million RMB in the same period of last year, failing to maintain a profitable state. In 2020, the company’s revenue of lithium battery cathode materials will be 1.1 billion RMB, with a gross margin of -0.65%.

GEM is the proposer of the industrial concept of “limited restheirces and infinite circulation” and the pioneer of urban mining in China. In the past 20 years, the company has implemented the goal of promoting carbon peak and carbon neutrality by mining urban mines and developing new energy materials, establishing restheirce cycle mode and clean energy material mode.

Performance: In 2020, the sales volume of ternary materials of Zhenhua E-chem was 890 million RMB. The company’s ternary materials products are mainly NCM523, and its main customers include CATL, BYD, Farasis, Micro Macro Power and so on. The 2021 IPO filing was approved on June 11, 2021.