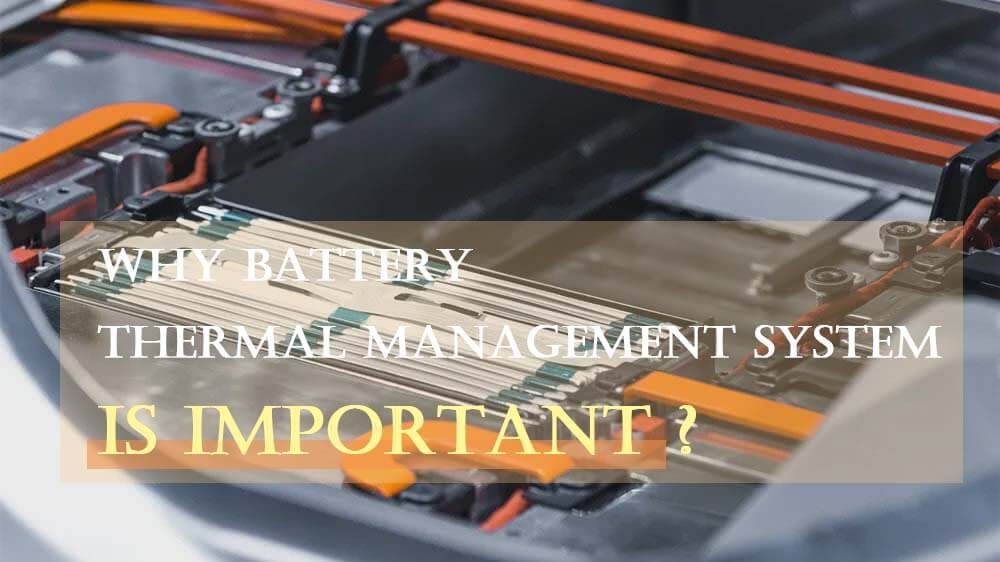 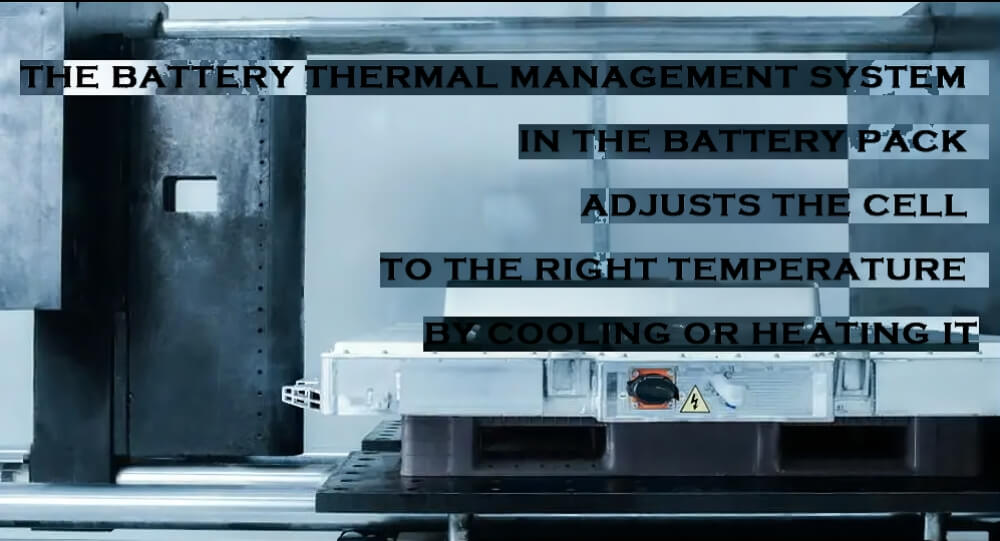 Why is a battery thermal management system important

Thermal management is very important, because high temperature is a sensitive condition to accelerate the aging of the cell. When the temperature difference of the cell inside the battery pack is too large, the aging rate of each cell will also be very different. A hot cell typically ages faster than a cold one, and the life of a battery pack depends on the worst-performing cell, so a temperature imbalance means a shortened battery pack’s expected life. 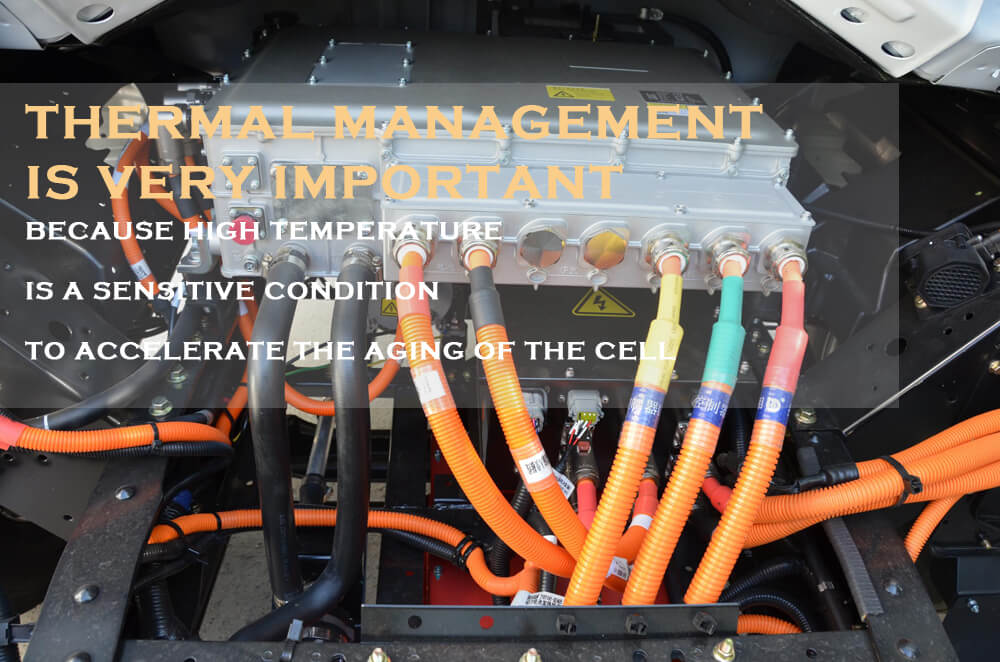 Complex battery thermal management systems will be highly dependent on three factors. The first factor is the type of battery that works. A high-power battery will produce a lot of heat, while an energy battery will produce a lot less heat. The second factor is the environment in which the battery is used. If the battery is used at higher temperatures, it means the battery is already hot when it starts working. The third factor is the condition of the cell itself. Batteries of different material systems have different temperatures. Therefore, these three factors need to be taken into account when designing a battery thermal management system.

In the meantime, three types of heat exchange need to be considered in the design of battery and battery thermal management system: conduction, convection and radiation. Conduction is the direct transfer of heat between two objects in contact; Convection is the transfer of heat through a flowing medium to a heat absorption device. Radiation refers to the outward diffusion of energy in the form of electromagnetic waves or particles, usually through a gas or vacuum. These three heat transfer modes must be considered in system design, but heat conduction and heat convection are the main factors to be considered in the design of battery thermal management system. 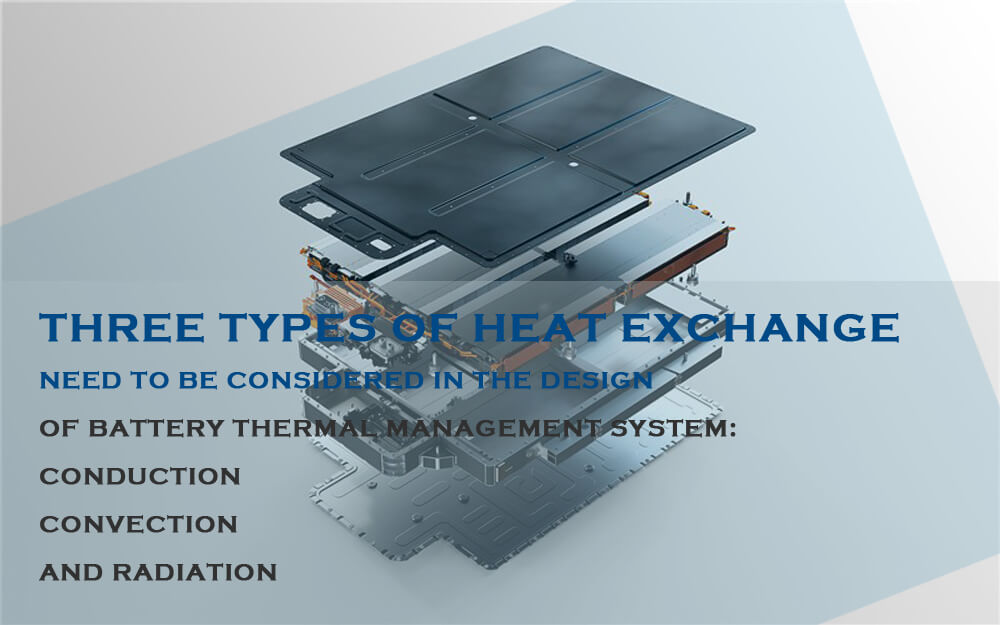 The pouch lithium ion cell is mounted with the cooling unit on the right and the adjacent shelf on the left. Heat from the cell to the cooling plate, and then to the cooling channel, through the way of heat conduction to achieve. The flowing medium in the cooling plate channel removes heat by means of thermal convection. Heat from the cell is transferred to the bus by conduction. The frame used for mechanical support on the left side of the cell has no direct contact with the cell, and the heat in the cell is transferred through thermal radiation.

When the cell discharges, it generates heat, which is transferred to the bus and other components connected to the cell by heat conduction. Battery thermal management system that use liquids heat or cool them by convection. In the same way, the cell can be cooled by convection using cold gas. The effects of radiant heat cannot be ignored. Although the heating cell is not directly connected to other cells or components, it can be heated by radiation. Similarly, if the battery thermal management system is not well designed, the heating electronic component can also affect the cell through radiation.

Set the temperature of the battery thermal management system

Most lithium-ion batteries cannot operate below -20℃ or above 45℃. Below -40℃, the electrolyte will solidification or precipitation of lithium salt, at this time the impedance of the cell significantly increased, ion mobility is poor, the capacity and power performance of the cell significantly reduced. When the temperature of the battery exceeds 60℃, the anode and cathode materials in charge state become unstable. 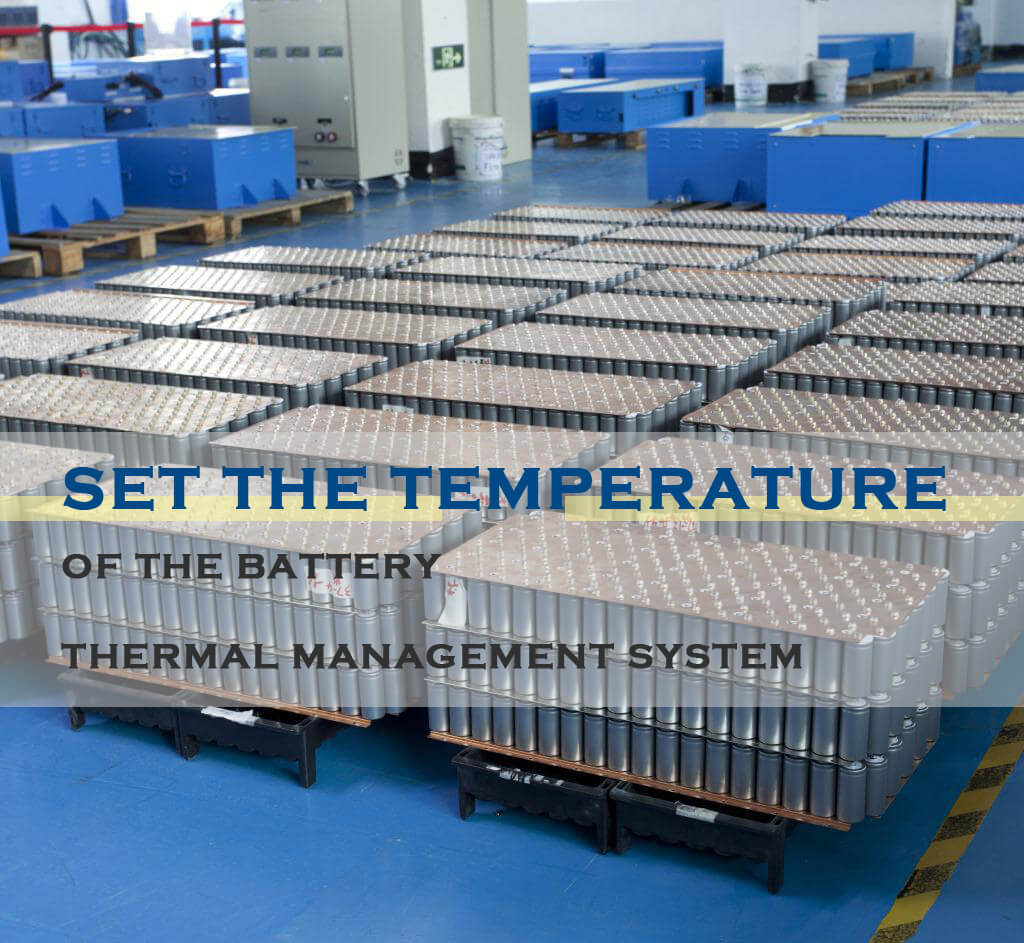 Heat is an important concept and parameter to be used in the design of battery thermal management system. Heat is a kind of expression of energy. Every mass object in the battery pack can absorb heat, including all components in the battery cell and battery pack. The amount of heat absorbed by each object is directly related to its mass and specific heat capacity (material characteristics).

For example, a copper bus of the same mass can absorb more heat than plastic. If the amount of heat absorbed by the object exceeds the threshold for a phase change or reaction, the material begins to change. Plastics melt or burn, and metals melt or oxidize. Except for some electronic components in direct contact with the heat source, heat is generally not a major design consideration.

However, in a passively cooled battery pack or in the situation without a cooling device, the effect of heat must be estimated. If applied to areas with higher temperatures, it might help. In this environment, the pack absorbs heat from its surroundings, forcing the battery thermal management system to work hard to keep the temperature down. For example, in Arizona, the ambient temperature in the summer is 38-44 ℃or higher, and the battery absorbs heat from the environment. Therefore, active cooling is necessary to reduce the initial high temperature of the battery to 23 ℃, thus improving the performance and life of the battery system.

The evolution of thermal runaway

If the temperature of the battery is higher than 90℃, the polymer based separator began to melt and be destroyed, and between 90~130℃the separator will continue to be destroyed, until the internal short circuit between the cathode and anode, then the cell will appear thermal control. In practice, thermal runaway means that the cell reaches a temperature high enough to produce its own heat, followed by combustion or explosion (often referred to as “Rapid Disassembly”). Once the core exceeds the threshold, there is no way to prevent spontaneous heat and cause thermal runaway. The thermal runaway temperature threshold of different lithium ion batteries is different. Some batteries may trigger thermal runaway at low temperatures, such as 120℃, while others may exceed 140℃. 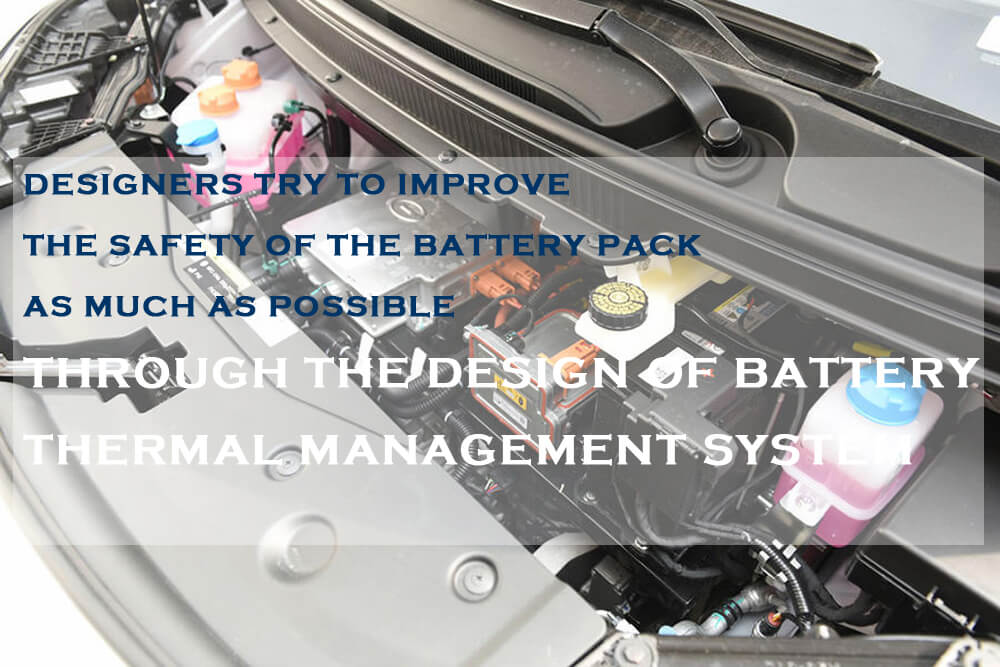 The evolution of thermal runaway begins with the breakdown of chemicals inside the cell, followed by a series of oxygen evolution side reactions, which accelerate the continuous combustion of the cell. If the cell is sealed well enough to prevent oxygen in the air from contacting combustible material in the cell, the combustion will not be sustained when the oxygen inside the cell is used up.

Studies show that the maximum temperature may exceed 600~800℃ when the heat is out of control. The specific temperature depends on the size of the cell and the number of the cell out of control. There is little effective way to prevent the failure of lithium-ion batteries caused by thermal runaway. Designers try to improve the safety of the battery pack as much as possible through the design of the battery thermal management system by isolating the failed cell or by venting the gas generated by the failed cell. In any case, managing cell failures requires a holistic approach to the system. But so far there is no effective way to prevent the failure of the cell.

We also need to briefly discuss some of the terms related to the design and testing of battery thermal management system, first describing them a little to better understand these concepts. 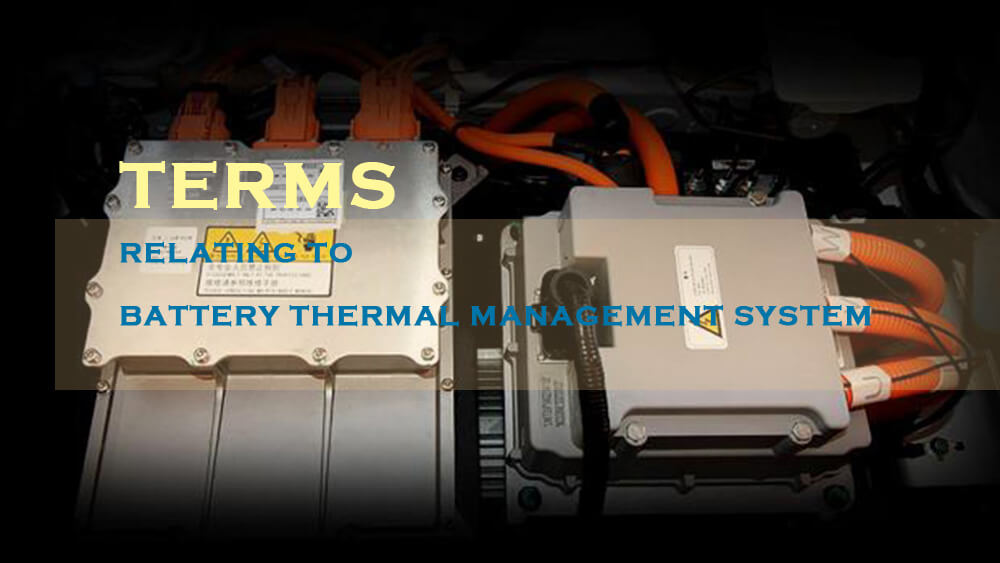 The first term is Adiabatic. Adiabatic is related to the first law of thermodynamics. In this context, Adiabatic means that there is no heat exchange between the outside world and the battery. In the field of lithium ion batteries, thermal characteristics of lithium ion cells are usually tested under adiabatic conditions. The method is to place the cell in a hot chamber that changes temperature so that it stays at the same temperature as the cell while it is being tested. This makes it possible to calculate precisely how much heat the cell generates in a given operating environment.