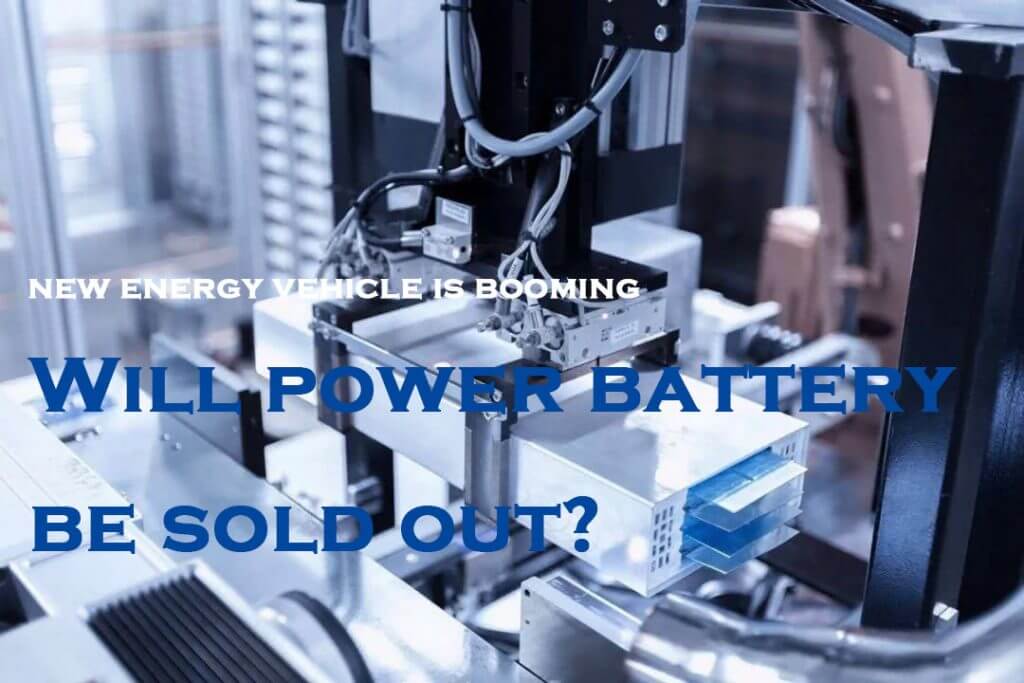 Home » Battery Materials » Will power battery be sold out?

Will power battery be sold out?

Recently, the new energy field came to the news of the battery shortage, the Bank of America issued a report said, according to the model, due to the rapid rise in demand, power battery supply will sold out in 2025 ~2026. And this “battery shortage” situation may be further intensified in 2026 ~2030.

Is the battery shortage really happening? What is the current battery supply situation?

The biggest reason for the emergence of the topic of “battery shortage” is the hot market of new energy vehicles. 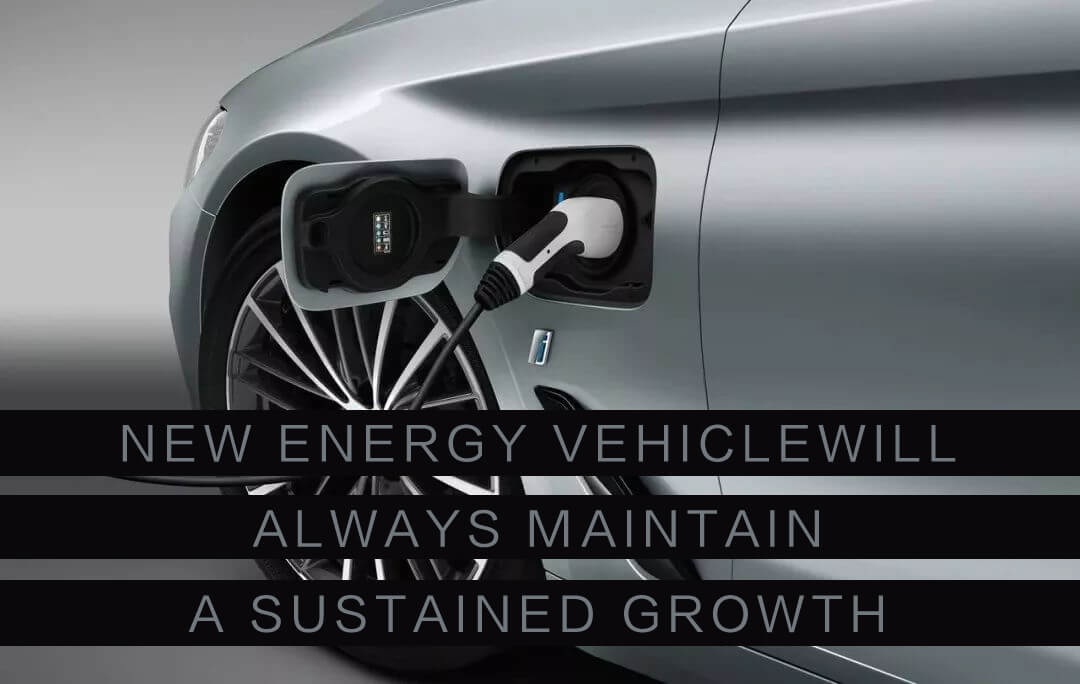 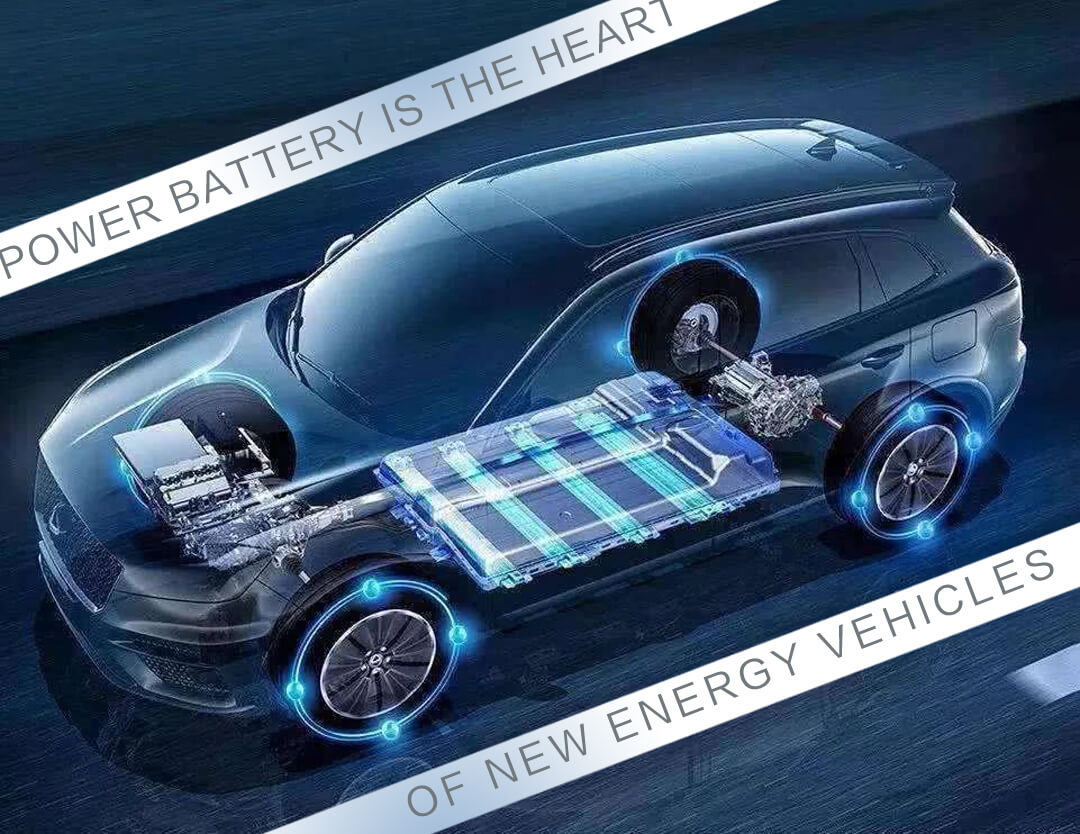 The development of new energy vehicles is not a purely market-oriented behavior but largely driven by the policies of various countries. Short-term market fluctuations will occur under the guidance of policies, so the upstream battery supply chain is often unable to perfectly match the production pace of new energy vehicles. This year, the growth rate of new energy vehicles has reached 200%, and it is also a normal phenomenon that the battery industry chain cannot keep up. Demand is rapidly rising, and the market cannot be prepared in the short term. According to the data, even after considering the annual expansion of production, in 2021, 2022, 2024 and 2025, the global power battery is expected to have a capacity gap of 17GWh, 30GWh, 45GWh and 370GWh respectively. 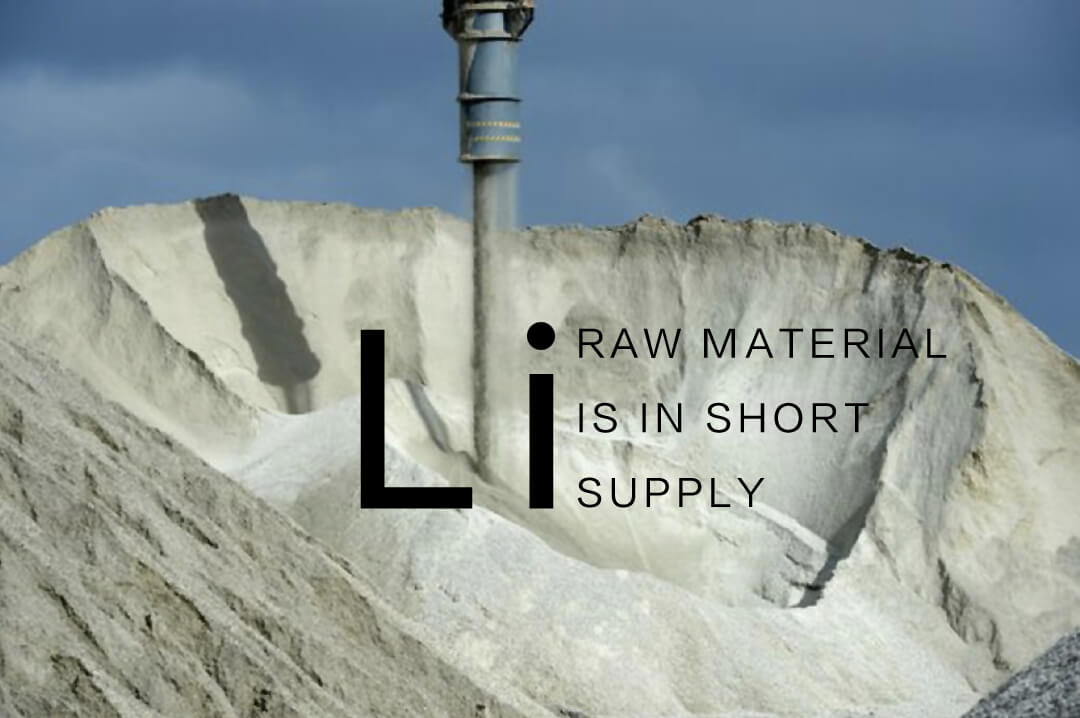 The shortage of raw materials and the rising price are the current situation that battery production chain is facing. For example, a raw material company in southern China is expanding production of lithium iron phosphate to meet the needs of power battery manufacturers. In fact, not only lithium iron phosphate material, other battery raw materials on the market at present, such as ternary material, electrolyte, diaphragm, are in a state of serious shortage. Meanwhile, according to report, the price of lithium carbonate, one of the key raw materials for lithium electricity, rose from 50,000 yuan/ton at the beginning of 2021 to 85,500 yuan/ton; The price of electrolyte raw material lithium hexafluorophosphate increased from less than 70,000 yuan/ton to about 400,000 yuan/ton in the near future; Ternary lithium battery cathode metal material prices are also rising rapidly. In such a price surge, large battery factories will hoard some key raw materials, resulting in abnormal production for many small and medium-sized battery factories. And big battery manufacturers are sometimes reluctant to supply as rising costs squeeze profits, thus exacerbating the “battery shortage”. 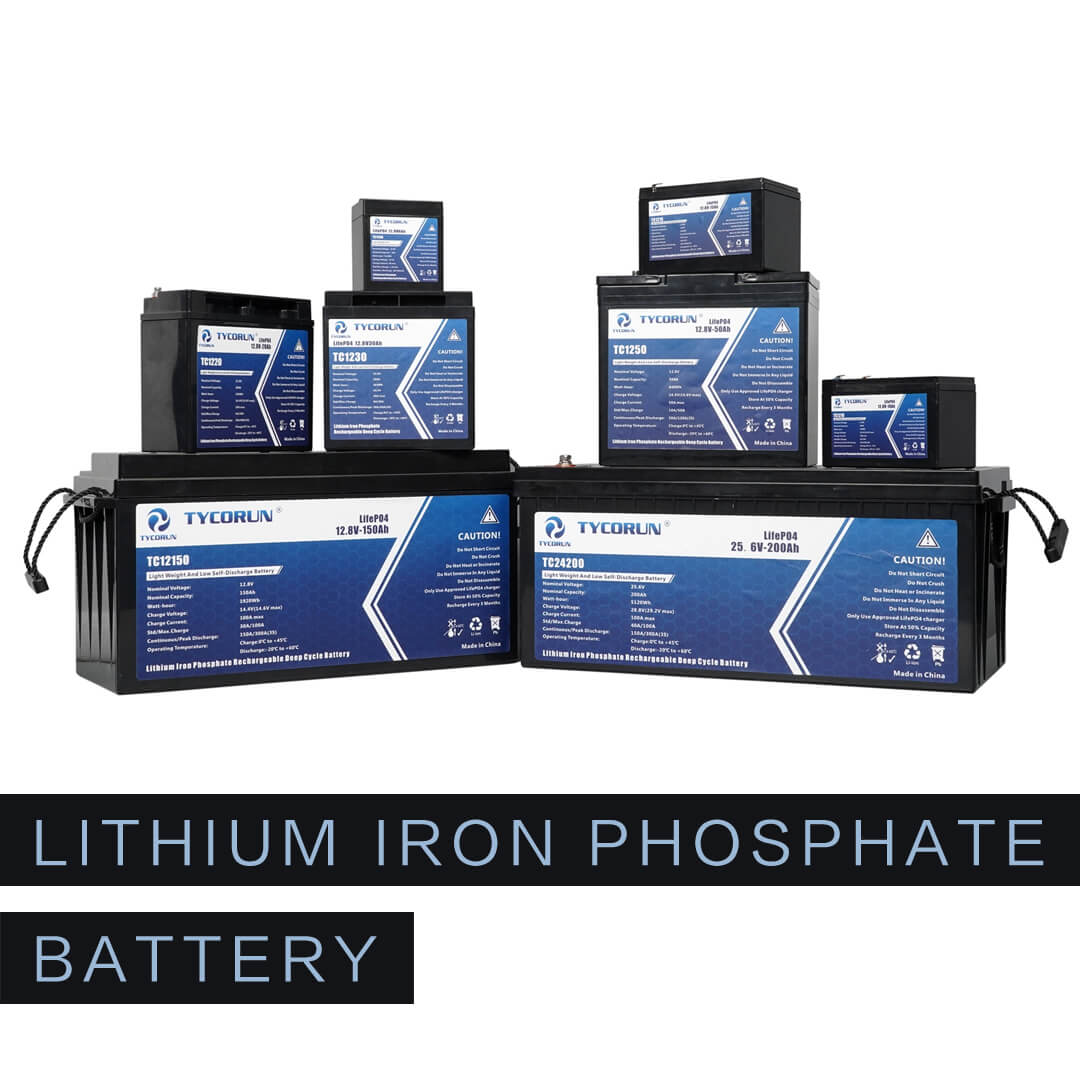 In fact, the battery shortage is a structural shortage.

Power battery manufacturers have uneven capacity utilization, insufficient quality capacity and low-end overcapacity. From January to June this year, China’s power battery output totaled 74.7GWh, but the installed capacity was 52.5GWh, meaning that nearly 30% of the products have not been installed and utilized, and there is still a big gap between the capacity and the installed capacity. The capacity utilization rate of each battery factory is quite different, the giant CATL can reach 90%, while the terminal manufacturers even less than 10%. At the same time, most of the power battery production lines have the characteristics of customization. If the sales of supporting models are not as expected, and the production line cannot produce batteries of other models, the capacity will not be fully utilized, resulting in idle. 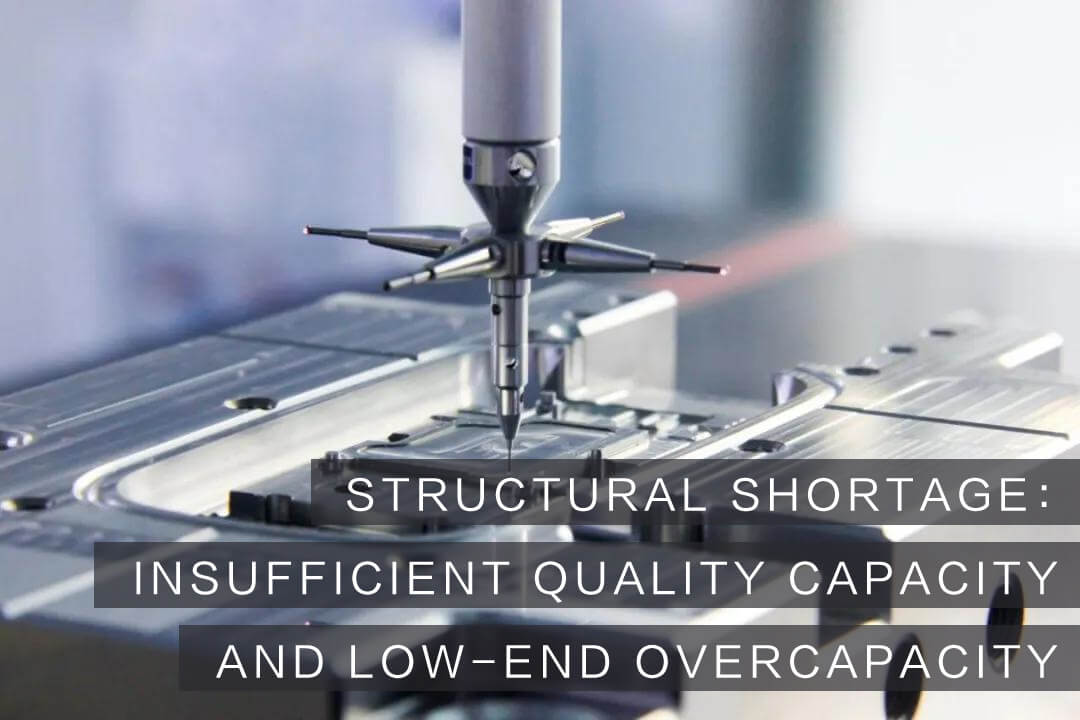 4.There is hope for second-tier battery factories

In the case of supply and demand mismatch, new energy vehicles manufacturers also reconsider the choice of supply chain, some strong second-tier battery factories have obtained greater development opportunities, become the key force to alleviate the “battery shortage” in the future. At present, new energy vehicles are still in a high-speed rising period, the industry and the market are not mature, the power battery manufacturers ranked slightly behind will gradually catch up. The production scale, financial strength, research and development capacity of each manufacturer will develop rapidly, and the car factory will have more choices. From the actual situation, the industry is also developing in this direction, there will be more  development opportunities for second-tier battery factory.

Motor, battery and electric drive are the three competitive directions of automotive enterprises. In these three core components, the power battery is the most critical one. 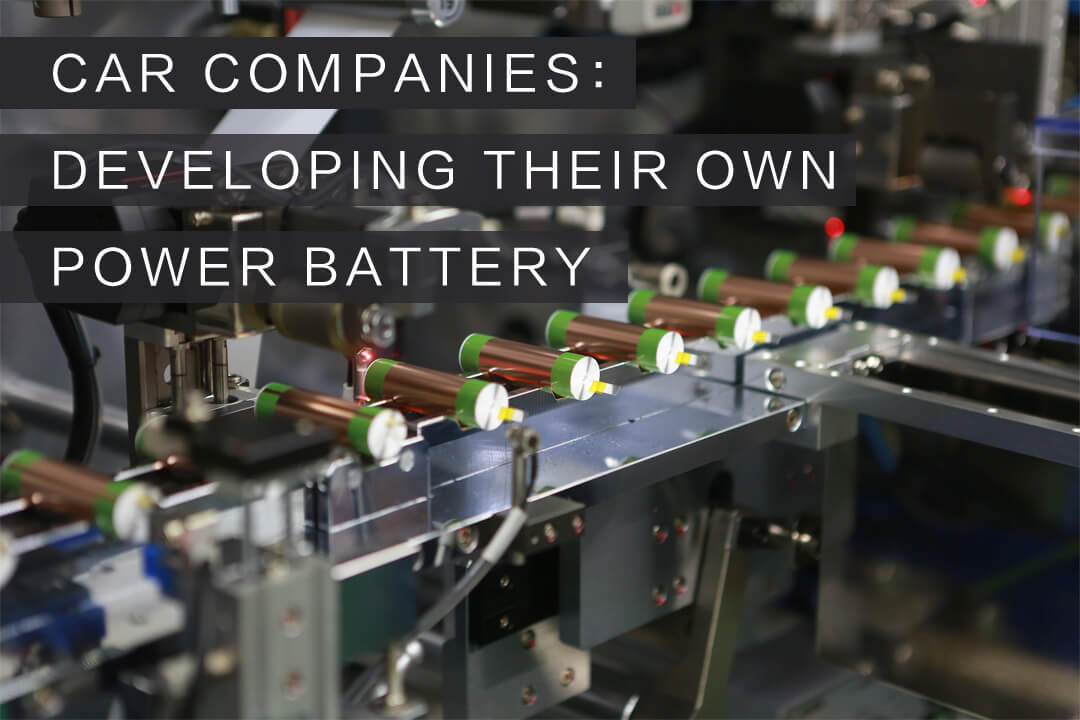 Therefore, some car companies embarked on the road to develop their own power battery. In September last year, Tesla officially held a battery Day event, and released the 4680 cell and CTC technology. In March this year, Volkswagen Group introduced four kinds of batteries it is developing: lithium iron phosphate battery, three lithium battery, high manganese battery and solid state battery. It also said it would build six power battery plants in Europe by 2030, each with an annual capacity of 40GWh. In addition to Tesla and Volkswagen, Geely, Great Wall and other car companies have also started to enter the power battery field early. However, car companies’ cross-border production of power battery cannot really replace the role of battery factories. At present, car companies are basically focusing on module pack, and the battery cell still needs to be supplied outside the battery factory.

6.1Facing the challenge of quality

At present, the qualified rate of cell manufacturing is only 90% ~ 94%, which requires professional screening before use, resulting in high cost of power battery and potential safety hazards. In the initial stage of development, power battery first needs to break through product quality, meet performance requirements, and formulate unified production standards of the industry to improve the quality and production scale of power battery products.

6.2Facing the challenge of manufacturing safety

Design safety, use safety and manufacturing safety are three aspects of power battery safety. Special testing procedures and inspection equipment should be set up for inspection.

6.3Facing the challenge of manufacturing costs

The power battery system is the component that cost most in the new energy vehicle. The current boom in China’s new energy vehicle industry is partly due to policy support. However, after the withdrawal of financial subsidies in the future, new energy vehicles will face great challenges in manufacturing costs to compete with traditional vehicles. 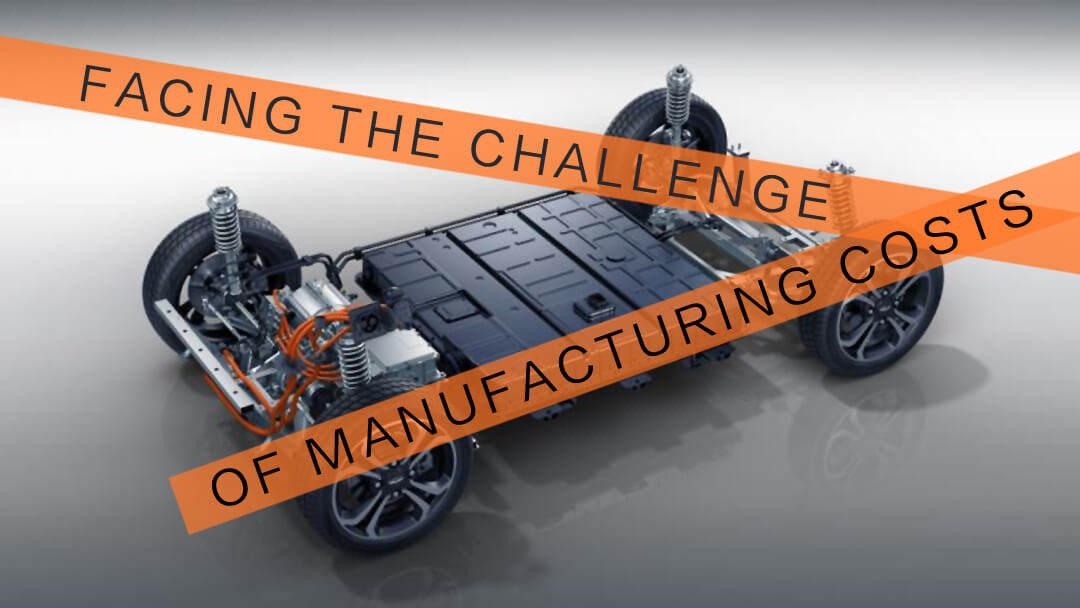 In general, the “battery shortage” is actually a shortage of high-end capacity under the mismatch between supply and demand. With technological progress, standardization and effective capacity release, it is believed that the structural shortage will be alleviated, and second-tier power  battery manufacturers are also expected to usher in new development opportunities.