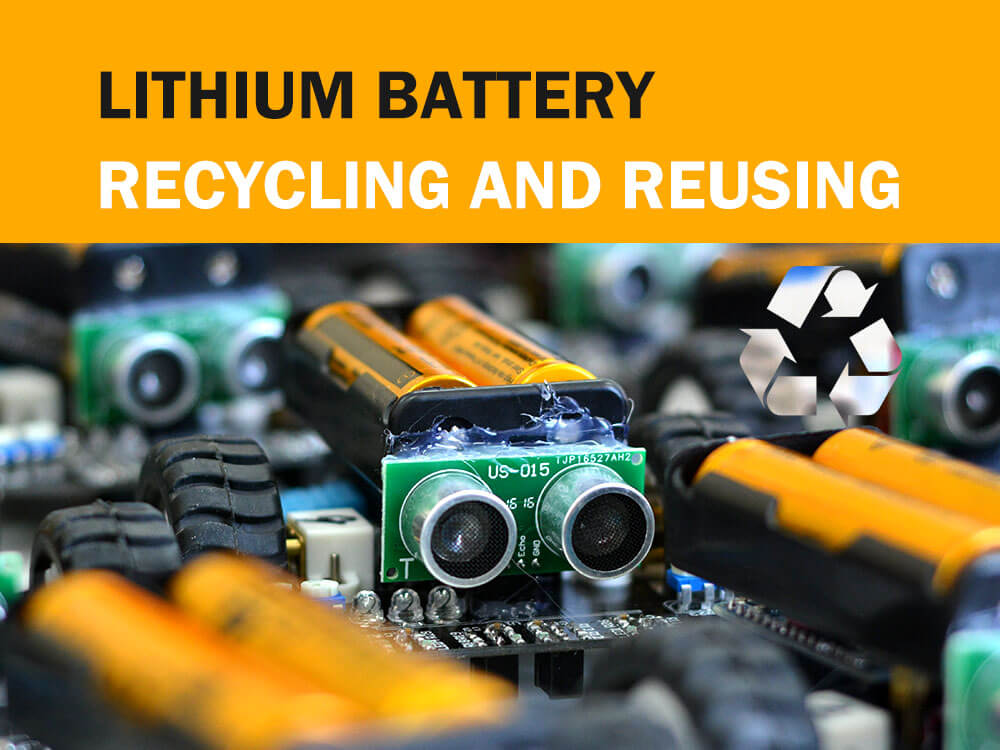 In this article, we mainly explain the lithium battery recycling, and the repair, remanufacturing and reuse (second life) of lithium ion batteries. Lead-acid battery is quite mature in the recycling technology and industry of waste batteries, while lithium-ion battery is still in the primary stage.

In addition, as the price of lithium battery decreases, for example, the US Department of Energy and the Us Advanced Battery Alliance set the price target of lithium ion battery at $100 and $150 per kWh respectively, which will make the lithium battery recycling not have enough economic value.

Despite the lack of recycling standards, the number of lithium-ion batteries on the market is still small. In spite of the strong performance of electric vehicles in recent years, which rely heavily on lithium-ion batteries, the batteries they use are still in the early stages of life, meaning it can take five years or more before they are scrapped, recycled or remade for reuse.

Although lithium-ion battery packs are in the early stage of commercial application, there are still some batteries in the recycling stage on the market.

Lithium-ion batteries are just beginning to be used, and there are a lot of nimH batteries that are going to be scrapped, which is driving some manufacturers to build infrastructure for battery recycling and reusing. This can also provide experience for lithium battery recycling in the future.

The value proposition for lithium battery recycling is not very good, especially when it comes to reusing batteries. But it is conceivable that, like lead-acid batteries, the price of lithium-ion batteries for cars in the future includes a portion of their “potential value” (which can be interpreted as the value of the battery at the end of its life).

In essence, this represents the return customers expect from the end of the battery’s initial life. Car owners have the same idea when they install lead-acid power to start their cars.

In the future, this might be an interesting business model for manufacturers and distributors: for example, the manufacturer could deduct this “potential value” in order to lower the price of the battery, but only with an agreement with the customer that the battery would be returned to the dealer at the end of its life. 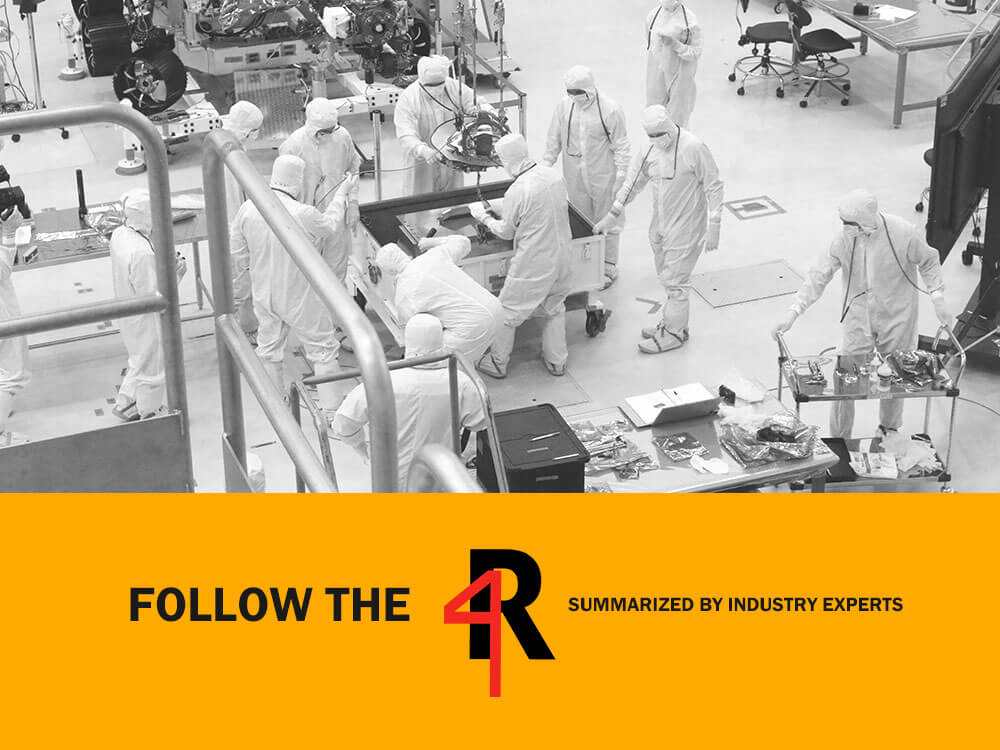 To do a good job of lithium battery recycling and reusing, especially in the early stages of the product, the recycling plant had to comply with the 4R summarized by industry experts, which stood for repairing, remanufacturing, refurbishing and repurposing. Together with the original battery Recycling.

Therefore, properly dealing with the legal issues in the recycling process is conducive to the smooth process of lithium battery recycling.

Battery repair and remanufacturing are often overlooked in the recycling process, but they are  indeed the two most important, aspects of the battery service industry. Some big electric car makers have plenty of bases for after-sales service, but smaller companies and battery makers do not.

Therefore, the formation of a good after-sales service industry can provide warranty, maintenance and other services for the battery industry. It could also help some companies reduce investment in after-sale businesses and concentrate on areas in which they specialise.

Maintenance and after-sales service also face many problems, such as the need to maintain a certain amount of inventory. The damaged or partially invalid batteries are transferred to the battery service and repair factory, so that the batteries receive regular charge and discharge, and further consolidate the stability of the battery cycle.

Lithium-ion batteries, for example, tend to lose capacity. To avoid permanent capacity loss, regular charging and discharging is required, which can be easily accomplished in after-sales maintenance factories.

Still,lithium battery recycling and reuse is promising, and using recycled materials can cut costs. When designing a battery pack, most manufacturers define the first life as when the battery’s capacity and power decay to 80% of the initial value. 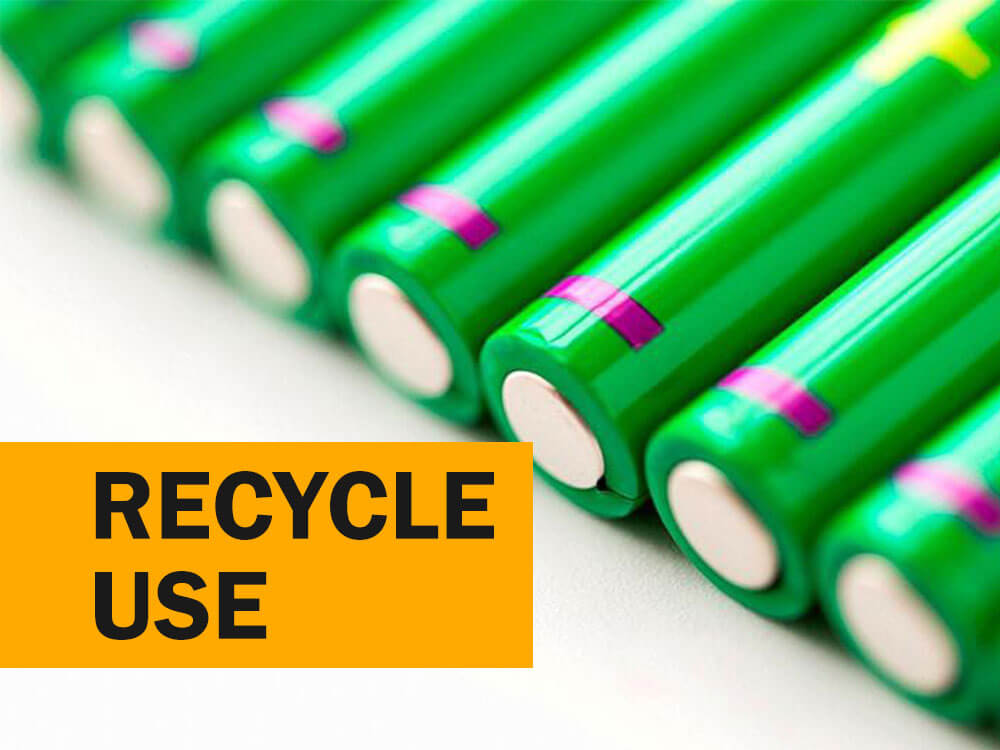 For example, the NISSAN LEAF battery pack has a total capacity of 24kWh, and its first life ends when it reaches 80% capacity, or about 19.2kWh. At this time, the full charge energy of the battery pack is 19.2 KWH, and the discharge only uses 80%, that is, about 15kwh energy available.

If one module of a battery pack is disassembled, cleaned and reinstalled into another module, it can continue to provide low battery capacity for several years.

At present, the thorny problem of lithium battery recycling and reuse is that there is no standard for battery cells. Different cell manufacturers produce different cells, and different modules need different cells. Each cell has a different chemical system, which makes it very difficult to match different battery modules for reuse.

In addition, many lithium-ion battery manufacturers weld the cells into the module, making it almost impossible to change the cells within the battery, and the entire module is either used or recycled.

At the beginning of the battery’s second life process and battery value chain, the battery energy decays to 80% of the total energy. As shown in figure below, the battery secondary life value chain, at the end of its first life, will be removed from the power vehicle by the battery service center and transferred to the plant for lithium battery recycling and reuse. 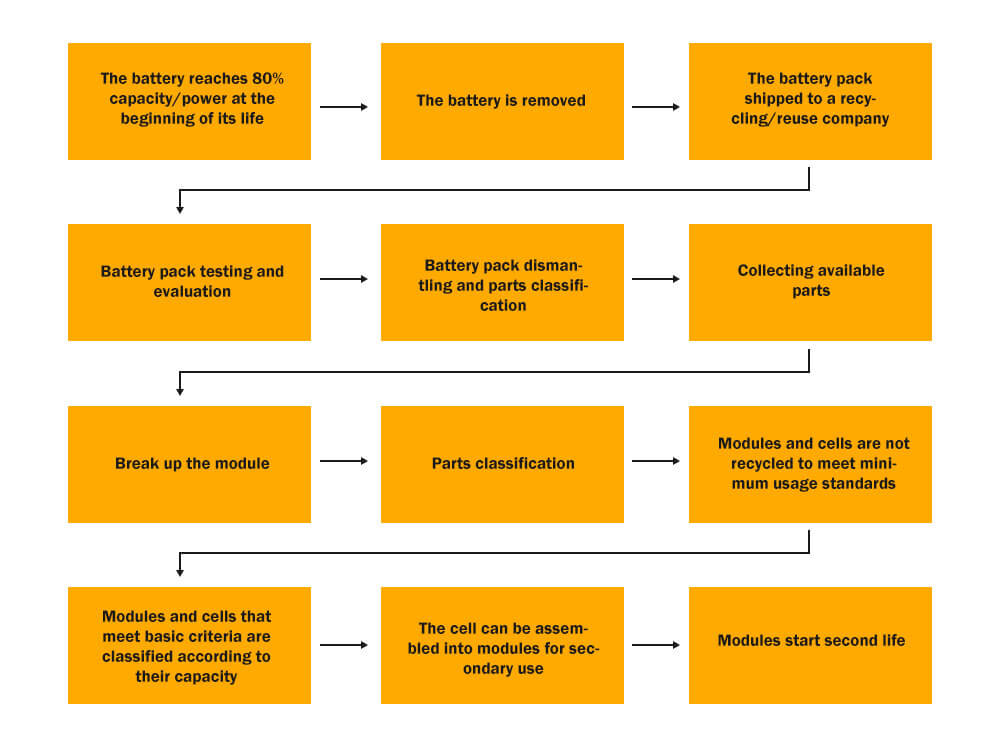 Once the battery is evaluated and tested for capacity, voltage, and operational performance levels, the battery is broken down and its various components (plastics, metals, etc.) are moved to different recycling lines. The module was disassembled and the cell was characterized and tested.

If the modules are welded together, the test will be directly represented. If the two modules do not meet the minimum performance standards, they will be sent directly to the recycling place. If so, the battery is divided into different groups based on capacity and then reassembled to begin the battery’s second life.

Perhaps one of the most important things to do when reusing a lithium-ion battery cell or module is to characterize it. The overall capacity and energy of a battery pack is limited by the cell with the lowest energy and capacity in the pack.

Similarly, when the cells and modules are reassembled, the final performance of the battery pack is limited by the lowest performance cell, so it is desirable that the cells in the module be close to matching in voltage and capacity. On the other hand, battery modules and cells need to be matched based on aging criteria.

A lower capacity cell reduces the final capacity of the battery pack, while a longer life of the cell or module will limit the life of the new battery pack. Therefore, it is necessary to consider not only capacity matching but also cell health status (SOH) matching when evaluating cell and module secondary life.

Therefore, when assembling or reassembling a module, it is best to choose a cell or module with the same capacity and health status.

Beyond that, perhaps the two biggest issues facing lithium battery recycling and reuse today are battery sourcing and refurbishment costs. Because the number of electric vehicles is still small and sales are limited each year, there are not enough batteries to repair and reuse.

It is also impossible to predict how many batteries will flow into the recycling market each year because the life span of electric cars in operation is still unknown and the expected end of life is still far away. As of 2014, Chevrolet Volt and Nissan Leaf electric cars were only four years old, and still needed four to six years to reach the warranty period.

We assume that the guarantee period is the same as the first battery life. As new models of electric vehicles continue to enter the market, the number of battery packs that need to be repaired or recycled will steadily increase. But there are still very few battery packs that have entered the recycling stage.

Battery cleaning cost is also a bottleneck problem in lithium battery recycling and reuse industry. Battery cleaning takes into account transportation of a powered vehicle to a repair shop, testing, remanufacturing and reassembly, as well as non-maintenance costs, warranties and profit margins. 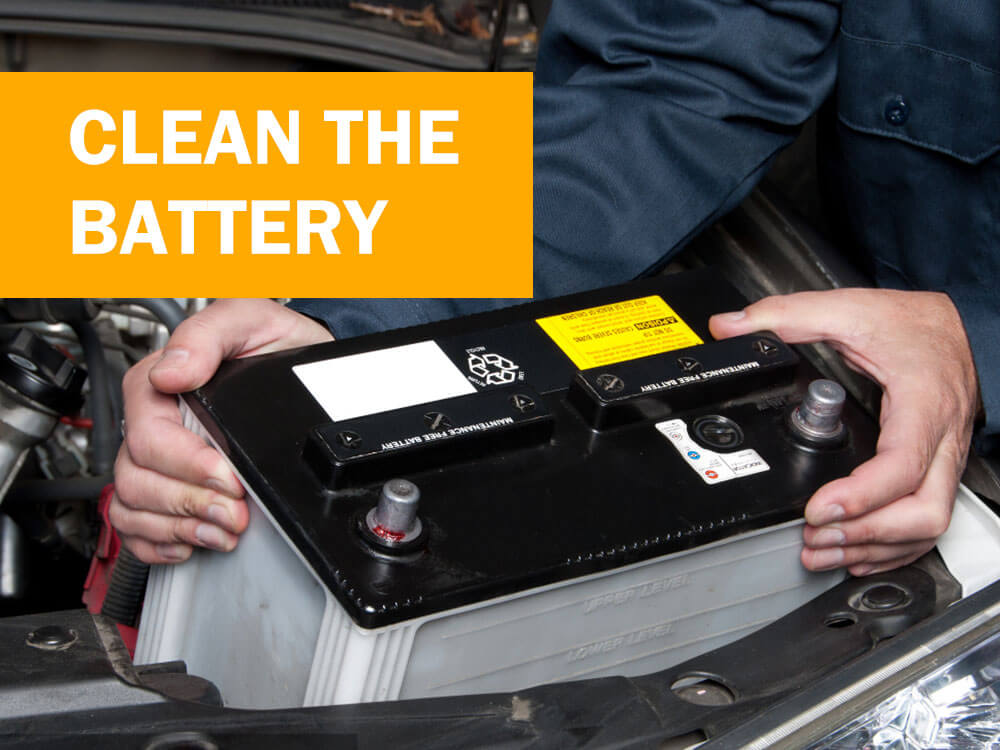 Some automakers are already working with lithium battery recycling and repair companies to reuse batteries that have undergone initial testing. Gm and Nissan already have a similar partnership.

In 2012, GM teamed up with ABB to reassemble the Chevrolet Volt battery pack to give the car two hours more power, and they are also using the technology in a range of power grids and stationary energy storage devices.

Currently, there are only a handful of companies involved in linthium battery recycling, repair, remanufacturing and cleaning 4R’s, including Spiers New Technologies, a subsidiary of ATC New Technologies. 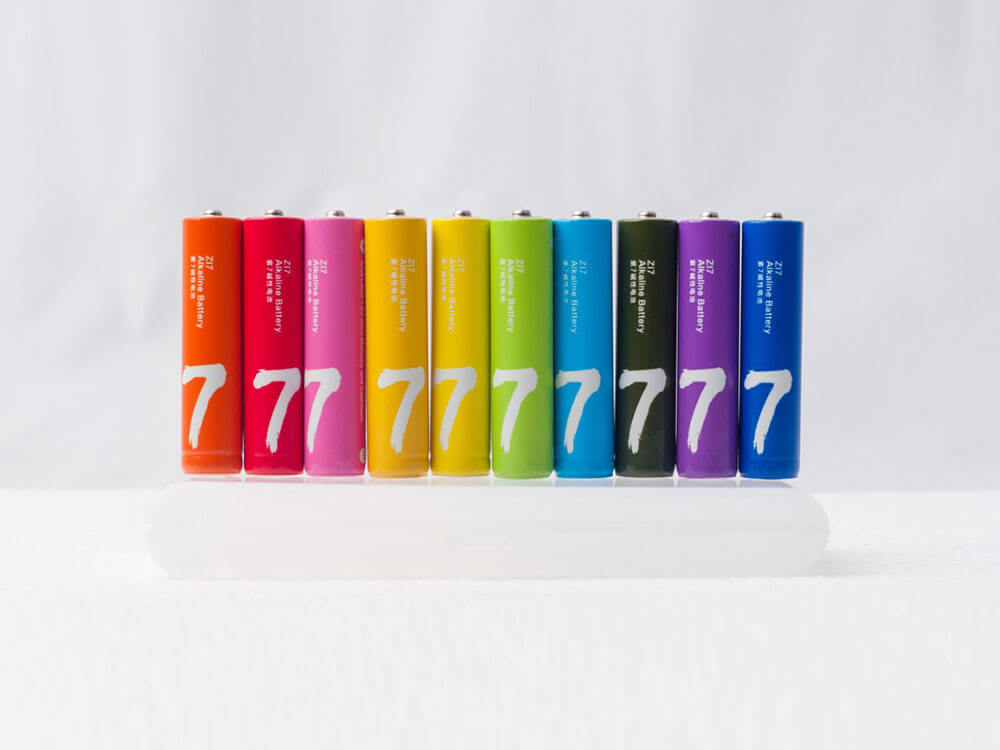 Lithium-ion batteries and battery packs contain a wide variety of recyclable materials, including lithium, cobalt, manganese, nickel, copper, steel and plastics. However, there is no incentive or regulatory incentive for companies to take back batteries, and the market is not efficient for capital investment.

As a result, many cell and battery pack manufacturers are taking matters into their own hands, leaving the lithium battery recycling, such as recycling of battery components, and even the entire battery pack, to other specialized companies.

The recycling of precious metals in lithium-ion battery cells requires a large amount of energy, and the value of materials collected cannot cover the consumption of the recycling process. Currently developed methods, such as high or low temperature extraction of precious metals, can effectively separate battery components.

At high temperatures, the cell melts and the constituent materials are separated. Cobalt, nickel and copper can be recovered in this process, while lithium, aluminum, tin and manganese are separated by slag, which still consumes a lot of energy after being refined.

Some of the recycled materials can be refined and used in batteries, while others are not good enough to be used in batteries, but can be used in other applications.In the low temperature lithium battery recycling method, the material is initially separated through a series of filtration and oscillations after the cell is deeply frozen and crushed.

The third lithium battery recycling method is physical separation. For single battery systems, such as lithium iron phosphate, lithium cobalt oxide, lithium manganese oxide, and ternary systems, manual processing, albeit inefficient, can re-enter the battery value chain with electrolyte, negative material, and even positive material, and the rest of the material is recycled.

Nickel and cobalt in lithium ion batteries have higher price and higher recovery value, while lithium iron phosphate or manganese has lower price, so it is not worth the loss to spend high cost to recover low value materials. Lithium battery recycling becomes economical only if the value of the recycled material is higher than the cost of the recycling process and lower than the cost of the new material.

In the United States, the Department of Energy is giving Toxco $9.5 million to expand the lithium battery recycling industry in Ohio, which already has recycling plants for lead-acid and nickel-metal hydride batteries for electric vehicles. Toxco is also the market leader in battery recycling in North America.