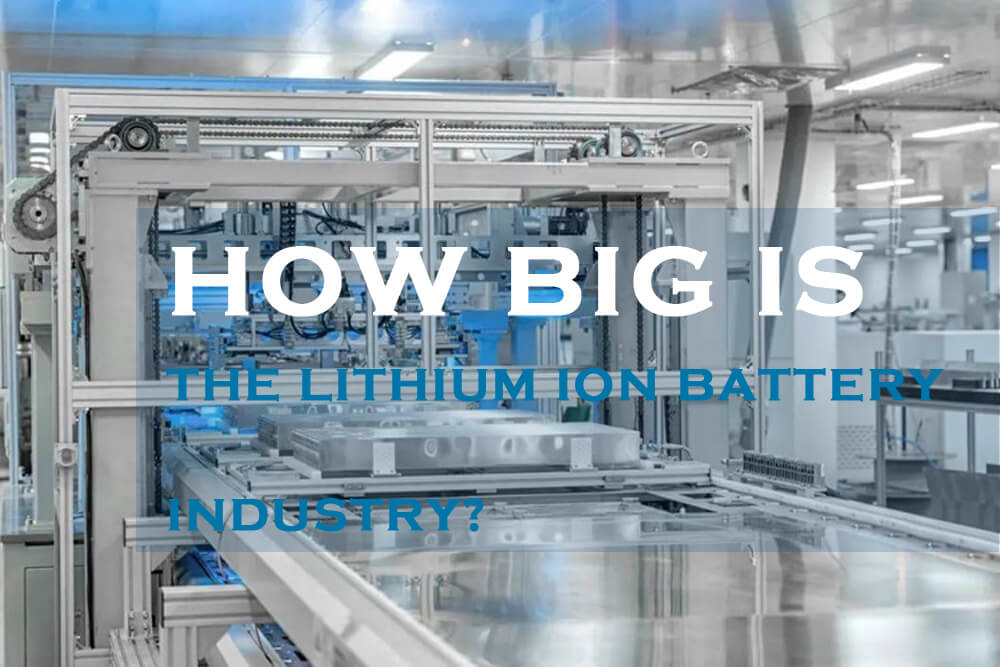 How big is the lithium ion battery industry?

With the goal “carbon neutral” is proposed around the world, new energy industries such as new energy vehicles, photovoltaic and wind power developed rapidly, and the demand for lithium ion battery also grows rapidly. 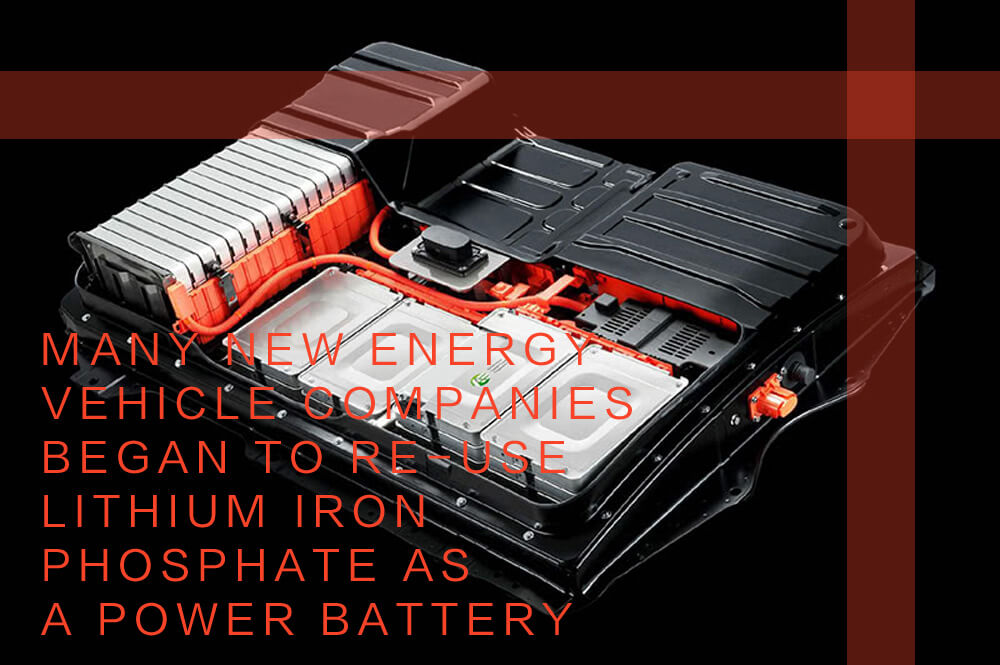 In the traditional field, lithium-ion batteries are mainly used in digital products because of their portable advantages due to their high energy density. Today, with the promotion of energy conservation and emission reduction and the rapid development of the new energy industry, power batteries and energy storage batteries have become the common application fields of lithium ion batteries. Especially in recent days, the lithium iron phosphate battery market is hot, many new energy vehicle companies began to re-use lithium iron phosphate as a power battery. Manufacturers also announced the expansion of production, and there is even a structural shortage of lithium iron phosphate battery. Therefore, the past two years is the golden period of investment in lithium ion battery industry.

The upstream of lithium ion battery is the exploitation and processing of raw materials, including lithium, graphite, cobalt and other rare metal materials. 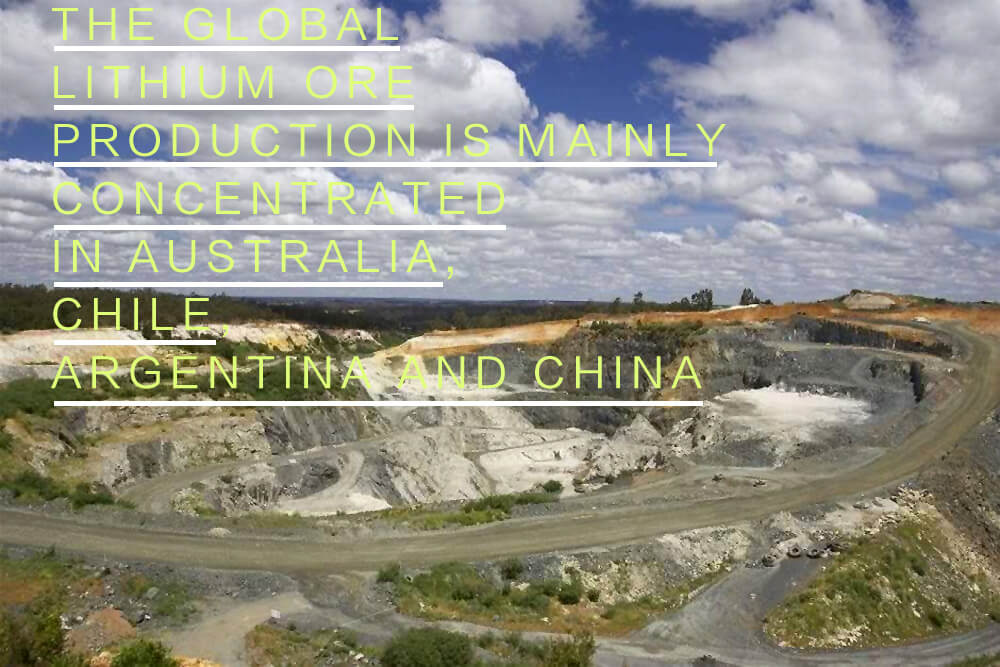 As the core material of lithium electricity, the global lithium ore production is mainly concentrated in Australia, Chile, Argentina and China. In 2020, Australia, Chile and China are the top three lithium ore producing countries in the world, with market shares of 49%, 22% and 17% respectively. However, due to the large amount of investment and long development cycle, lithium mining lags behind the cycle response of lithium ion battery industry.

Ganfeng Lithium: China’s lithium ion series of products with the most complete variety, the longest product processing chain, the most comprehensive technology manufacturers;

Salt Lake Industry: Qarhan Salt Lake, where the company is located, covers a total area of 5,856 square kilometers. It is a large inland comprehensive salt lake dominated by potassium salt, accompanied by magnesium, sodium, lithium ion, boron, iodine and other minerals. The entire salt lake is worth over $12 trillion. Qarhan Salt Lake is the largest soluble potassium and magnesium salt deposit in China, with a total of over 60 billion tons of salt reserves, including 1.65 billion tons of magnesium chloride and 8.246 million tons of lithium chloride, both ranking first in China, and 46.22 billion tons of sodium chloride, which can feed the world’s population for 2,000 years.

Tibet Mineral: is the leading in lithium ion resources. Zabye Salt Lake is one of the few salt lakes in the world with over one million tons of lithium, potassium, cesium and other minerals (zabye Lithium Ion Industry, a subsidiary holding 50.72% of the shares, has a 20-year mining right). In terms of ore grade of the deposit, lithium ion and cesium rank the second in the world salt lake, and potassium ranks the first in China salt lake. According to the results of geological prospecting work, the preliminary proved content of lithium ion carbonate in Zabuye Salt lake is about 1.3 million tons, and potassium is 35.9 million tons.

Jinrui Technology: Its subsidiary, Changyuan Lithium Ion Division, specializes in the production of lithium cobalt ion and is a direct supplier of tesla battery raw materials. 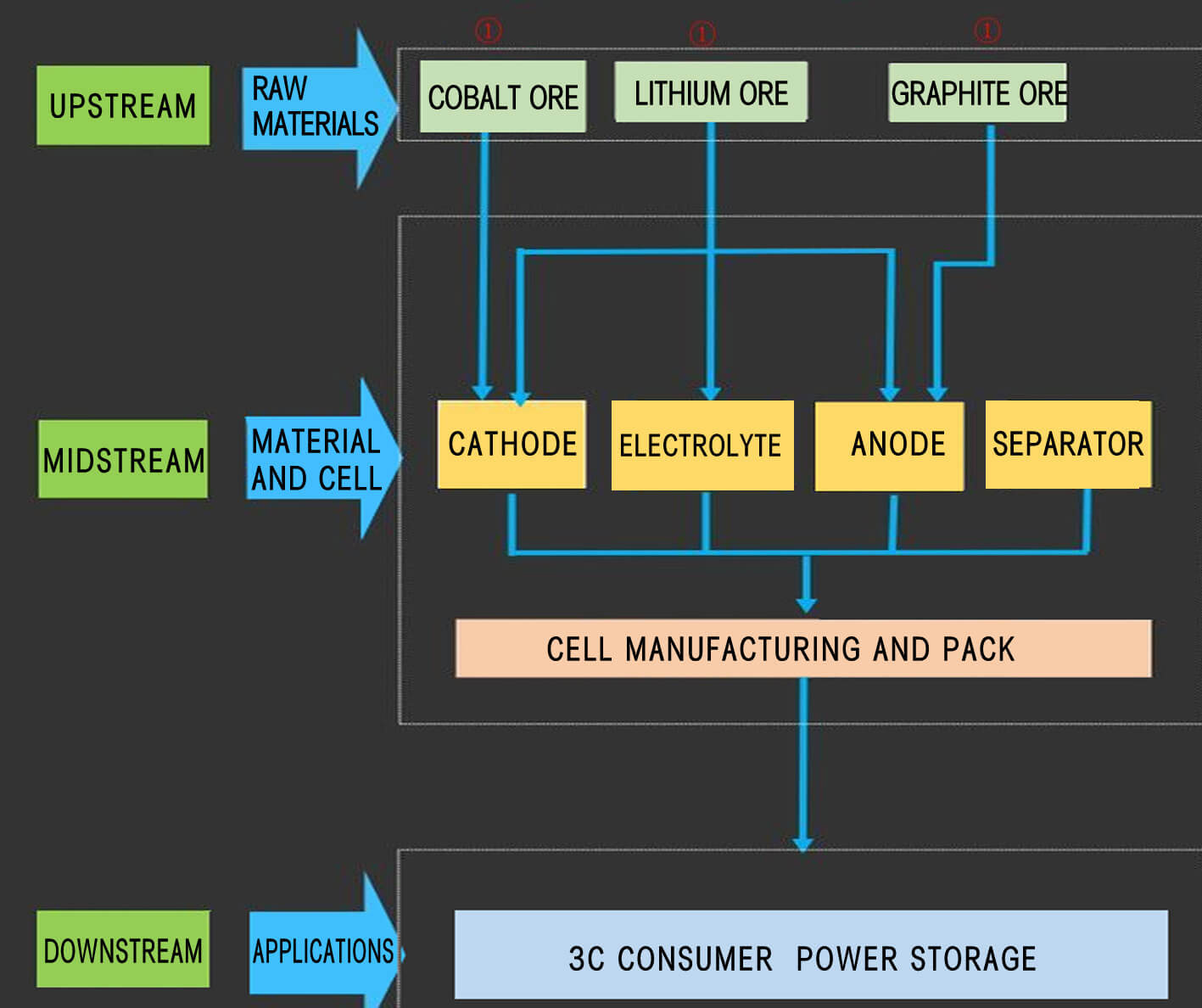 The midstream of lithium ion battery industry is mainly composed of four major materials of lithium ion battery: cathode material, anode material, electrolyte and separator. Here, this paper will make a brief introduction to the resources and main manufacturers of these four materials. If you want to know more information about each material, the previous articles on our website have made a detailed introduction，please click here to read. 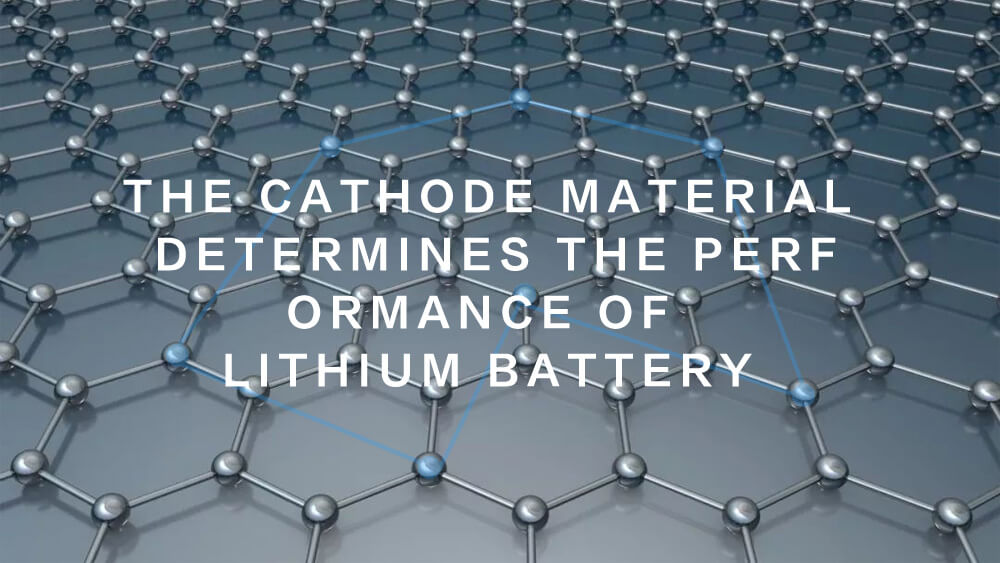 Ronbay Lithium battery material: its high-nickel products NCM811 and NCA have been mass-produced, and it is one of the earliest NCM811 manufacturers in China’s lithium ion battery industry. NCM811 has an annual production capacity of about 1200 tons. Its partners include Samsung and ATL.

Shanshan Co., LTD. : It is a comprehensive supplier of lithium electric materials such as positive electrode, negative electrode and electrolyte in lithium ion battery industry. Its revenue mainly comes from cathode materials. The current cathode material capacity of 50,000 tons. Partners include CATL, BYD, Panasonic, Lishen battery and so on.

Citic Guoan: it is currently the largest manufacturer of lithium cobalt ion and lithium manganese ion as cathode materials for lithium ion batteries in China; 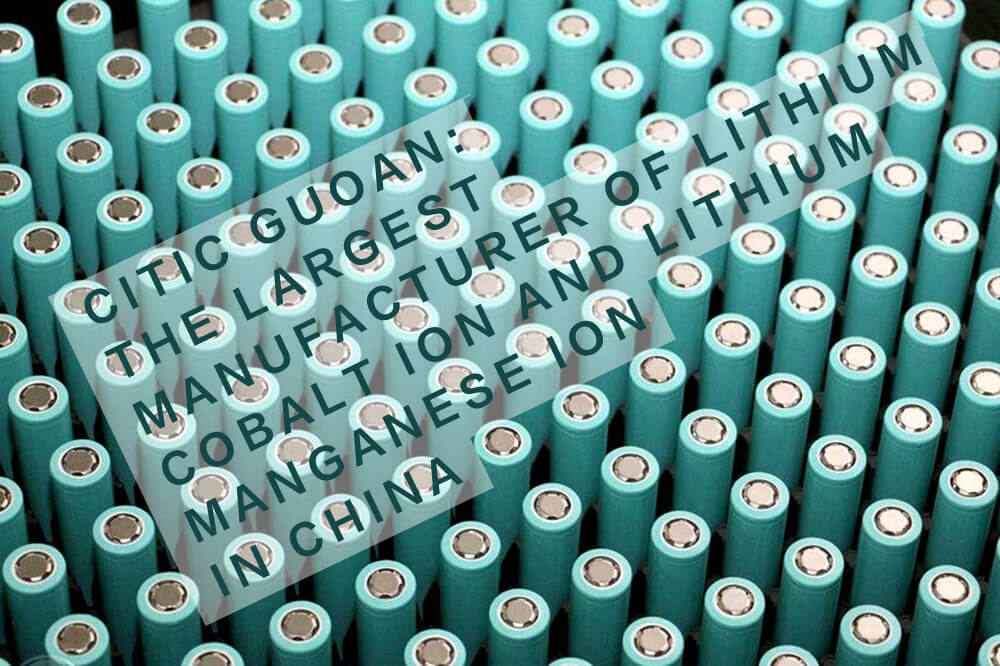 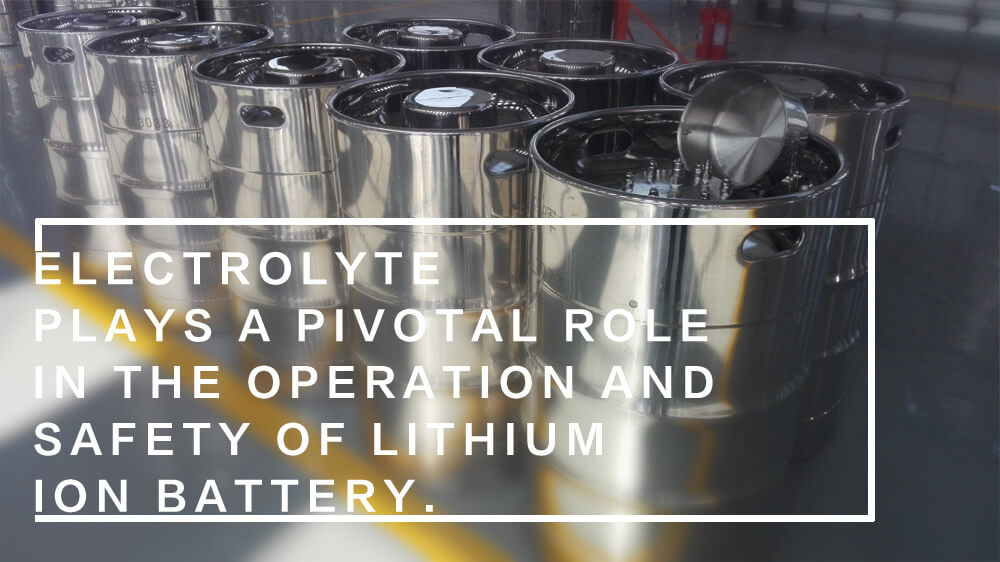 The main function of the separator is to separate the positive and negative poles of the battery, prevent the contact of the poles and short circuit, in addition to the function of electrolyte ions through. 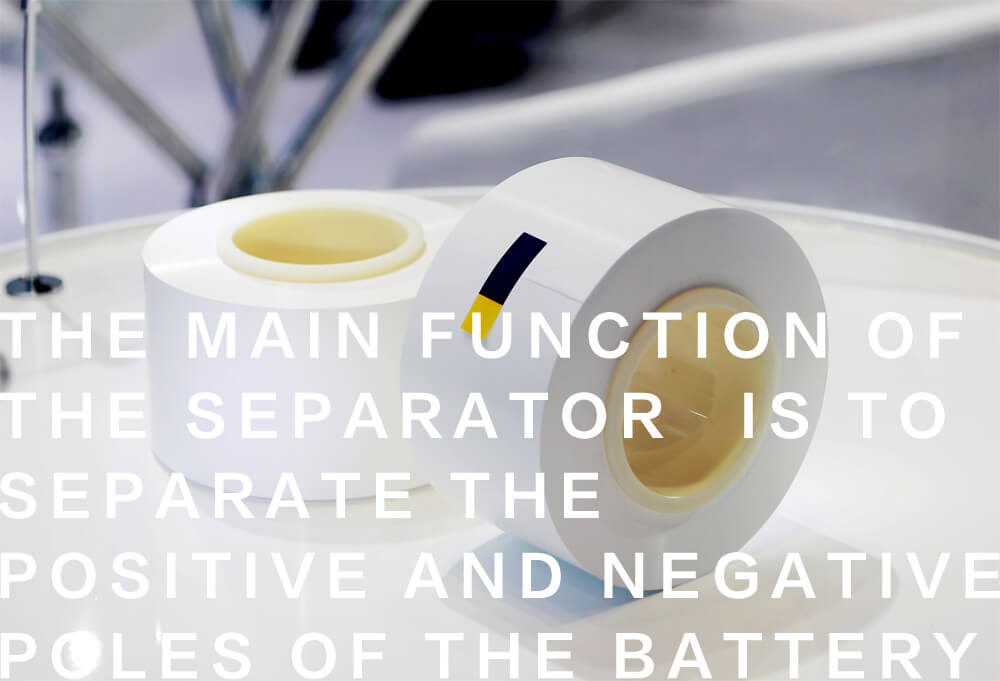 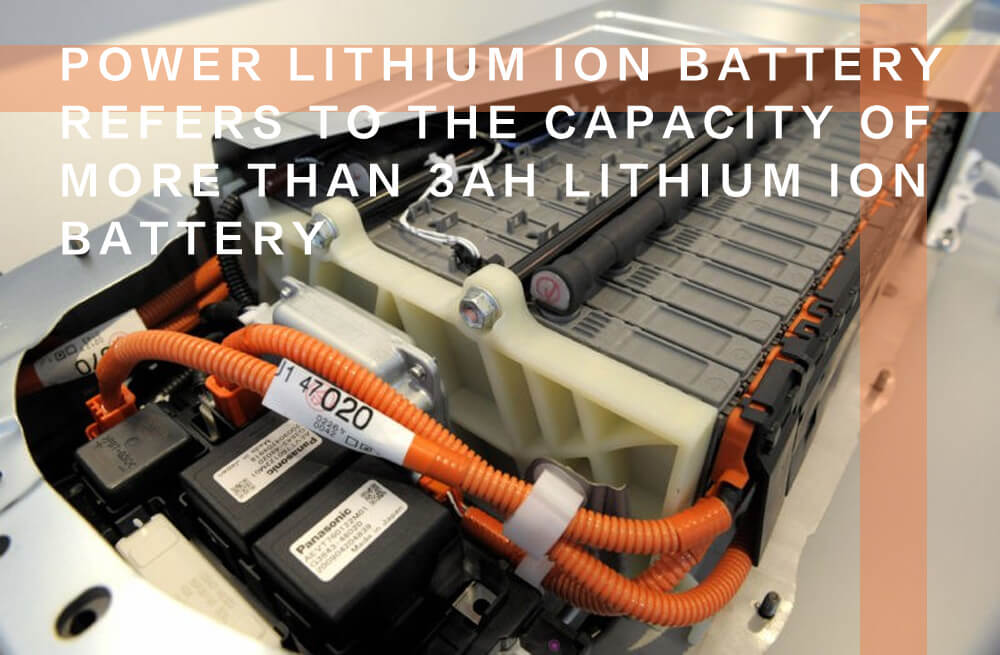 Data show that CATL accounts for nearly 50% of the competition in China’s power lithium battery market. BYD followed with 14.91 percent and LG Chem with 6.49 percent.