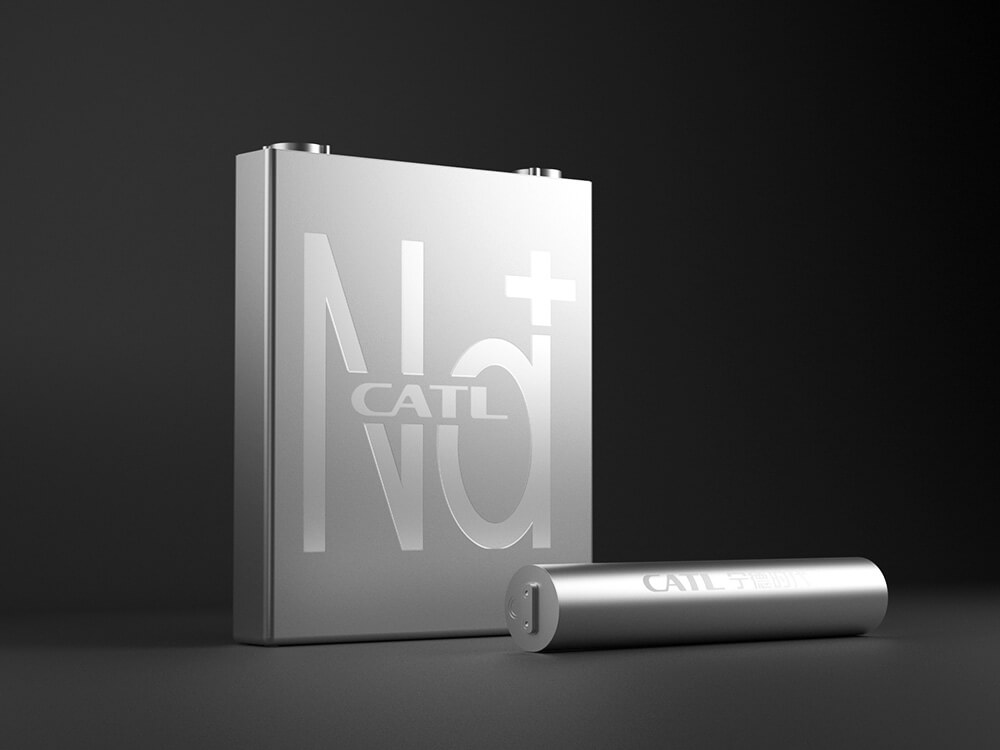 Is sodium-ion battery better than lithium?

But sodium resource is abundant. There are very few lithium energy materials in China and they are mainly imported, which will cost more and more in the future. Sodium resources are 1,000 times more expensive than lithium resources, thus cost less.

However, the technology of sodium self-care battery is not mature, and the main work is still in the laboratory. According to resource advantages, it is the most likely resource to replace lithium. The energy density is low, so it is not suitable for application replacement with high energy density requirements, such as mobile phone, notebook, computer and so on. 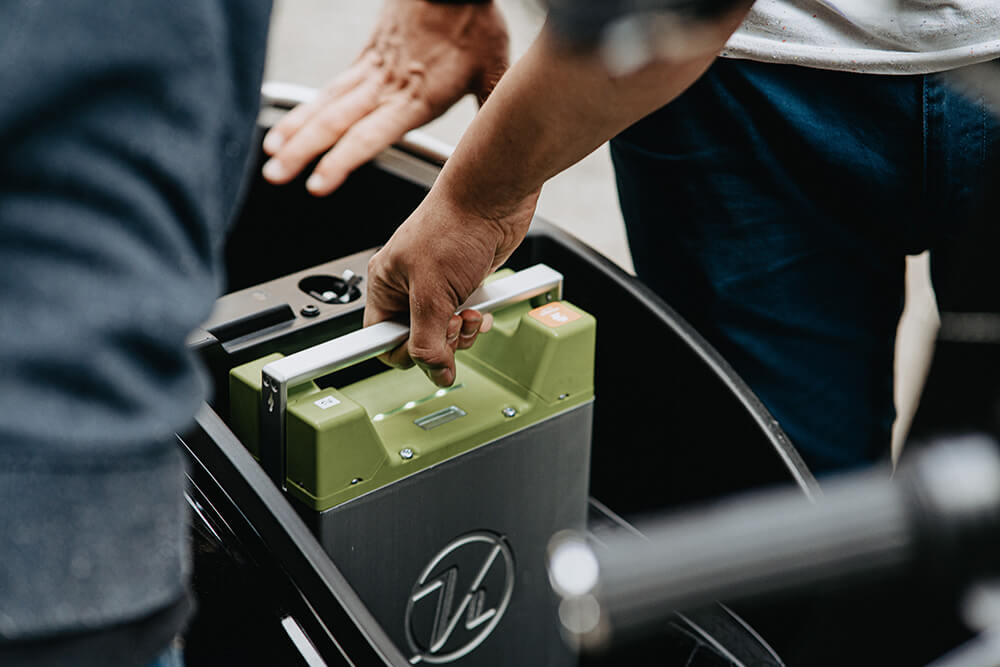 2.The technical route of sodium-ion battery

From the perspective of research and development, the anode and cathode materials of sodium-ion battery refer to the material system of lithium-ion battery. After testing, the cathode was made of a layered electrode material similar to lithium, cobalt and oxygen, which are expected to be mass-produced in the future.

The other is Prussian system, Prussian blue class of photoelectric cycle is relatively stable, but the disadvantage is that the energy density is relatively low, capacity is also lower than phosphate and wheel materials.

So we haven’t decided yet which of the three material systems is best. The most mature cathode in lithium is graphite. But with graphite as a cathode material, the performance is very poor, can not do a powerful use. Another good anode is hard carbon, which is a slightly jumbled amorphous structural material.

The electrolyte of lithium-ion battery is lithium hexafluorophosphate solution, and sodium ion battery is sodium hexafluorophosphate dissolved in lithium carbonate, which works very well. If you want to use high voltage, you use sodium perchlorate, which is to change the dissolved salt a little bit. But anyway, it’s very similar to the electrolyte of lithium, the solvent stays the same.

The diaphragm can be exactly the same as a lithium-ion battery. The anode can be used as a restrictor with aluminum foil, because aluminum foil is much cheaper than copper foil, using aluminum foil as a anode can reduce fluid collection. The manufacturing process for collecting fluid is also very similar.

So lithium-ion production lines can be tweaked to make sodium-ion battey, so if a battery factory wants to switch, its replacement cost won’t be too great. At present, the biggest problem of mass production is that it is a rising technology, which needs to be promoted from laboratory to industrialization. Its technical stability and material maturity will not be very high.

CATL claimed that their sodium-ion battery has energy density of 160Wh /kg. In theory it can be done. But there is no parameter for cycle life. The current cyclic stability is not good. On the market, electric cars are required to be used 2,000 times, but the current research can only be used 1,000 times. Because there is no material composition and parameters, so remain skeptical.

The volume of sodium-ion battery is larger than that of lithium-ion battery, the kinetic performance is relatively poor, and the movement of sodium ion is slow. Sodium ions are also affected by low temperatures, but it is not known whether new technologies were adopted by CATL.

3.2 What are the main factors affecting cycle life of sodium-ion battery?

How much room is there for improvement of cycle life index in the future, and then when it is expected to be able to meet the cycle as an energy storage battery?

The main factors affecting cycle life of sodium-ion battery are structural stability of anode and cathode materials. Sodium ions can be dragged and inserted reversibly. The cathode material is an economic material, and this material can be changed. Some materials are relatively stable, so they can maintain long cycle life.

The circulation of sodium ion is not as good as other ones, mainly because of its large volume and greater damage to the material structure, which can reach 1000 times in terms of long life. But this problem could be solved by technology in the future. It can make the material more stable. In the next 3-5 years, the total can cycle 3000-4000 times without a problem.

3.3 If lithium is replaced by sodium ion, how much will the cost decrease?

Sodium ion has not yet been mass-produced. It is still mainly in the laboratory, and the material cost is higher than that of industrialized lithium.

But after mass production, the whole production process is equal to lithium battery , the whole cost can be reduced by about 50%. But the anode and cathode materials have not been determined, so it is impossible to estimate. The anode has a slight advantage over lithium.

The big advantage is in the cathode, because in the cathode, the relative performance of manganese is more stable to metal ions, based on sodium manganese oxygen system, with some elements such as nickel or cobalt iron, is not too expensive. However, lithium batteries are made of high nickel, which can not be less cobalt and nickel.

The cost is much higher than manganese, but with lithium manganese oxygen, the performance will be very poor if there is more manganese. But manganese can be used as a large stabilizing element in sodium instead of nickel and cobalt. Using manganese as the main metal element combined with sodium carbonate, after mass production, the production cost will be significantly lower than the current lithium battery.

3.4 Are there any leading sodium-ion battery companies in terms of technology in China?

Among the mainstream enterprises, CATL has a team to make sodium-ion battery. Their research and development team is relatively large, so they have a long-term consideration in layout. So their technology is relatively advanced.In addition, many universities are now doing research and development, for example, The Chinese Academy of Sciences incubated zhongkehaina, specializing in sodium-ion battery. 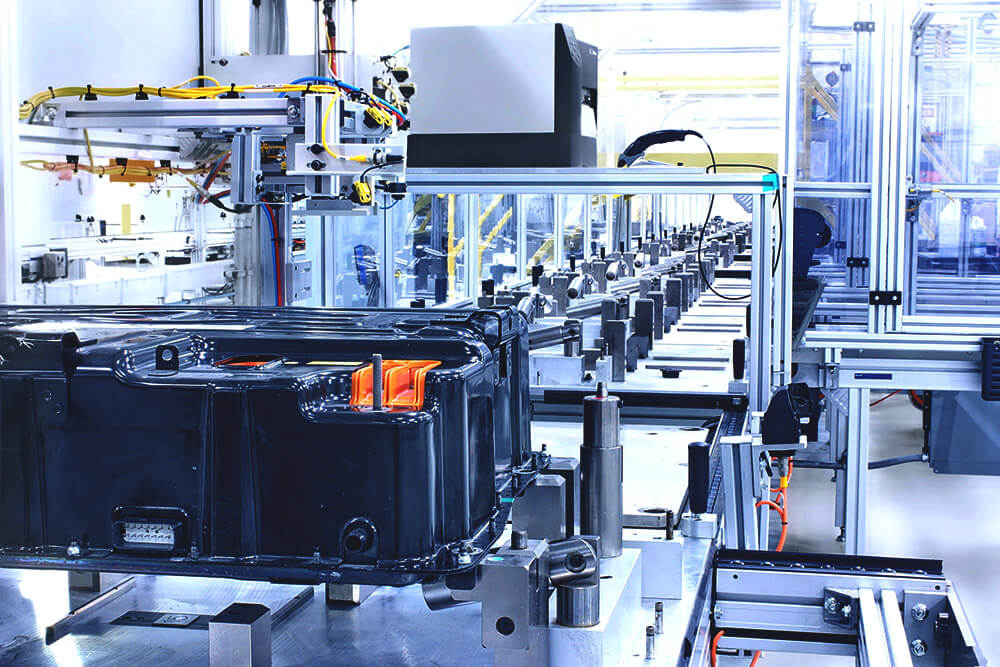 Shanghai Jiaotong University incubated sodium Innovative Energy , mainly engaged in energy storage batteries, which is also a start-up sodium-ion battery company. These two are specialized in sodium-ion battery research and development and industry, do not engage in lithium batteries. CATL’s main business is still in other aspects, just do a little sodium research and development.

None of the current sodium batteries are mature, and CATL says they will be mass-produced in the coming years, but their products are likely to remain in the laboratory.

3.5 How is the new sodium-ion battery developed by Zhongkehaina?

The cathode material of Zhongkehaina is also based on layered materials, based on the system of sodium, manganese and oxygen, which is doped with some elements such as copper, iron and cobalt, and the anode is also hard carbon. The electrolyte should also be sodium hexafluorophosphate.

3.6 What specific measures about sodium-ion battery industrial in China?

There is a lot of support at the national level in China, but no concrete measures. The government departments in China have arranged many sodium-ion battery projects and invested funds to encourage research institutes and enterprises to apply for them.

They have invested in research and development for applications where energy storage is difficult, including wind and solar energy storage stations, where sodium is needed. Others are temporarily unavailable, but policies will be introduced in succession. 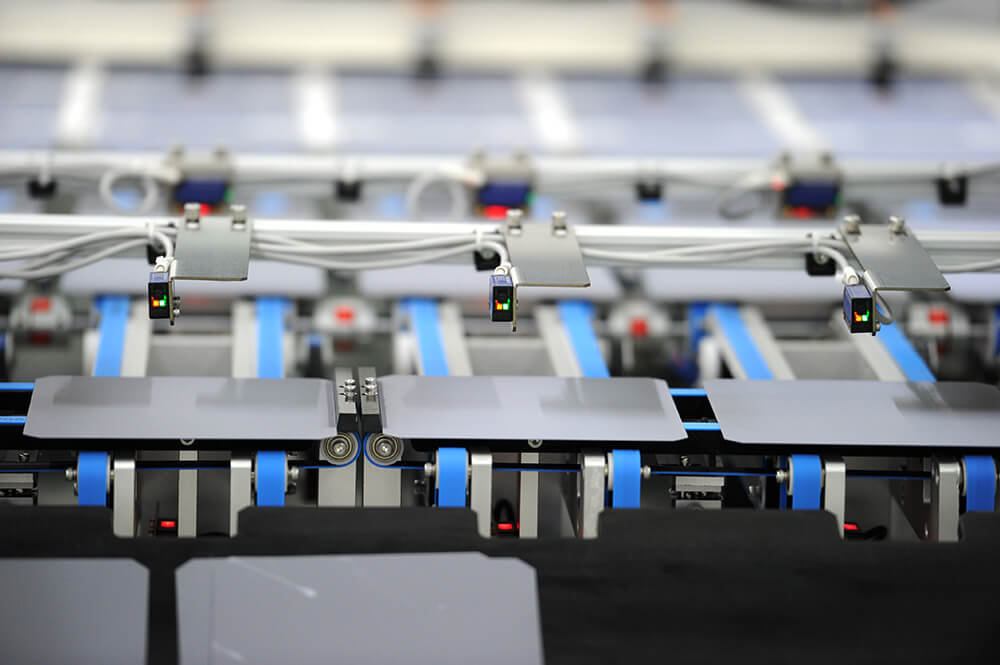 In a sodium-ion battery, you keep the same metal salts, you replace lithium carbonate or lithium hydroxide with sodium carbonate and sodium hydroxide, but the whole process is the same. For the cathode manufacturers, they can basically use the current lithium anode production equipment, but the specific production parameters and conditions need to be adjusted.

3.8 How much would the energy density increase if sodium ions could be used as solid-state batteries?

Or replace the electrolyte with a solid electrolyte. But solid electrolytes have not been particularly good so far. Anode and cathode materials are now commonly used as layered materials or hard disk materials, but sodium ions have a large volume proportion, which makes it more difficult to migrate in the solid, and its ionic conductivity is relatively poor in the electrolyte. So if you want to make a solid sodium-ion battery, you have to first find high ion mobility, to develop good performance for 5-10 years.

3.9 How much could the energy density of a sodium-ion battery increase if it found good electrolytes?

Current sodium-ion battery is not mature, so the performance of solid battery is still far lower than liquid sodium-ion battery. The capacity of the anode and the cathode, in the liquid state, you can use 90 to 100 percent of the energy, but in the solid state you can only use 60 to 70 percent. Because of the migration of ions in the solid, the electrolyte can penetrate into the anode and cathode, and all the particles of the anode and cathode materials can contact the electrolyte. 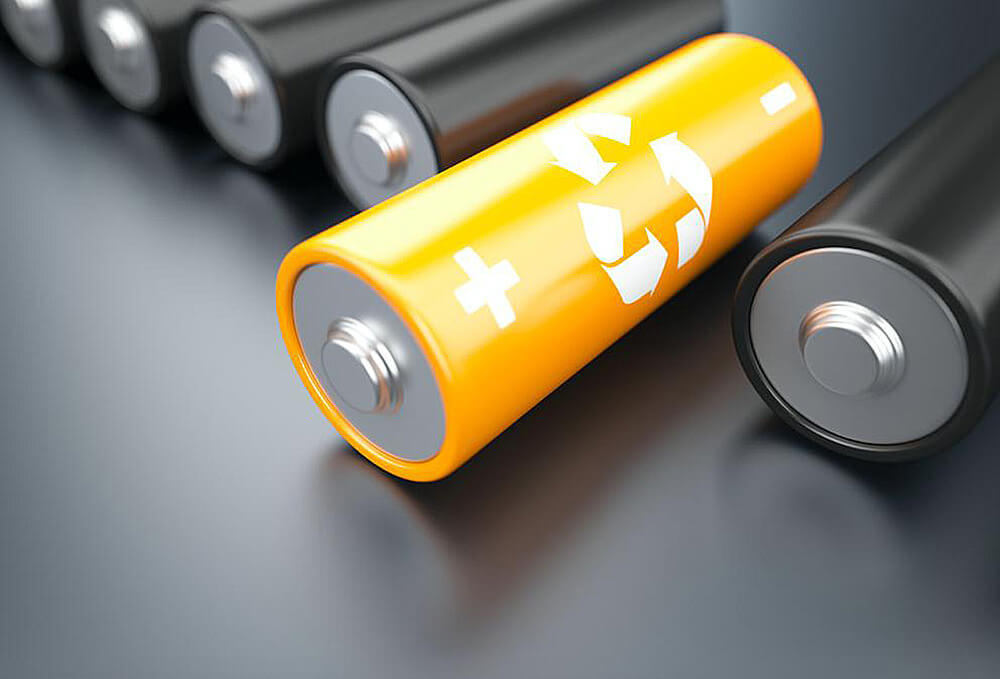 3.10 Are there any plans to develop sodium-ion battery around the world?

Several startups in the United States also want to commercialize sodium-ion batteries, but they lack the scale and technology to do so. South Korea’s LG, Samsung and SKI are also in the process of layout, and their progress is similar to China’s.

3.11 When the technology of sodium ion matures, what percentage of the total battery capacity can be accounted for?

The technical advantage of sodium ion is in mass production, but the disadvantage is that it is less energy-dense than lithium-ion batteries. Its applications mainly focus on energy storage and power tools that do not require high energy density, such as low-speed electric vehicles, electric buses and so on.

3.12 Sodium-ion battery or fuel battery, which can develop more quickly and maturely?

But mass production and application of fuel battery is still relatively far off. Fuel cells are the ultimate solution to the energy problem. The Hydrogen and oxygenreactions very clean,  and it also has very high energy density. But the bottleneck is hydrogen storage and release, as well as precious metals used as catalysts in fuel cells, which are difficult to come down in cost and find alternative thin catalyst technologies. 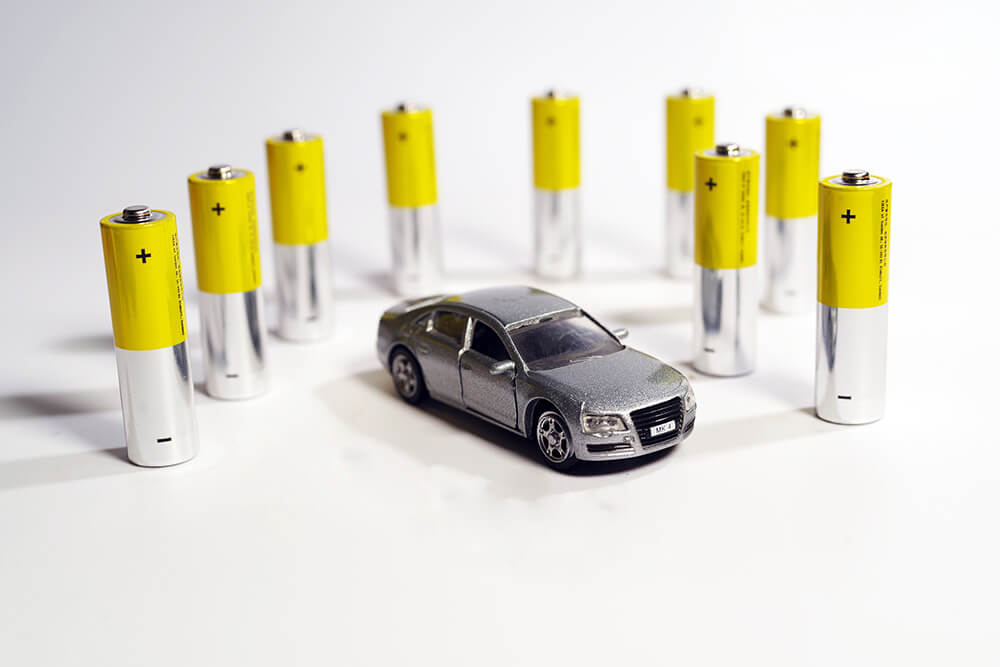 So these two technical bottlenecks are hard to overcome in a short time. Fuel cells may not be ready until 3/50 years from now, and the cost of hydrogen production can come down.

3.13 If China can self-provide the raw materials of sodium, is there no need to import lithium ?

The possibilities are high. Because each technology has its own characteristics and application scenarios. Including lead-acid batteries, for example, are also not going away. Current lead-acid batteries are growing in volume and use each year, but not as fast as lithium batteries.

3.15 Where is lead acid now used on a large scale?

Start and stop battery of Energy storage power station and fuel car. Because its technology is mature, the industry cycle like battery recycling also does well. Lead is toxic and polluting, but a good recycling cycle can also avoid contamination. This recycling technology is an advantage that lithium-ion batteries don’t have yet. However, after a large number of power lithium batteries are retired, the recycling of batteries is also a big problem.