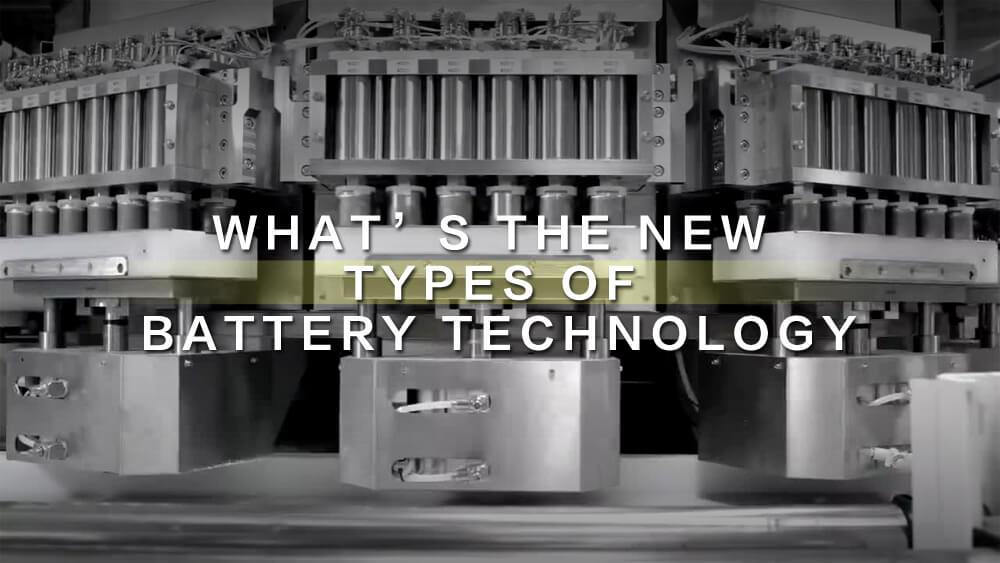 Since SONY officially commercialized lithium-ion battery in the 1990s, there has been no revolutionary progress in the principle and basic configuration of lithium ion battery technology, but relevant new materials keep emerging. Key equipment and production technology develop rapidly, and the design of cell and battery system keeps innovating and improving.

The energy density of battery cells has increased from 80Wh/kg at the beginning to nearly 300Wh/kg at present, and the cost of batteries has decreased year by year, which also indicates that lithium-ion battery technology has made significant progress.

In recent years, with the rapid development of new energy vehicle power battery, new battery technology emerge in an endless stream. This article summarizes some new technologies in the resent years.

At Battery Day, Tesla unveiled its 4680 large cylindrical battery technology. The 4680 battery, with a diameter of 46 mm and a height of 80 mm, is larger than Tesla’s previous 2170 battery.

According to official data, the 4680 battery will increase energy density by five times, increase power output by six times, reduce the cost per kilowatt-hour by 14 percent, and increase the range of models with the battery by 16 percent. Its main innovations are as follows: 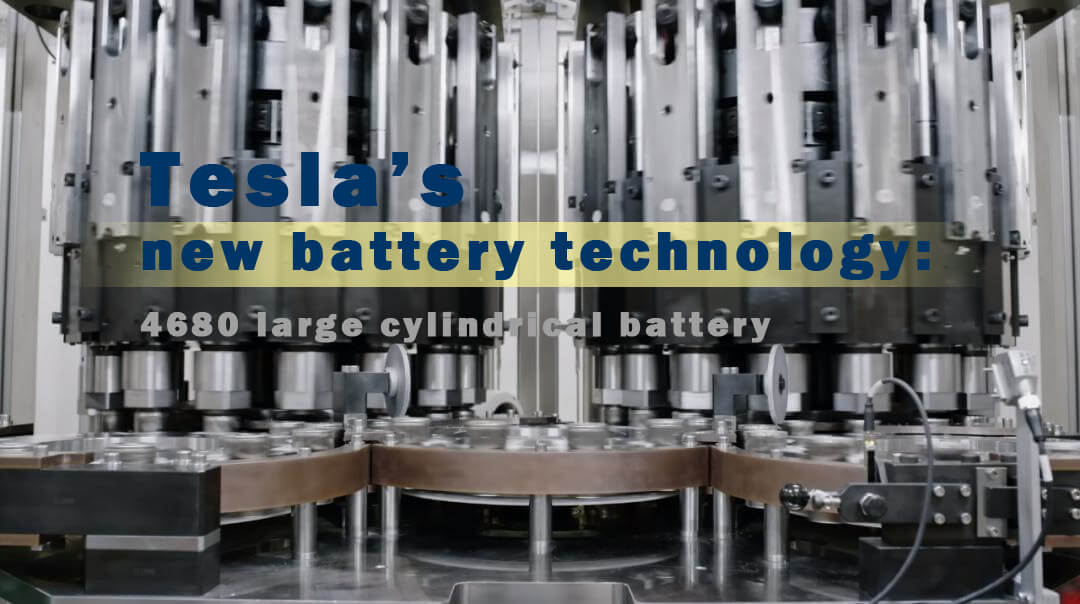 Taking the battery energy density, heat dissipation characteristics and battery group performance into consideration, the shell diameter of the battery is optimized to be 46 mm and the height is 80 mm.

Tesla 4680 battery technology adopts a design without lug.The cathode and anode collector fluid is leaked from both sides of the coiling core, and is directly connected with the positive and negative terminals of the battery through the collector fluid. The power characteristics of the battery are improved from the Angle of the electrode lug, and the current density is evenly distributed at large rate.

Cathode and anode electrode away through the diaphragm, between the current in the collection of fluid flowing through the distance is short, can achieve high power density, electrode calorific value is small.

The 4680 battery technology has some advantages in terms of energy density and power output, but due to the longer electrodes in the coil core, it may exacerbate the uneven distribution of internal current and temperature. As the cylinder diameter increases, effective thermal management can be problematic due to a decrease in the cell’s surface area/volume ratio. 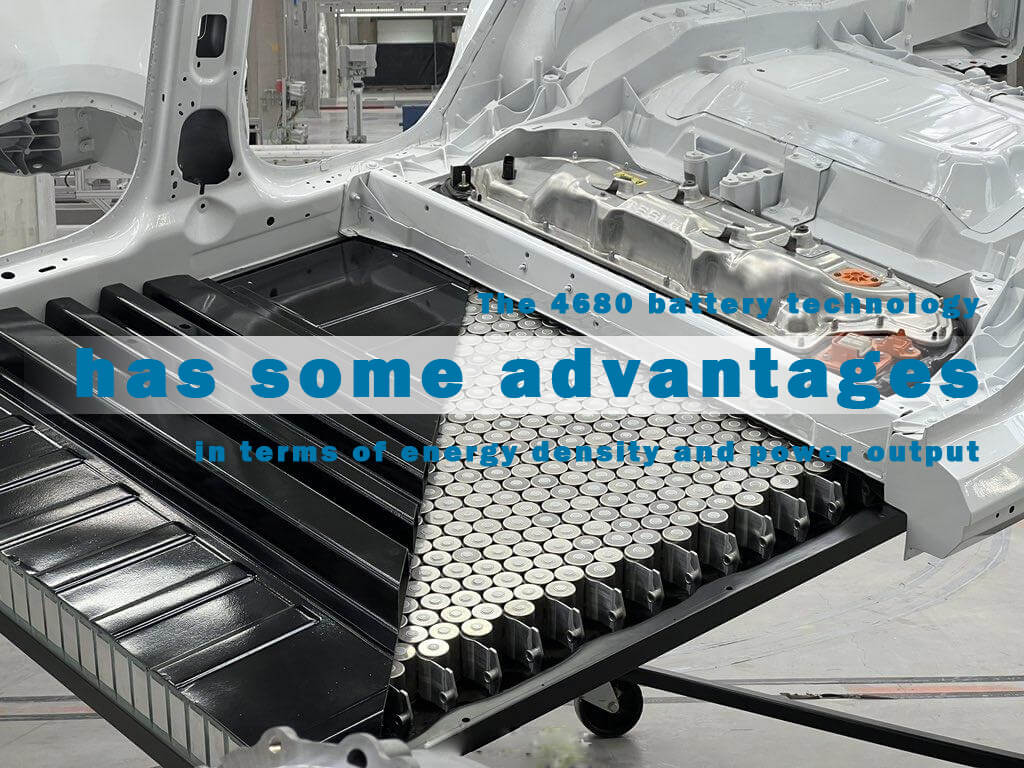 To solve these problems, Tesla has proposed a “anodeless ear” mode of collecting current, which is more evenly distributed within the battery by using the collector foil itself (foil edge) to collect current.

Tesla’s dry electrode technology consists of three steps :(I) dry powder mixing, (ii) molding from powder to thin coating, and (iii) pressing the thin coating to the collector, all without solvents. The dry electrode process is scalable and can adapt to the current lithium ion battery chemistry system and advanced new battery electrode materials.

(4) CTC technology (Cell to Chassis, the electric core is directly integrated into the Chassis of the vehicle)
The 4680 cell is CTC mounted directly into the chassis, further reducing the number and weight of the battery pack, thereby increasing the vehicle’s range. Musk said CTC could save 370 parts, reduce body weight by 10% and reduce battery costs per kilowatt-hour by 7%.

The blade battery technology directly elongates the battery parts and integrates them into the frame of the battery pack like the blade, leaving out the module and most structural parts, and is directly packaged by the battery cell.

Moreover, the thinner thickness also further reduces the heat accumulation in the puncture process, and improves the strength and safety of the battery pack. According to BYD, the blade pack costs 30% less and its energy density per unit volume is 50% higher than ordinary lithium iron phosphate batteries. 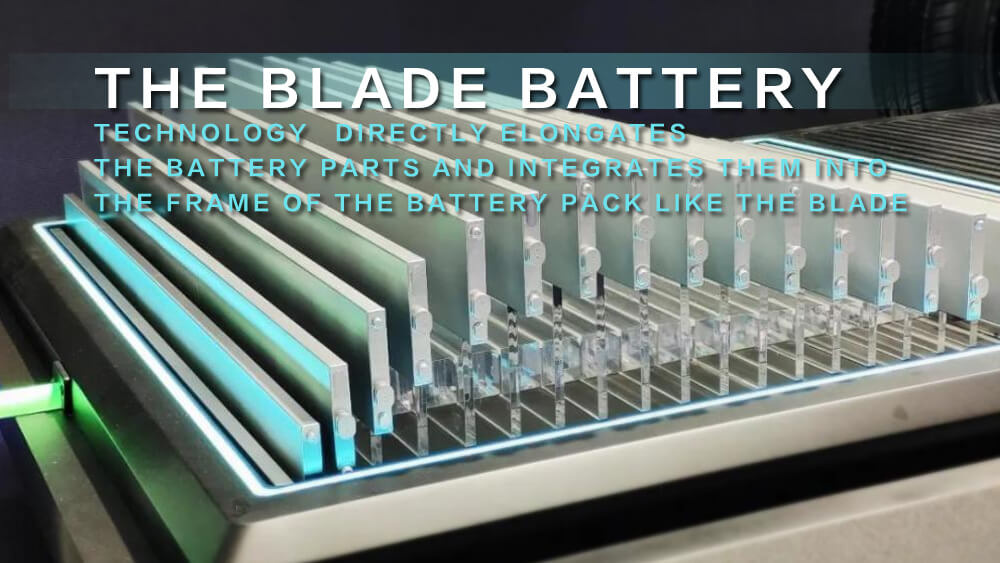 And the installation structure of single battery occupies more internal space of the package, resulting in a reduction in the overall capacity of the power battery package. The more single batteries are set side by side, the more space is wasted.

In addition, due to the need to set multiple external power connectors for power connection, resulting in increased internal resistance, improve the internal consumption of power battery pack in use. 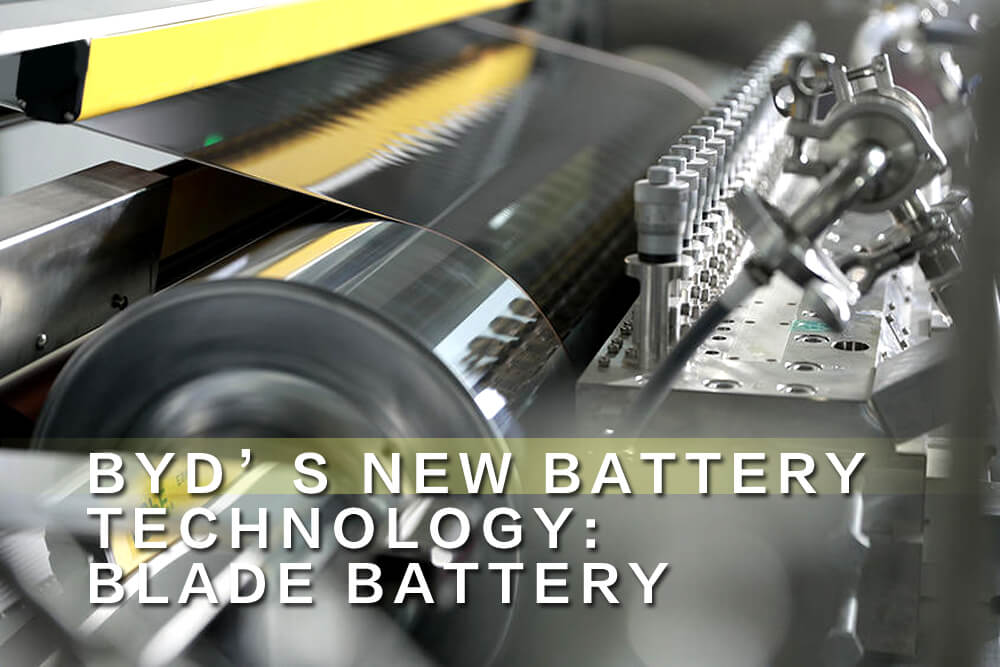 Cell to Pack (CTP) battery technology, also known as modular design. Multiple cells are directly arranged in the box without assembling multiple cells into modules. The number of parts and components is greatly reduced, the utilization rate of chassis space is greatly improved, and the manufacturing cost is further reduced.

According to the data released by CATL, its CTP battery pack volume utilization rate increased by 15%-20%, the number of battery pack parts decreased by 40%, the production efficiency increased by 50%, and the manufacturing cost of power battery was greatly reduced.

CTP battery technology splits a large module into small Spaces with several plastic radiators that can be inserted into a small space like a computer hard disk. A thermal silicone gasket is attached to the side of each cell, and there is a cooling channel on the heat sink plate in the width of the cell, which can be directly connected to the external cooling line.

It can be implemented to improve space utilization, structure weight reduced 5% and 40% 25% less, spare parts, the cost is reduced by 15%. 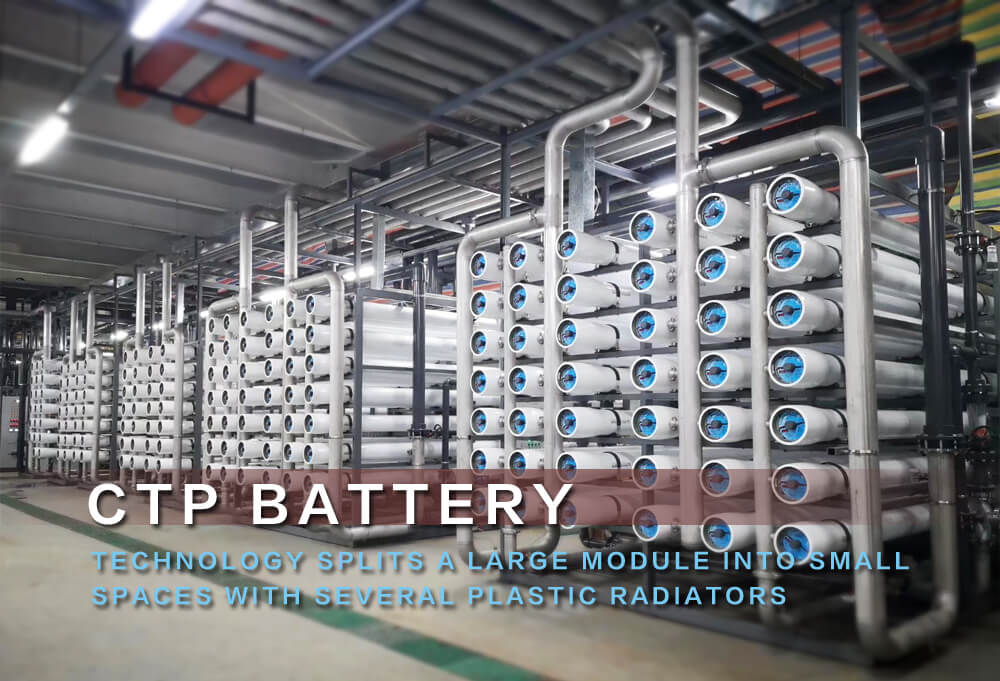 It can improve space utilization, improve the energy density 5% and 10%, 20% less parts, in thermal efficiency increases, costs by 10% 50%.

Magazine battery is a systematic battery technology specially designed to improve the safety of power batteries. It is a set of safety technologies from intrinsic safety hints of battery cells to passive safety reinforcement and active safety prevention and control.

The application of this series of key battery technology increases the heat resistance temperature of the cell by 30%. The positive electrode of the cell is ternary lithium.

In addition to the above hardware improvements, BMS software provides a final barrier to the safety of magazine batteries. The latest generation of battery management system chips can achieve 10 round-the-clock data acquisition per second, 100 times more than the previous generation of the system.

The battery can be monitored for 24 hours. If any abnormality is found, the battery quick cooling system can be started immediately to cool the battery.

Dayu battery technology sets of heat partition, bidirectional converter, heat flux distribution, etc. 8 design concepts, in the development of the double composite materials based on the new batteries and the high temperature thermal insulation composite module module, under the dual protection of Dayu battery technology to realize the effective partition of heat source.

As for the electric cell, the newly developed double-layer composite material is adopted between all the electric cells, which can isolate heat source and resist flame impact, effectively solving the pain point that traditional aerogel can not resist impact.

At the same time, considering the different expansion characteristics of cells in different chemical systems, the design of double-layer composite material can not only effectively solve the space demand of cell expansion, but also can isolate the heat source.

A large number of high temperature and high pressure gas and fire flows will be generated in the process of thermal runaway of the battery.

Dayu battery technology realizes the precise design of converter intensity and proportion through the simulation of multiple types of converter channel design schemes, effectively controls the heat source flow according to the predetermined track, reduces the thermal impact on the adjacent modules, and can avoid re-igniting.

The uniform distribution of gas-fire flow in different structural channels can be realized by constructing combustion model, fitting simulation of thermodynamics and hydrodynamics, impact strength and pressure calculation and other virtual technologies. A longitudinal channel is designed in the battery pack.

The longitudinal channel is connected with the commutator channel at the bottom and flows up and down under the action of air pressure. According to the magnitude of the impact of heat, air flow intensity and temperature change, flow according to the heat source track to avoid the sharp thermal impact on the adjacent cells and adjacent modules, causing the second thermal runaway. 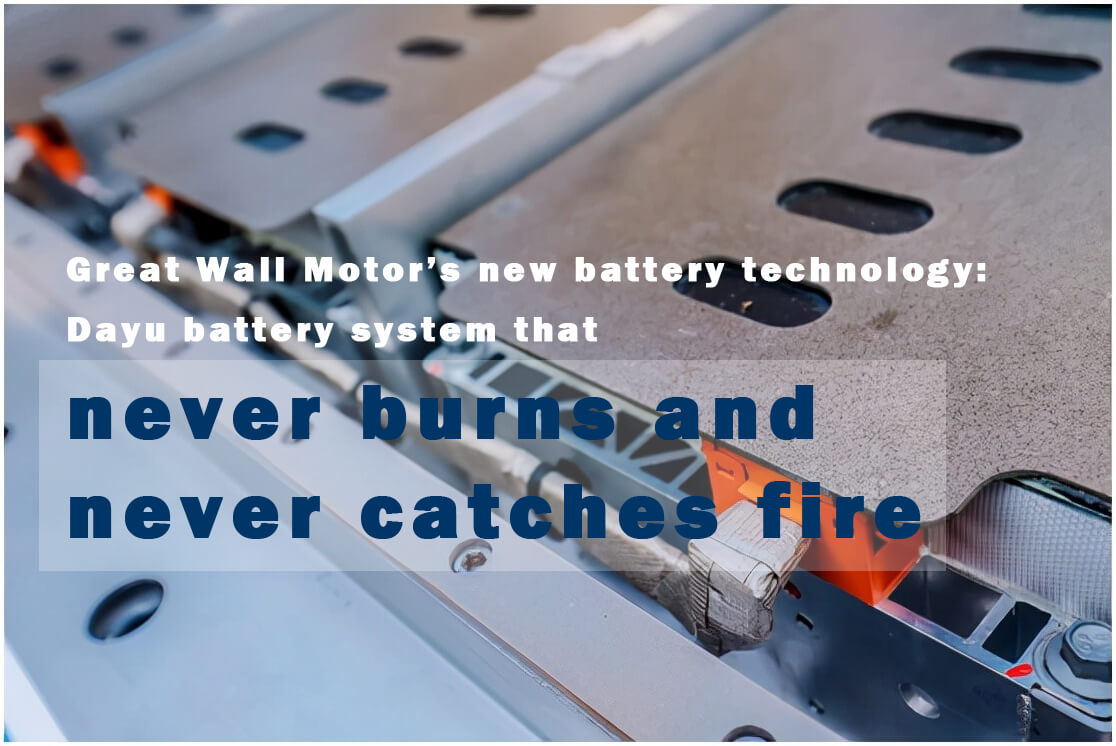 The fire source can be quickly guided to the fire extinguishing channel and safely discharged through diversion, diversion and commutation. The pressure and flow rate in the channel are uniformly adjusted to eliminate heat concentration and make the gas-fire flow flow evenly in the channel.

High temperature gases, such as the NCM811 battery, can be rapidly reduced from more than 1000 ° C to less than 200 ° C by directional detonation and commutation.

A multi-layer asymmetric honeycomb structure is set at the directional explosive discharge outlet of the battery pack to achieve rapid flame suppression and cooling.

Through multi-point, uniform and miniaturized design, the volume and weight are effectively reduced and the cooling effect is improved. The temperature of air and fire flow out of the battery pack is below 100℃.

According to the cellular aperture and unit gas mass flow rate, the size of fire extinguishing aperture has been optimized through many tests in the design of passage and fire extinguishing, and the pressure inside the bag is always higher than that outside the bag, so as to avoid secondary combustion caused by oxygen entering.

For battery safety, this battery technology has intelligent cooling monitoring and automatic cooling start system. When the battery management system identifies that the battery core has triggered thermal runaway, it can ensure that the cooling system of the vehicle can be opened quickly and heat diffusion can be suppressed through BMS and cloud dual monitoring.

Look forward to the birth of more new  battery technology!