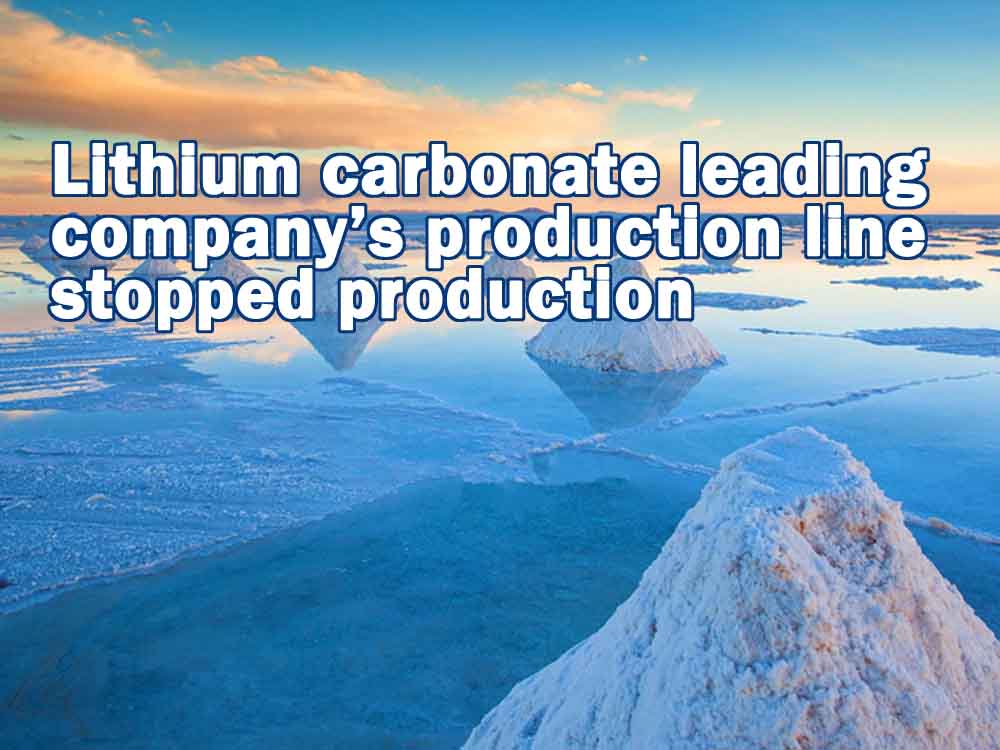 The reason why the price of Li2CO3 remains high in China is that the market for lithium iron phosphate batteries has increased, and Li2CO3 has entered a stage of short supply. One is that lithium carbonate resources are overly dependent on the mineral resources of other countries, and the other is that China’s resource mining is late and the cycle is long.

The industry believes that due to the tense international environment, increasing the release of Chinese resources is the key. It can be determined that accelerating the production capacity of Li2CO3 is the primary task of Chinese enterprises at this stage, and whoever has production capacity has a certain right to speak.

But recently, One of the top 10 lithium salt enterprises in China Yongxing issued a temporary suspension announcement, which is related to the Li2CO3 smelting production line.

According to the announcement, Gaoan City, Jiangxi Province found that the water quality of the Jinjiang River was abnormal during daily monitoring, and the ecological environment department is conducting investigations upstream and downstream. Yongxing temporarily shut down the lithium carbonate smelting production line in order to cooperate with the environmental investigation.

At the same time, Yongxing New Energy has formulated a work plan during the shutdown period, and will carry out equipment maintenance and other work to ensure that various production requirements can be fully and efficiently met when production resumes. 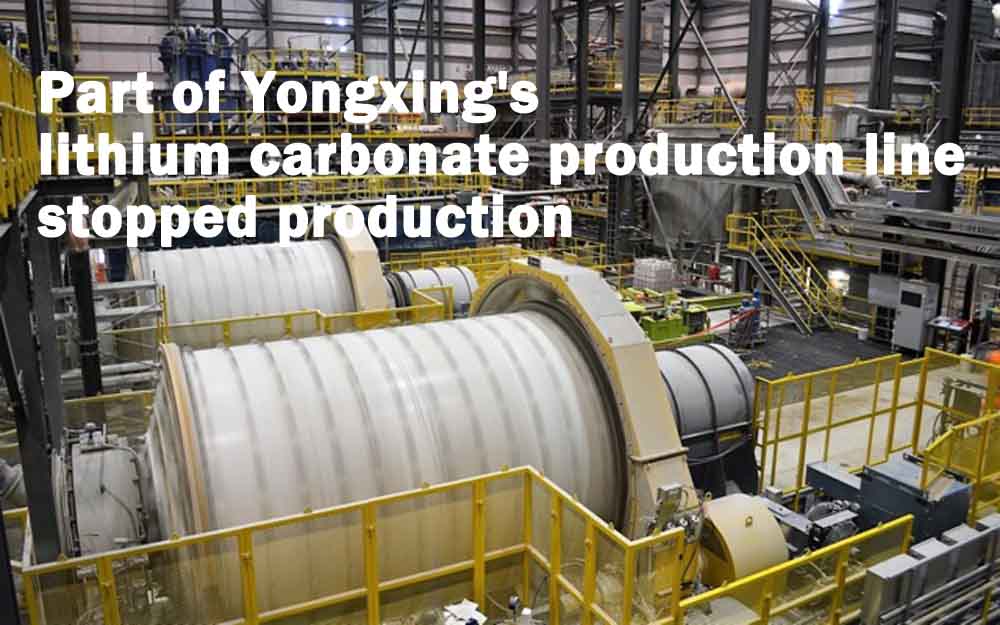 However, the specific time for the resumption of production cannot be determined for the time being. Based on this news, on the secondary market on the 29th, companies in the new energy field basically went higher, but Yongxing went all the way down after the opening, and closed at the limit price of 102.28 RMB/share. But looking at it today, Yongxing’s stock price has rebounded, with an increase of 2.92%. The latest stock price is 105.27 RMB, with a total market value of 43.655 billion RMB.

Yongxing, formerly known as Yongxing Special Stainless Steel Co., Ltd., is a leader in new special steel materials in China, and now has 9 wholly-owned and holding subsidiaries. In 2017, it entered the field of lithium salt. Relying on its two major mines, the output of lithium salt has increased year by year, and the dual main business of “new materials + new energy” has been smoothly promoted in parallel.

In the first three quarters of this year, Yongxing’s lithium battery new energy business achieved a sales volume of 13,770 tons of Li2CO3, realizing a net profit of 4.03 billion RMB attributable to shareholders of listed companies.

Cooperation between Yongxing and CATL has been terminated

In fact, the price of Li2CO3 has risen sharply since last year, and from the perspective of companies in the lithium battery segment, the performance of lithium salt companies has repeatedly hit new highs. In particular, companies that hold mineral resources are the most prominent, such as Ganfeng, Tianqi, and Yahua.

Therefore, the industry set off a battle to grab lithium, and battery companies, material companies, and terminal car companies entered the game, with the competition for lithium salt resources as the most important. Yongxing is no exception. In addition to its own production expansion, it is still seeking group cooperation, but at present, it seems that it is not going well. The cooperation with one of the top 10 lithium ion battery manufacturers CATL also ended in termination. 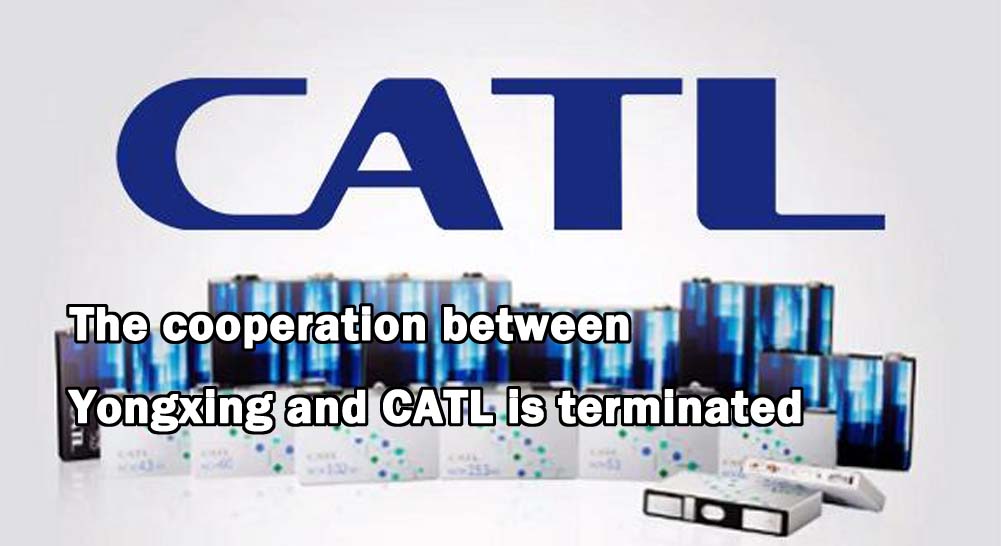 The total investment of the project does not exceed 2.5 billion RMB, and it is planned to build a project with an annual output of 50,000 tons of Li2CO3. Among them, the first phase will first invest in the construction of a lithium carbonate production capacity project with an annual output of 30,000 tons, with a total investment of no more than 1.5 billion RMB; After the first phase of the project reaches production capacity, start the construction of the remaining capacity. In addition, Yongxing and CATL will also cooperate on the company’s lithium carbonate products.

Until September this year, an announcement by one of the LFP cathode material manufacturers in China Lopal technology attracted widespread attention from the market. According to the disclosure, Lopal technology will cooperate with CATL to start a lithium carbonate joint venture project. To put it simply, Lopal Technology will cooperate with Tangshan Xinfeng Lithium Industry and Yichun Times on a lithium carbonate project with an annual output of 30,000 tons.

Among them, Yichun Times and/or its parent company will provide the joint venture company with lepidolite ore or lepidolite concentrate or spodumene concentrate (“raw material”) required for the production of Li2CO3 and provide a certain level of profit guarantee.

According to investigations, the previous partner of the above-mentioned 30,000-ton lithium carbonate project was Yongxing. Also in September, Yongxing also announced that it decided to sign the “Termination Agreement of the Joint Venture Agreement” with CATL. The reason for the termination is due to the new situation that actually appeared and faced in the process of project preparation.

So far, Yongxing has officially withdrawn from this cooperation project, and will seek other cooperation methods according to the actual situation in the future.

Of course, Yongxing’s partner is Jiangxi Tungsten Industry. The two parties plan to establish a joint venture company to build a 20,000-ton lithium carbonate project with a first-phase production capacity of 10,000 tons. Among them, Yongxing holds 49% of the equity of the joint venture company through Yongxing New Energy, and Jiangxi Tungsten holds 51% of the equity.

In addition, the mineral processing project with an annual output of 1.8 million tons supporting the second phase of the smelting project has been put into use and is in the process of ramping up production capacity. The two projects that are in the preparation stage are mainly: 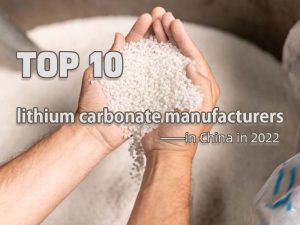 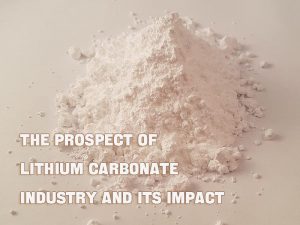 The prospect of lithium carbonate industry and its impact
September 17, 2022 No Comments
Read More » 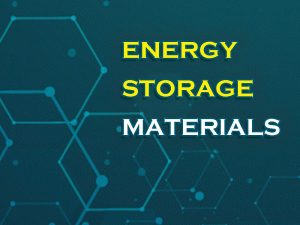