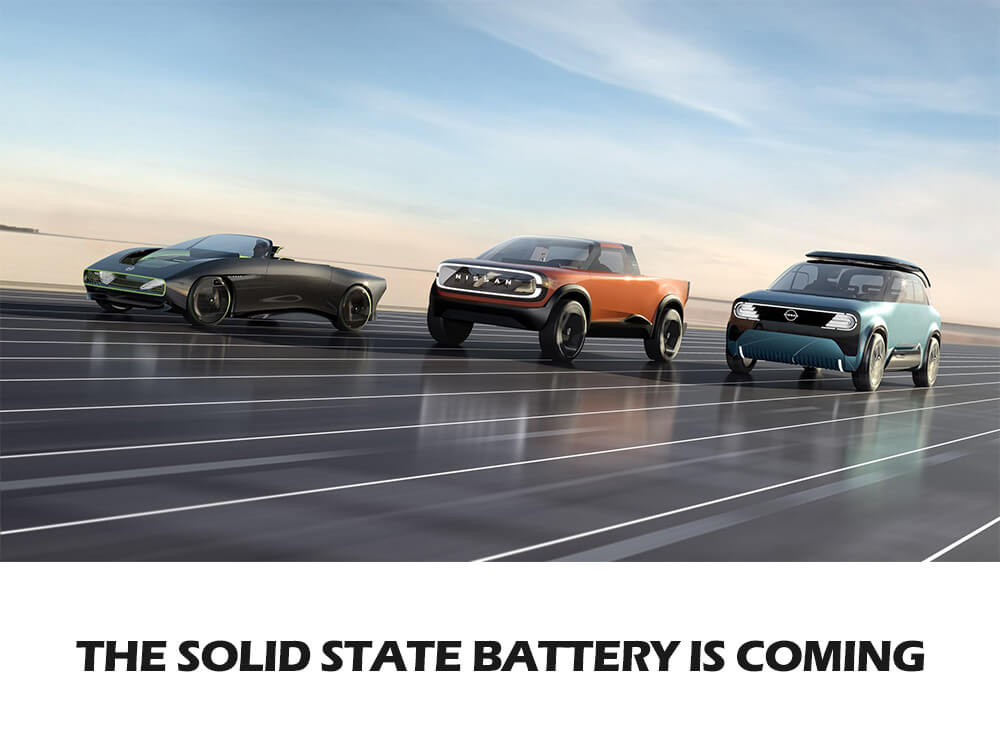 On December 8, a source revealed: “As far as I know, the formula and preparation process of BYD’s all-solid-state lithium-metal laminated battery have indeed been developed and are continuing to be optimized. This project also won an internal first prize. “ 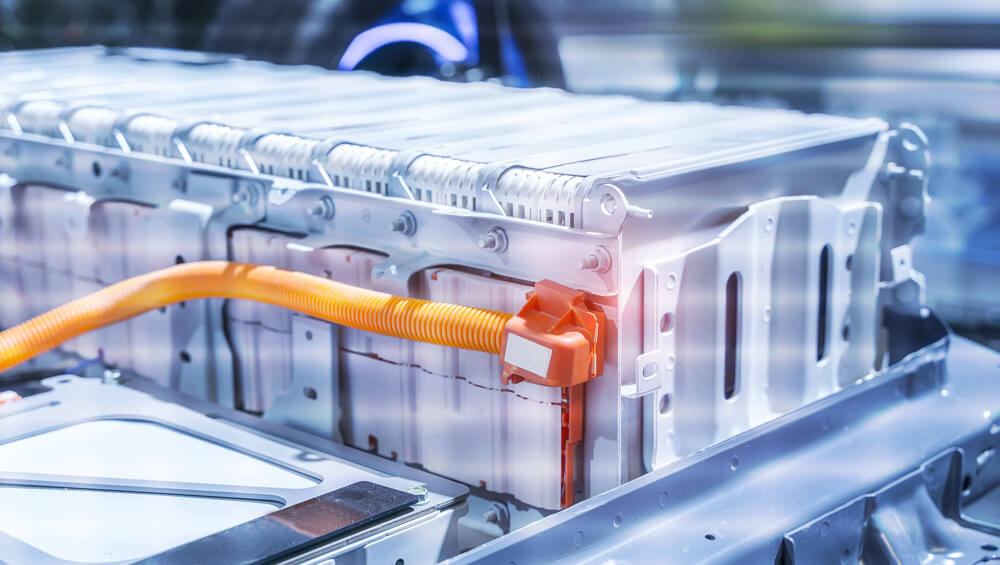 The news further pointed out that “in the short term, there should be no mass production. BYD does not need to be eye-catching like other car companies, but pursues technologies that can be popularized on a large scale at low cost and products that bring consumers affordable.”

At present, BYD already has a large number of low-cost, high-safety blade batteries in stock, and later solid-state batteries with high cost, high safety and high energy density are being developed.

In terms of the number of solid-state battery patents in china, there is a statistic that BYD ranks first with 76 patents. 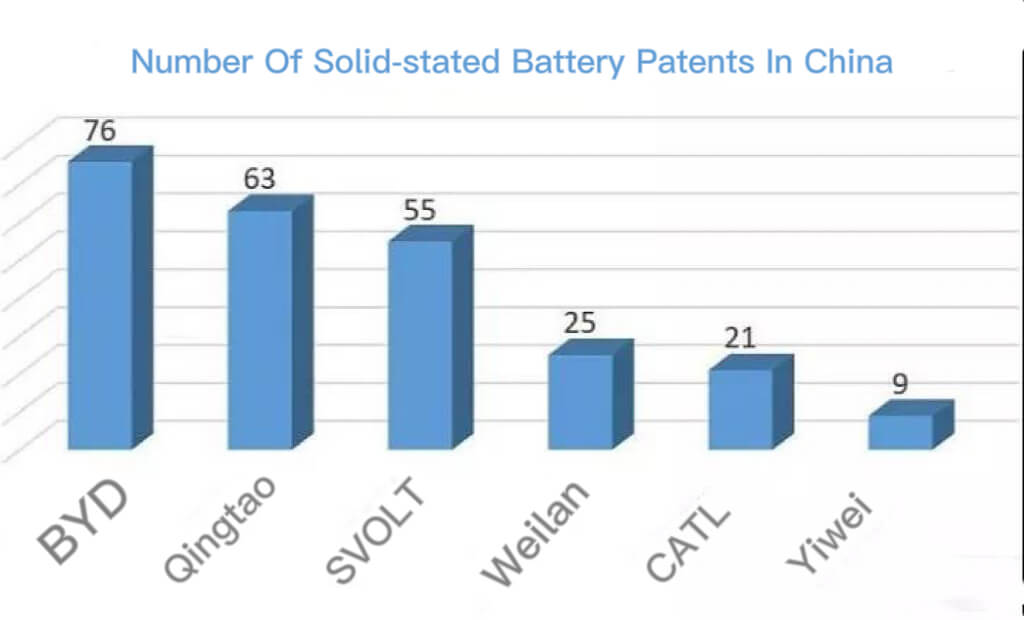 In January 2018, BYD stated on the interactive platform that the company is actively promoting the commercialization of solid-state battery projects.

On March 2, BYD published a patent for “a solid electrolyte and solid lithium battery”

There is a voice that, at present, European, American, Japanese and Korean companies are in a leading position in the research and development of next-generation solid-state batteries, and there is a certain gap between China’s solid-state battery industry and it.

Ouyang Minggao, academician of the Chinese Academy of Sciences and vice chairman of the China Electric Vehicles Association of 100, believes that “From a national perspective, Japan attaches the greatest importance to all-solid-state batteries, does the best, and has the largest scale. Japan has a large national plan with a meticulous division of labor. In terms of research and development of all-solid-state batteries, my country is still in the stage of’separate governance’. There is no complete national plan to promote it. In contrast, Japan is five years ahead of China.”

In the international market, since 2021, many multinational companies have mentioned the layout of the battery industry when announcing their electric vehicle development plans, and have formulated solid-state battery business plans to develop related business layouts. 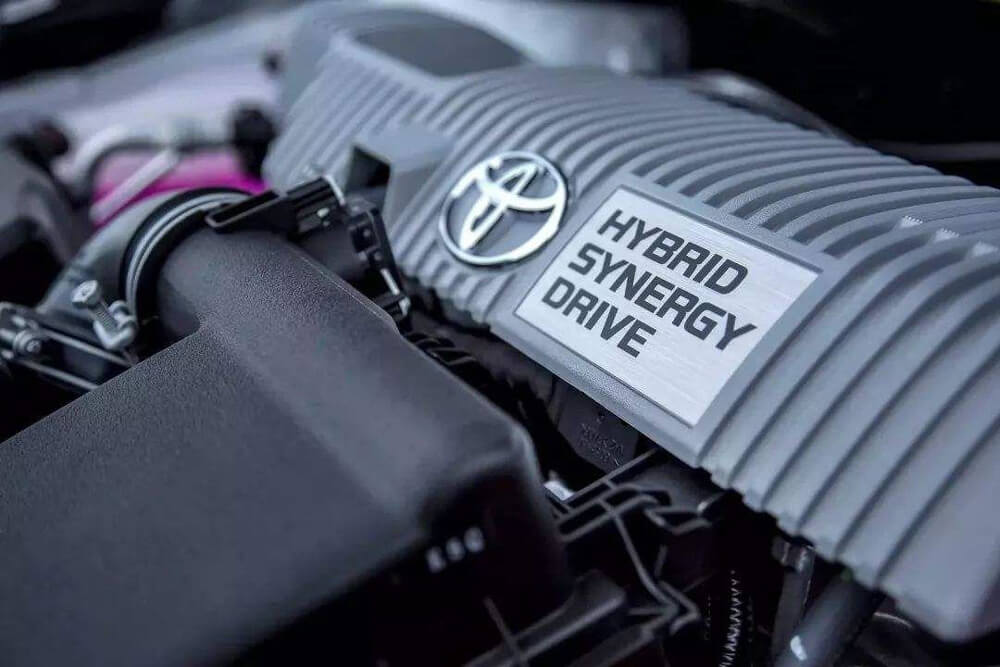 Nissan plans to launch electric models equipped with original all-solid-state batteries by 2028, and plans to build a pilot plant in Yokohama, Japan in 2024.

As early as 2018, Volkswagen Group invested US$100 million in Quantum Scape, a solid-state battery company in the United States, and started cooperation. In 2020, an additional US$200 million will be invested. The company went public in September 2020, and Volkswagen holds 31.05% of its Class A shares.

BMW Group and Ford Motor Company announced in May 2021 that they would jointly invest US$139 million in solid-state battery start-up Solid Power.

Daimler and Stellattis said in December 2021 that they would make a strategic investment in solid-state battery manufacturer Factorial Energy and start business cooperation with it. However, Daimler, Stellattis and Factorial have not disclosed the financial details of the investment.

In addition to the joint investment in Solid Power with Samsung SDI in 2018, Hyundai Motor also invested in SES, which is closely related to General Motors in 2021…

BYD mentioned above is one of the representatives of China enterprises. In fact, the layout of solid-state batteries by china companies does not lag behind that of international car companies. It may be a fact that Japan has deployed solid-state batteries earlier, but in terms of technical strength, it may not be five years ahead.

In 2019, Weilai Automobile and Huineng held a strategic cooperation agreement signing ceremony in Taoyuan, Taiwan. The two parties will jointly build a prototype car using Huineng MAB solid-state battery packs; in January this year, on Weilai Automobile’s “2020 NIO Day”, Weilai released the first 150kWh solid-state battery, announcing that it can achieve an ultra-high energy density of 360Wh/kg, and the Weilai ET7 sedan equipped with this battery will have a battery life of more than 1,000 kilometers. 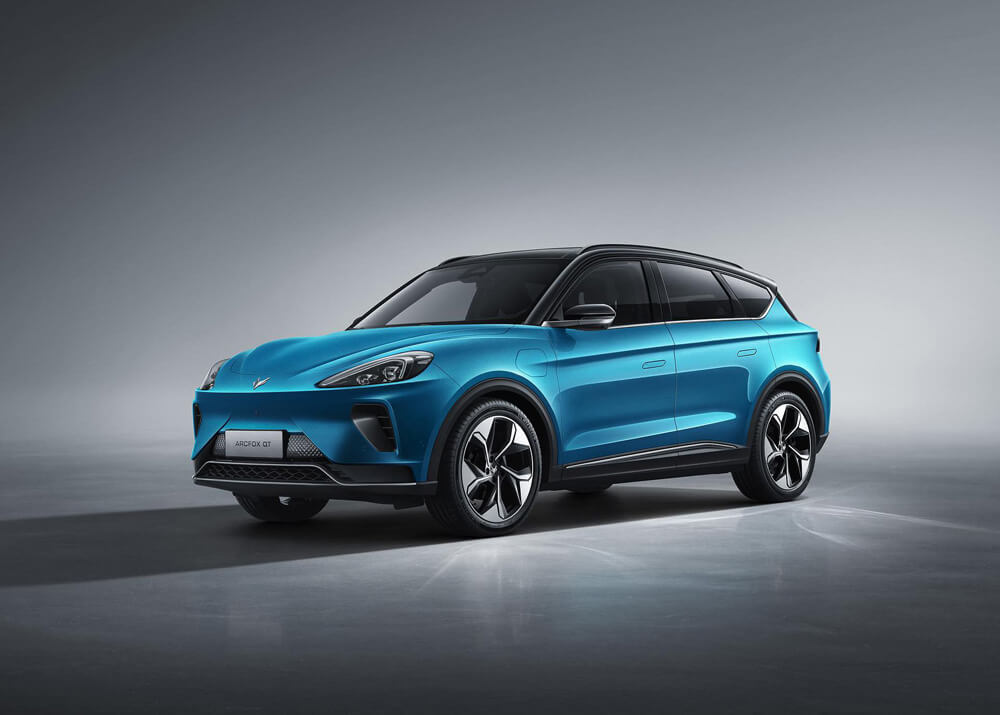 Dongfeng Technology Center and Ganfeng Lithium Battery formally signed a contract in July 2021. The two parties negotiated on solid-state battery demonstration operation cooperation and signed a solid-state battery E70 model promotion agreement. It is understood that this year, Dongfeng will take the lead in completing the announcement of solid-state battery vehicles and complete vehicle delivery before the Spring Festival.

Those companies that deploy solid-state batteries

According to incomplete statistics, there are currently more than 50 companies in the world developing solid-state batteries. In terms of market demand, it is predicted that by 2030, the global demand for solid-state batteries is expected to reach 500GWh, which is conservatively estimated to form a market size of more than 300 billion RMB.

The progress related to solid-state batteries of representative companies is as follows:

CATL: In 2016, it will deploy sulfide solid-state battery research and development, and it is said that it is expected to be commercialized after 2030.

Guoxuan Hi-Tech: In 2017, Guoxuan Hi-Tech announced that it has begun to develop solid-state batteries and solid electrolytes. It is developing next-generation power battery production technology and production equipment in the United States and Japan, and related products will use semi-solid battery technology. 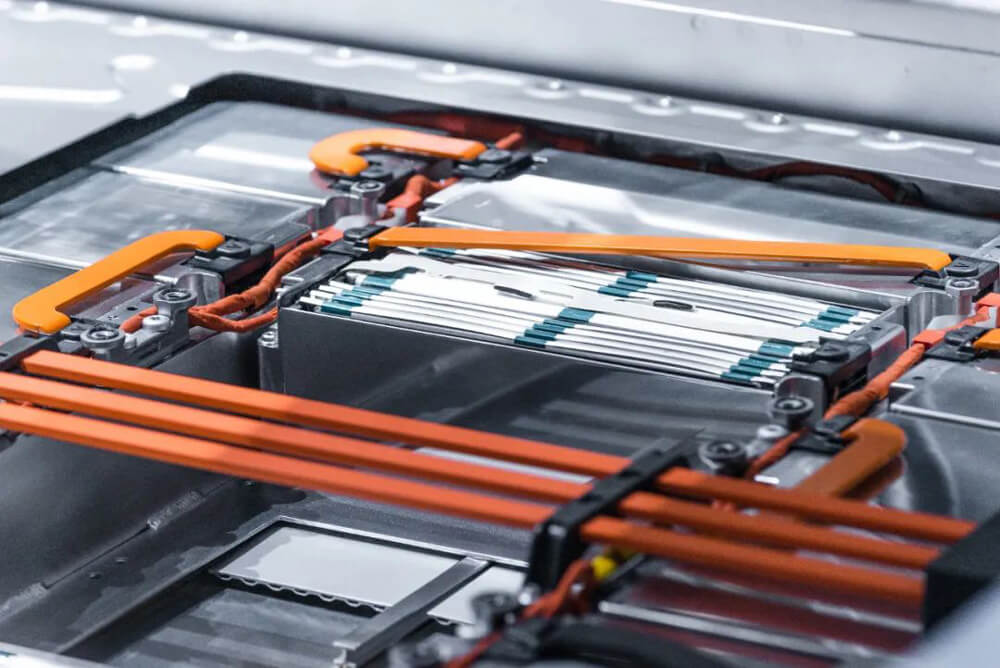 SVOLT: plans to use solid-state batteries with an energy density of 350-500Wh/Kg in mass-produced vehicles in 2025. At present, breakthroughs have been made in the research and development of semi-solid battery technology, and the “jelly battery” has been launched.

Huineng Technology: At present, Huineng solid-state lithium ceramic batteries have been mass-produced and shipped, and can be used in mobile phone accessories, wearable devices and other fields. At the same time, solid-state batteries for new energy vehicles have also been successfully developed. In 2021, semi-solid batteries will reach 1GWh capacity by 2024. Achieve mass production of all solid-state batteries.

Qingtao Energy: In 2020, a new energy prototype equipped with Qingtao Energy’s solid-state batteries will be successfully rolled off the assembly line at BAIC. At the same time, Qingtao’s first phase of 1GWh solid-state power battery project has been put into production.

Quantum Scape: Received a key investment from the Volkswagen Group, and went public in November 2020 through SPAC, and plans to establish a 1GWh trial production line in 2024.

Solid Power: Received investment from BMW, Ford, etc. to develop all-solid-state batteries for vehicles, which are expected to be installed in 2022… 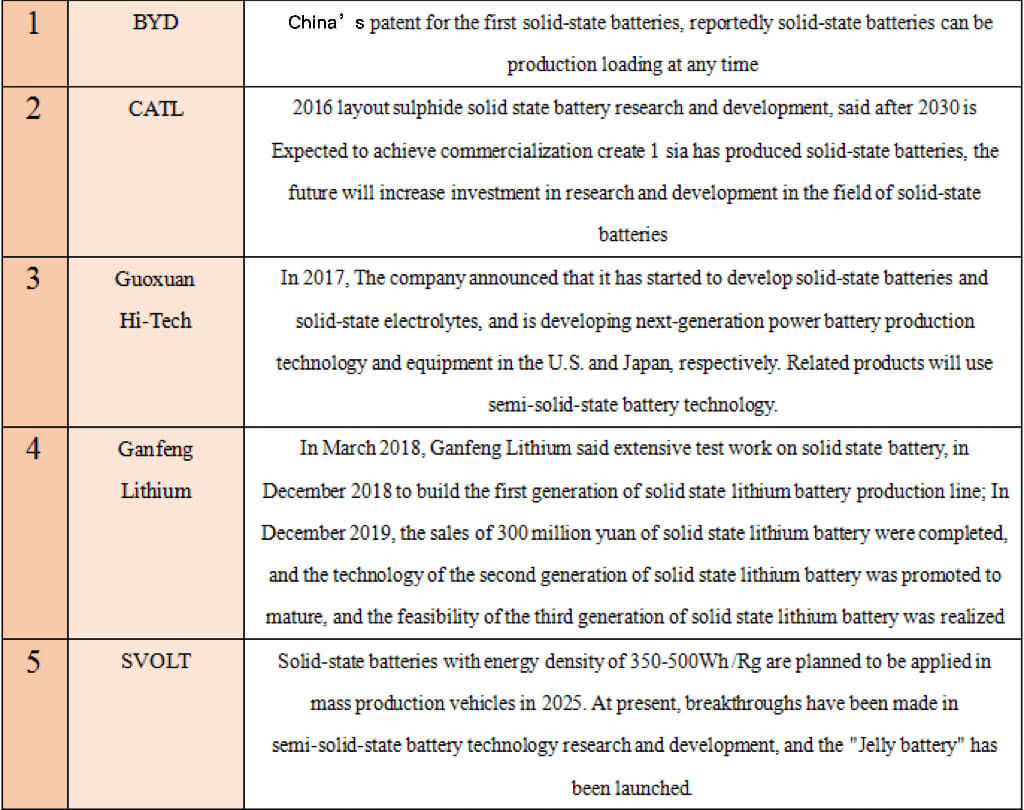 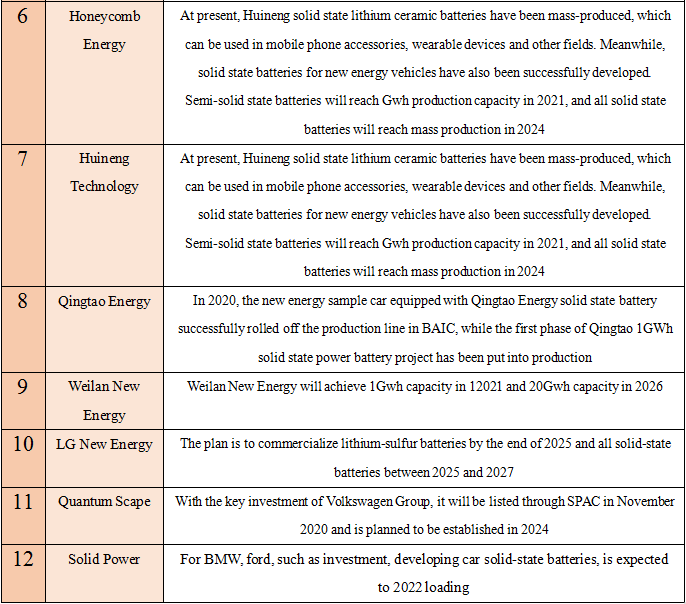 With the help of capital, investment in the field of solid-state batteries continues to be hot internationally.

SAIC and GAC previously led the investment in the E+ and E++ rounds of solid-state battery company Qingtao Energy respectively.

In general, solid-state batteries have been walking on the vents. Whether for car companies, power battery companies or start-ups, it is a new track full of potential but extremely challenging.

The fast-developing solid-state battery does not have to wait another 5-10 years. Please do not be surprised if it arrives early!