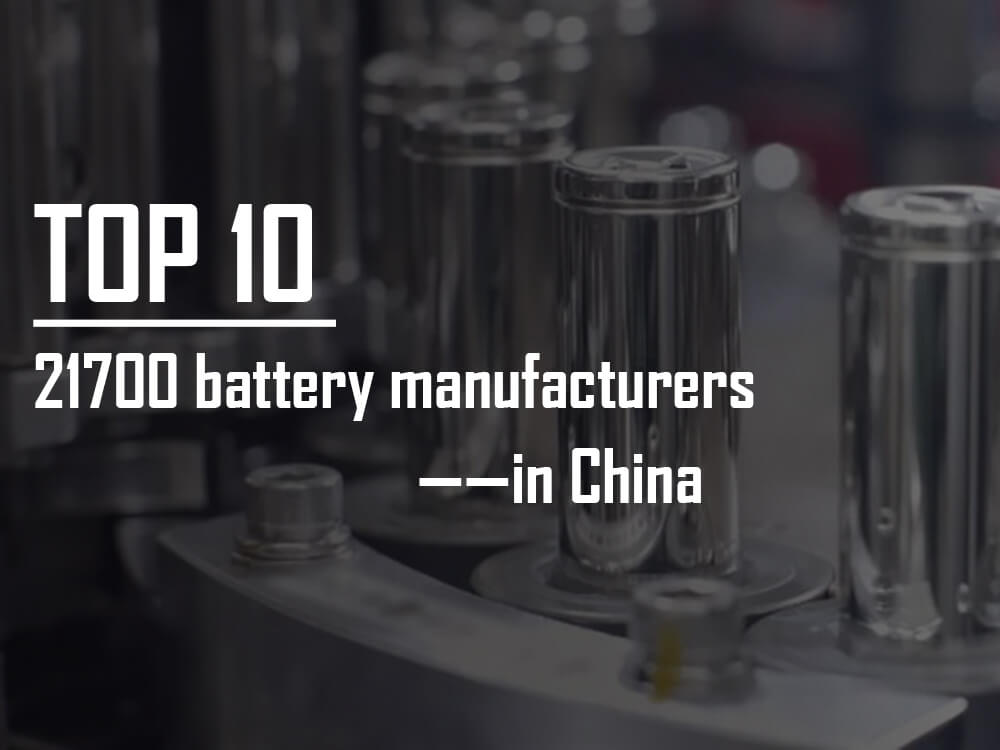 The pursuit of high specific energy for power batteries has become an irreversible trend, and many battery companies have begun to turn their attention to the layout of 21700 battery.

The production lines of some enterprises are imported from abroad, but the assembly is done by themselves, so the conversion from 18650 to 21700 can be realized at a lower cost. Currently the representatives of Chinese 21700 manufacturers are the following Top 10 21700 battery manufacturers in China.

Company profile：
Tianjin Lishen As the No. 1 in Top 10 cylindrical lithium ion battery manufacturers was founded on December 25, 1997. It has an annual production capacity of 13G watt-hour lithium-ion batteries, and its international high-end market share ranks among the forefront of the global lithium battery industry.

The daily shipment of Suzhou Lishen 21700 batteries, a subsidiary of Tianjin Lishen, exceeds 400,000, and the monthly output exceeds 10 million. With the continuous improvement of production capacity and straight-through rate, the monthly output of 20-25 million pieces can be achieved by the end of the year, and the annual output is expected to be 160 million pieces.

Company profile：
BAK Battery in one of Top 10 21700 battery manufacturers was established in 2005. The company’s products and services include cylindrical, square and polymer cells, as well as battery packaging and battery solutions, which are mainly used in new energy vehicles, consumer products and backup energy storage.

BAK Battery’s 21700 cells have completed several offline internal tests, and 4.8Ah21700 cylindrical batteries have begun to sample in small batches. It is expected to achieve mass shipments in the fourth quarter of 2018, and plans to launch 5.0Ah products by the end of the year.

Company profile：
Founded in 2001, it was listed in the first batch of Shenzhen GEM in 2009. At the same time, it has core technologies and comprehensive solutions for consumer batteries and power batteries. Its products are widely used in the fields of Internet of Things and energy Internet.

Company profile：
Founded in 2001, it is a high-tech listed enterprise in the field of research and development, production and sales of various types of batteries, as well as new energy and energy-saving technologies focusing on battery applications.

DYNAVOLT’s featured products are lead-acid starting batteries for motorcycles and scooters. After the first 18650 production line was successfully put into production at the Zhao’an production base, Dynavolt Technology invested in R&D to develop the 21700 type cylindrical cell.

On August 16, 2017, Dynavolt Technology’s 21700 battery production line with a 2GW capacity started construction, and it will be fully operational in the first half of 2019.

It is reported that its 21700 battery has been trial-produced and is expected to be officially put into production in 2018, with a single battery capacity of 4.5Ah.

Company profile：
The company is invested by Green Right (HK) and established in 2006. is a manufacturer specializing in cylindrical ternary lithium battery. In 2018, the company’s total production capacity will reach about 6GWh.

Company profile：
Shenzhen Chuangming New Energy Co., Ltd. was established in March 2003. Since its establishment, the company has been focusing on the technical development, production and sales of 18650 cylindrical lithium-ion batteries, battery packs, and portable electronic equipment power supplies.

According to previous reports, the company has already started the research and development of 21700 products in the early stage, and its 21700 production line is in the testing stage. Now develop to is one of Top 10 21700 battery manufacturers in China.

Company profile：
Jiangsu Zhihang in Top 10 21700 battery manufacturers in China was established in July 2012. It is a high-tech enterprise focusing on the research and development, production, sales and service of power lithium battery cathode materials, lithium batteries, battery packs and other products.

Company profile：
DMEGC is one of Top 10 21700 battery manufacturers was founded in 1980, and the joint-stock company was restructured and established in March 1999. In August 2006, Hengdian DMC was successfully listed on the Shenzhen Stock Exchange.

Can 21700 batteries be quickly marketed and industrialized? The key lies in whether battery companies have sufficient experience in R&D technology, manufacturing processes and end applications, rather than just the last 21700 production line. We will wait and see how the 18650 battery and 21700 battery will develop in the future. 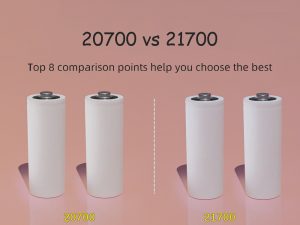 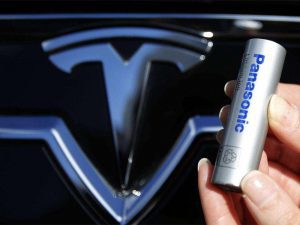