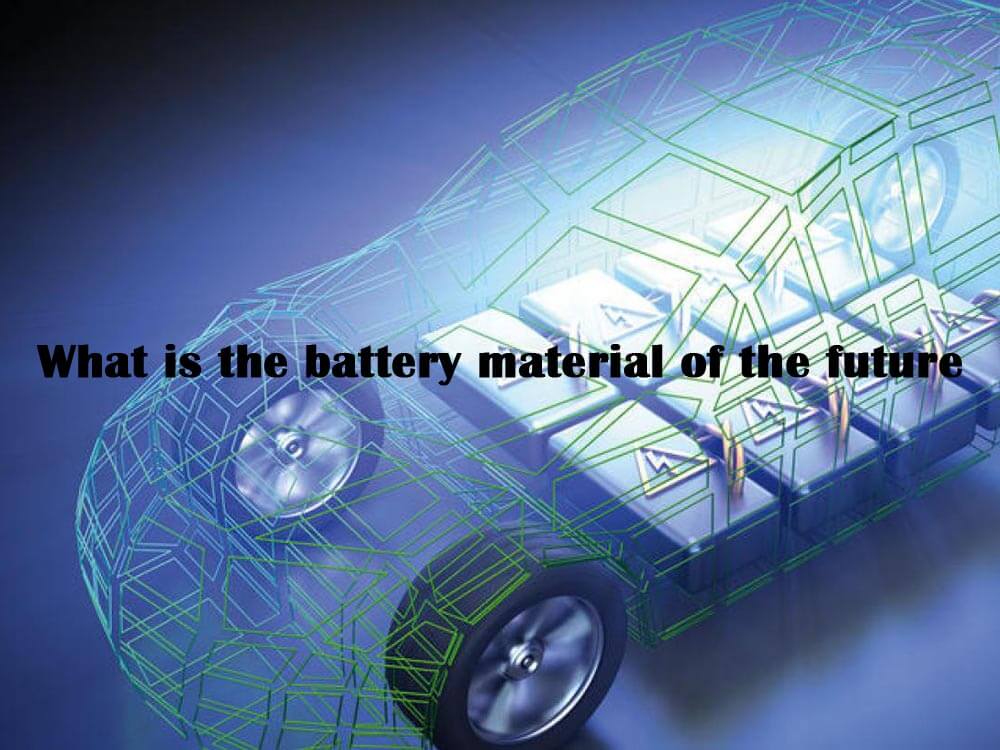 Home » battery industry » What is the battery material of the future?

What is the battery material of the future?

After more than 20 years of scientific and technological progress, the performance of LIBs has been greatly improved. The specific energy density in the lithium battery pack has nearly tripled, from less than 200Wh/L to over 700Wh/L. The production cost is about 3% of the original, and the current production cost can be controlled to be less than 150$/kWh.

But that’s still above the DOE’s planned target of $100/kWh. The current power battery with a power of 50-100KW.h weighs about 600 kilograms and has a volume of about 500L.

Because the energy density of current lithium batteries is close to the theoretical maximum, the energy density improvement of LIBs is gradually slowing down. The rapid growth of the battery market makes the price reduction of LIBs even more out of reach. 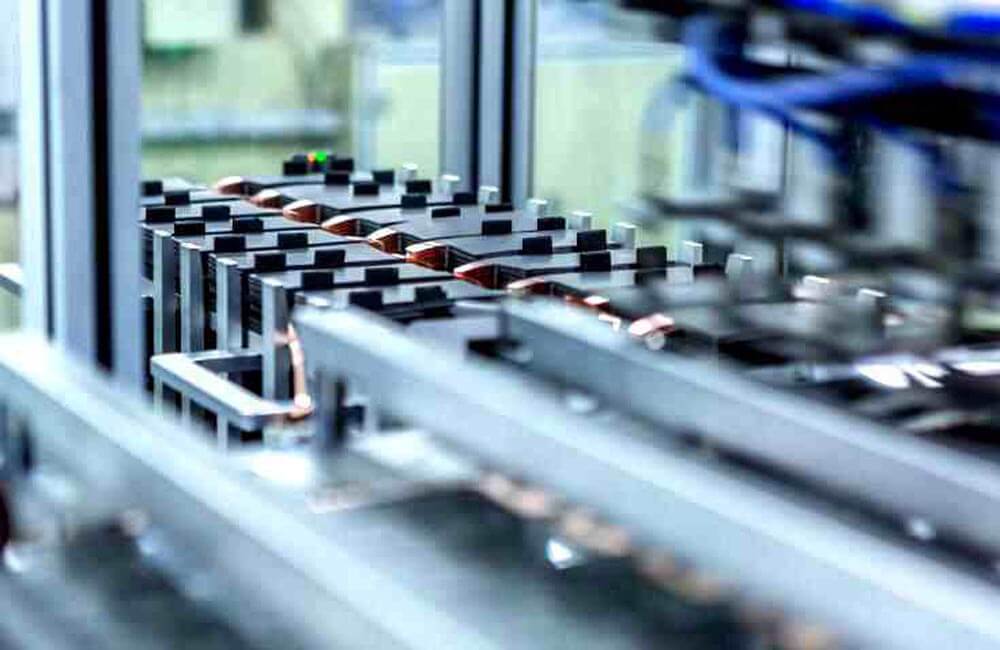 Conversely, a surge in lithium battery production has nearly quadrupled the price of cobalt over the past two years, from $22 to $81 a kilogram.

Increased market demand and rapid price increases have encouraged some producers to cut corners and violate environmental and safety regulations. In China, for example, the dust released by graphite mines has damaged crops, contaminated villages and drinking water.

In Africa, some mine owners exploit child labor, often breaking the law in small mines that lack protective equipment such as gas masks and mine ore by hand. Some companies, including BMW, have strict policies overseeing their cobalt suppliers, while some other EV makers do not.

The easiest solution to all this is to develop inexpensive alternative types of electrodes for commonly used metals such as iron and copper. According to Professor Gleb Yushin and his colleagues at the Georgia Institute of Technology in Atlanta, the most promising “conversion-type cathode materials” are copper or iron fluorides or silicon.

They store lithium chemically, but the technology is still in its early stages. Stability, charging speed and manufacturing issues must be overcome for practical application.

Professor Gleb Yushin called on materials scientists, engineers and funding agencies to prioritize research and development of electrodes based on abundant elements. Otherwise, the rollout of electric vehicles will take a big hit in a decade. 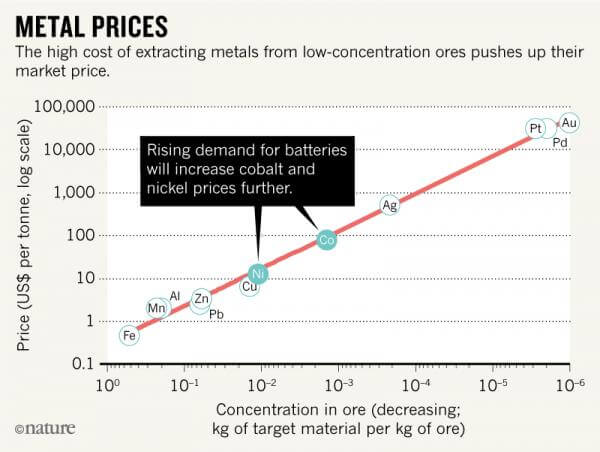 Nickel and cobalt are scarce and expensive

In current commercial batteries for electric vehicles, lithium ions are trapped in tiny voids in the crystals that make up the electrodes (these are called intercalated electrodes). The negative electrode is usually made of graphite, and the positive electrode is composed of metal oxides.

A 100kg lithium-ion power battery cathode material usually requires 6~12kg of cobalt and 36~48kg of nickel. While cobalt is usually a by-product of copper and nickel mining, it also requires complex processes to separate it from other metals. Most deposits contain only 0.003% cobalt metal, and few cobalt deposits are concentrated enough to be worth mining.

So although of the 1015 tons of cobalt stored on earth, only 107 tons can be used. Likewise, only 108 tons of the world’s 1,015 tons of nickel reserves have commercial mining value.

Australia has 14% of the world’s cobalt reserves, which can already be mined from the deep seabed, but such mining costs, ecology and economy are too high to be fully exploited and utilized.

Likewise, nickel production is dominated by a dozen countries. In 2017, Indonesia, the Philippines, Canada, New Caledonia, Russia and Australia together supplied 72% of the world’s 2.1 million tonnes of ore.

But less than a tenth of that goes to lithium batteries; the rest goes mostly to steel and electronics. Although nickel is less expensive to extract than cobalt, rising demand has boosted nickel prices by about 50 percent since 2015 from $9 to $14 a kilogram.

Both cobalt and nickel have experienced sudden price increases and collapses. For example, supply disruptions in Australia, increased demand for steel in China, and speculation by hedge fund managers caused nickel prices to rise fivefold, while cobalt prices tripled in 2008-2009.

If this continues, cobalt and nickel will have a supply gap within 20 years. As demand for LIBs continues to grow, cobalt is expected to be in short supply by 2030 and nickel may be out of stock by 2037. While we can mine lower quality ore, higher processing costs will push up cobalt and nickel prices.

Electric manufacturers and the government expect 10-20 million electric vehicles will be produced annually by 2025. If each car’s battery requires 10kg of cobalt, by 2025, electric vehicles alone will require 100-200,000 tons of cobalt per year, which is currently the majority of the world’s production. Likewise, 400-800,000 tons of nickel are required each year, equivalent to 20-40% of all metals today.

When trucks, buses, planes and ships use power batteries, more batteries are needed. By 2050, 500-800,000 tons of cobalt will be required to produce 50-80 million electric vehicles per year. After 2030, this will far exceed current mining capacity.

Likewise, by 2050, the demand for nickel will increase by 2-3 times. Shortages of nickel will be evident by mid-2030, and recycling will not be able to replenish supplies. Because the life of lithium-ion battery is 15-20 years, which is 3 times that of lead-acid battery 5-7 years. Once supply peaks, we estimate the price of EV batteries could rise by more than $1,000. 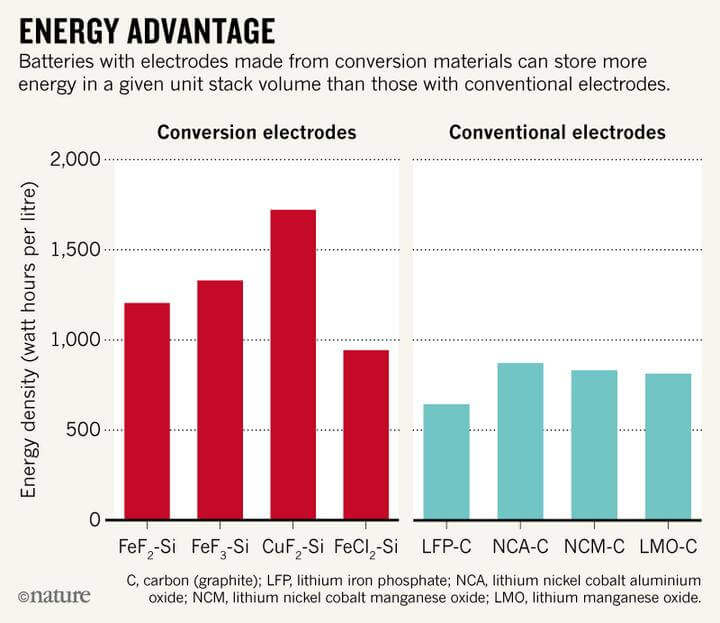 What is the way out of battery materials in the future

The answer is to use conventional metals (iron, copper) to produce lithium-ion battery cathode materials. Iron, for example, is not only cheap (as low as 6 cents/kg) but also abundant (76 billion tons). Because traditional iron-rich materials (LiFePO4) and manganese-rich materials (LiMnO2 or LiMn2O4) have various drawbacks in use, the most promising alternative is the use of “replacement cathode materials” in electrodes.

Among them, transition metal fluorides have higher working potential due to their strong ionic bonds, and are more suitable as cathode materials for lithium-ion batteries. Among them, silicon-based materials are very suitable for matching.

But to achieve this goal, battery researchers need to develop high-performance fluoride materials and more efficient electrolytes. Engineers need to work hard to develop equipment and processes that use these materials.

The positive and negative SEI films are thicker and have voltage hysteresis, and the electrodes expand and contract seriously after charging.

Compared with the intercalation-type material electrode, bond breaking and bond formation will occur before and after the combination of the conversion-type material and Li during the charging and discharging process. After Li further enters FeF2, after the Fe-F bond is broken, Li and F re-bond to form LiF (Type A). 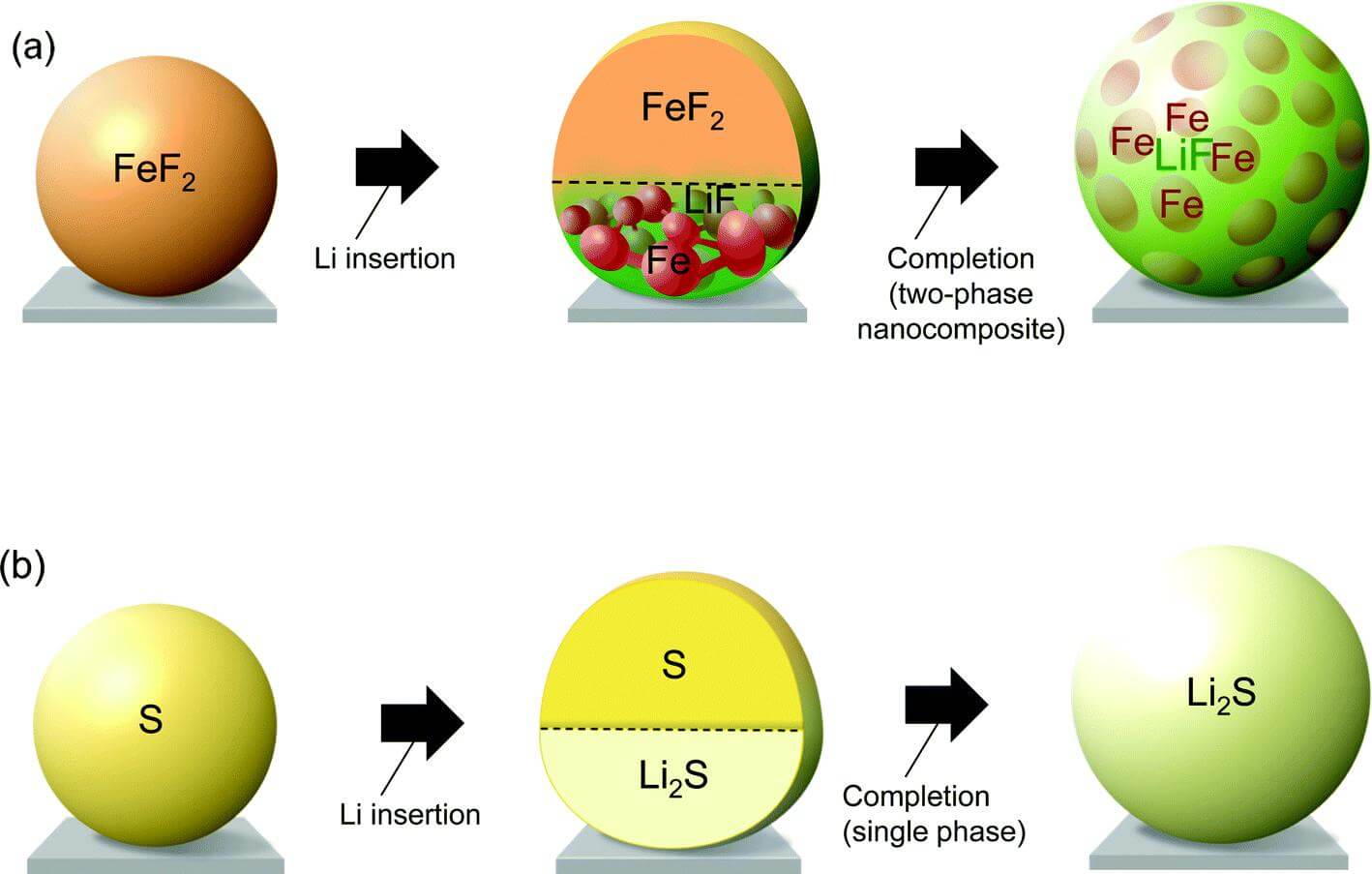 Cobalt and nickel resources for power lithium batteries will be in short supply around 2030, and the development of ternary materials is bound to be unsustainable.

The adaptation of silicon-based materials to new cathode materials should not only improve its energy density, but also greatly reduce the cost of lithium-ion batteries.