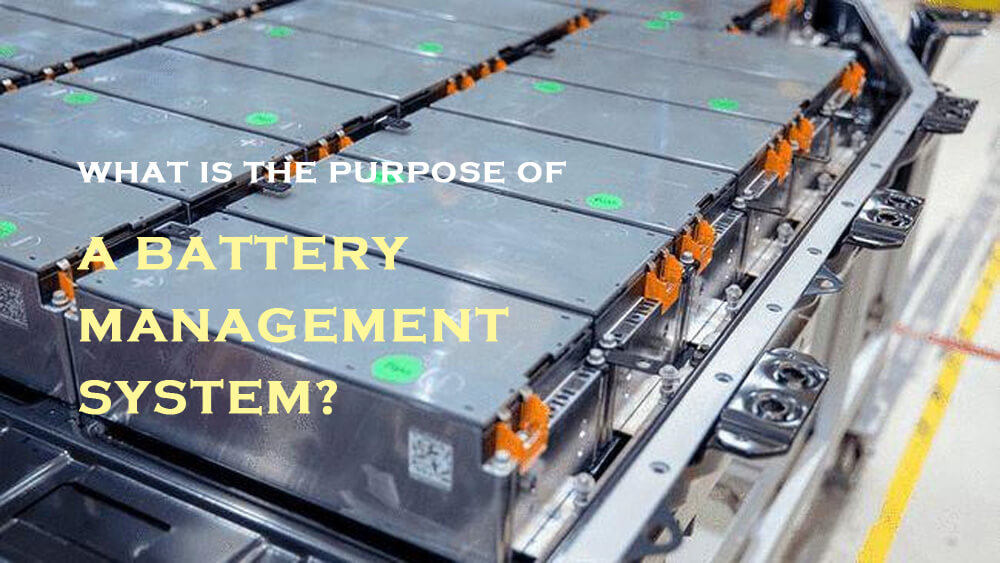 What is the purpose of a battery management system?

Why is battery management system so important?

In recent years, new energy vehicles powered by lithium ion batteries have attracted people’s attention and become the hot spot of global automobile development. However, abnormal use of lithium ion batteries may lead to battery life shortening and damage, and even potential safety problems and harm factors. As the core component of battery protection and management, battery management system plays an increasingly critical role in the performance of electric vehicles. It can improve the utilization rate of lithium ion battery, prevent overcharge, over discharge, over temperature, short circuit and other situations, monitor the state of the battery, so as to extend the service life of the battery.

Battery management system manages battery life and safety by controlling battery output and the energy and power input. The batteries in most portable devices, such as laptops, last only a year or two and are generally used at very little temperature change (for example, laptops are rarely placed or used outdoors in the cold winter). However, vehicle and industrial batteries need to last eight to 10, 15 or more years and withstand a wide range of operating temperatures, including summers in the Arabian desert and extremely cold winters in the Arctic. Therefore, large batteries often need battery management system to optimize their performance.

So can lithium ion batteries not use battery management system?

I have heard that some racing types of electric cars claim not to use battery management system. However, racing is only a very specific application of lithium-ion batteries, and the battery life under these conditions generally lasts a racing season, so there are no worries about warranties and longevity. However, other than that, there is no field where battery packs are used without BMS. Compared to other types of batteries, lithium-ion batteries need to be managed to ensure their safety. Lead-acid batteries, for example, do not have thermal runaway type accidents when abused, so safety can be easily controlled without electronic controls. The lithium ion battery must be managed to make the cell work under the allowable voltage, temperature and current conditions, so as to effectively avoid safety failures.

There are two basic types of battery management system: centralized and distributed. The biggest difference between the two types is where the hardware is installed. The main controller or control unit can generally complete the main design objectives of the energy storage system:

(2) Monitor the voltage of the battery and the core control board;

(3) Thermal management based on temperature data, heating or cooling the battery;

(5)Calculates, manages, records battery status and communicates with the car (or other system). The controller is mainly composed of two parts, one is the hardware control board, the other is a large amount of data processing software, the two parts work together to ensure the performance and security of the whole system.

For centralized battery management system, the main control board and the detection control board of the cell are installed in one place during the cell assembly, and the inner part is connected as a whole by wire. This minimizes the amount of hardware but increases the number of wires in the battery pack.

Distributed battery management system, with a main controller in a central location, and a number of separate circuit boards to detect the condition of the cell. In general, these isolated boards directly monitor the core or module, thus reducing the use of wires because the dependent boards can be Daisy chained. But because of the increased number of Printed Circuit boards (PCBS), this has increased costs in part. Distributed battery management system design is widely used in practical applications because each slave circuit board only controls a limited number of cells, which has better control effect on battery system.

Battery management system hardware is an important part of circuit board design. In general, battery management system hardware consists of one or more printed circuit boards, which can integrate all components to form a control circuit board, including capacitors, resistors, current sensors, CAN (Controller Area Network), LIN(Local Interconnect Network), and other communication components, and most importantly application-specific Integrated Circuit (ASIC). All of these elements are mounted on a non-conductive substrate, embedded with conductive copper (etched from copper sheets), which is then laminated onto the circuit board.

Another problem in hardware design is the consideration of Electromagnetic Interference (EMID) and Electromagnetic Compatibility (EMC) in battery management system. When the control circuit board is in close proximity to chargers, inverters, frequency converters, or other high-voltage equipment, it is important to study EMI and EMC, and to provide appropriate electrostatic shielding and wiring connections for these devices.

Another good way to use PCB slave boards is to use flexible boards or circuits. Similarly, rigid PCBS can be replaced with flexible plastic substrates, or a combination of the two. This is usually used on CSC (cell supervise circuit) boards, and the CSC can be mounted directly on the cell module.