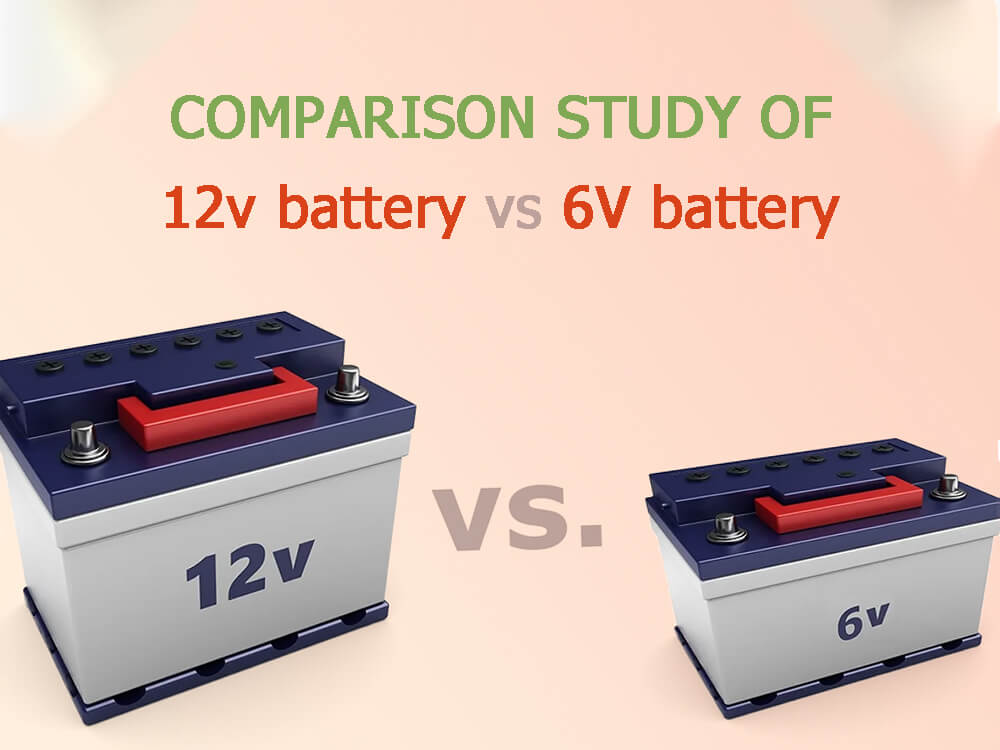 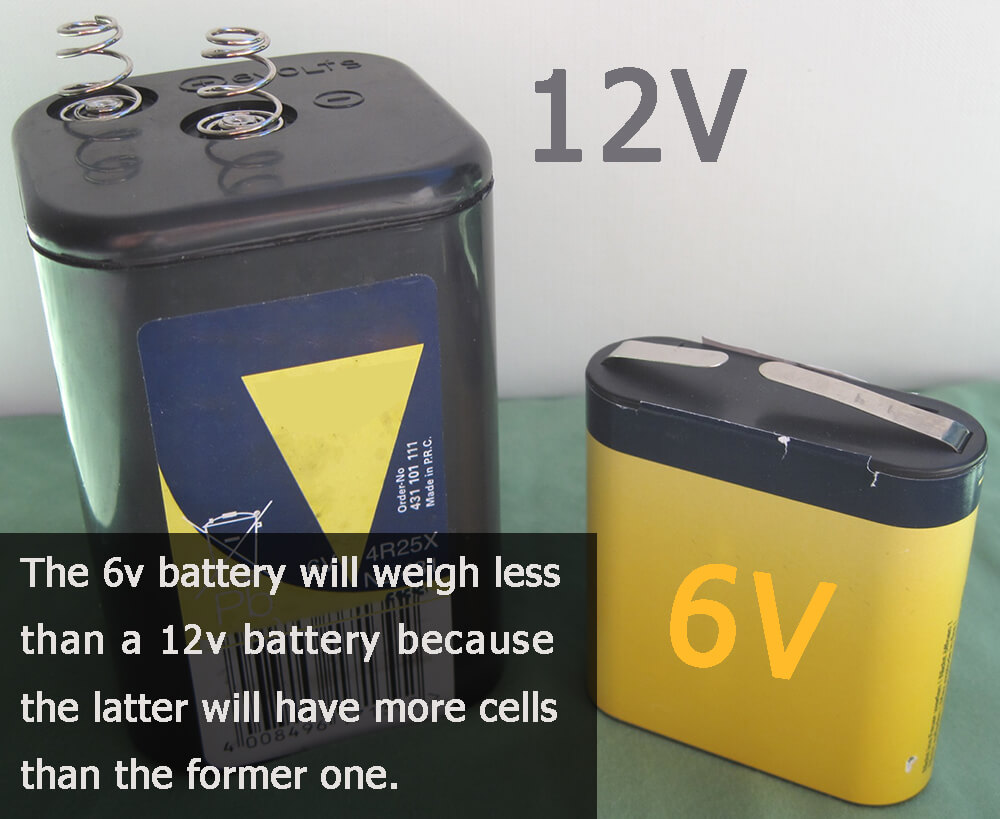 When lead batteries generate electricity by chemical reaction, lithium-ion generates electricity by moving ions between positive and negative electrodes. In a lithium-ion battery, ions move to the positive electrode during the chemical reaction while discharging, which results in a flow of gaining or losing an electron. During charging, a reverse effect will happen to the electrons. As a result, the cell generates electricity.

The following content will have more details about the 6v vs 12v battery.

What is 6v battery

A 6v battery is an electrical power storage cell that can deliver 6v power until its power gets discharged. Irrespective of the ampere of the battery, throughout its life, it will provide 6 voltage electricity.

What is lithium 6v batteries made of

Two lithium-ion (LiFePO4) 32700 batteries connected in series (2s1p) use to make a 6v lithium battery. On a general note, lithium-ion batteries are eco-friendly. Both lithium 6v vs 12v battery are low maintenance, have a high energy density, low self-discharge rate, more charge cycles, and above all, they are lightweight.

What are 6v batteries used for

The 6v batteries are ideal for projects requiring frequent shifting and continued powering for extended hours. 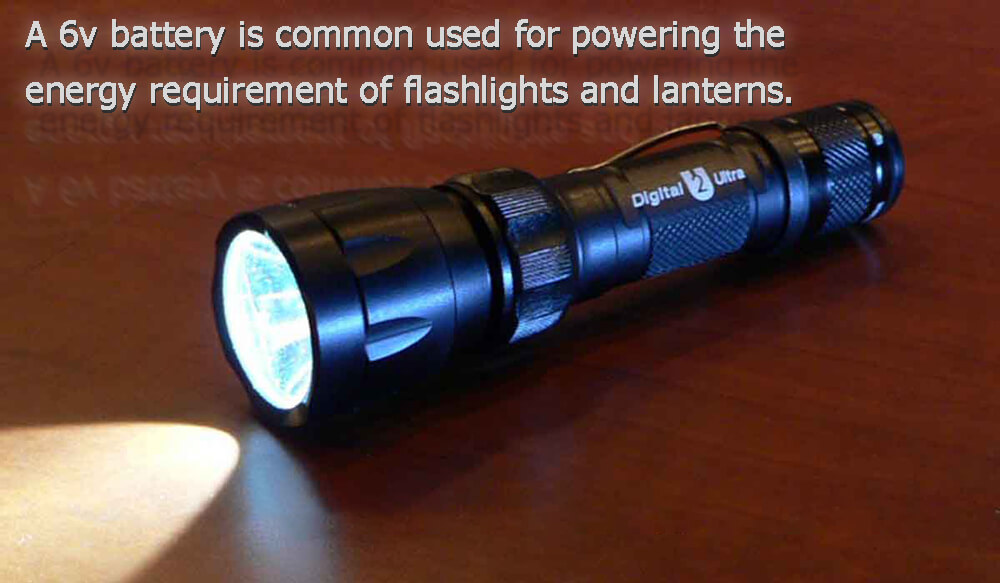 Trekking and camping:
A 6v battery is best suitable for flashlights and camp lighting gadgets. Its recharging options are more acceptable to use in trekking and camping. The batteries can run for long hours because of their ample energy storage space. So, if we compare a 6v vs 12v battery, we can find that 6v batteries have a slight advantage over 12v batteries in weight.

How many amp hours does 6-volt battery have

What is a 12v battery

A 12v battery is an electric power storage unit that can deliver 12v continuously until the power get discharged completed. The battery will come with different ampere and irrespective of the ampere, it can deliver the electricity with 12v by maintaining the ampere.

How to make lithium 12v batteries

By checking a 6v vs 12v battery, we can find 12v lithium-ion battery is a pack of 3 or 4 lithium batteries connected in series, and it is depend on how many ah in one single battery cell. The video below will tell you the every detail about how to make a 12 volt lithium battery.

What are 12v batteries used for

Electric vehicles:
12 voltage batteries will give more ampere capacity can deliver uninterrupted power for long hours, these batteries are used in electric vehicles, such as golf carts, scooters, wheelchairs, etc. But in most cases it is more convenient to use the 12v battery directly.

Most recreational vehicles use 12v batteries for their electrical power requirements. As the vehicle requires continuous powering, the energy storage is not enough to meet its requirements. Instead of using one 12v battery, if they can change to two 6v batteries, the RV can get the same amount of amp power for an extended period because 6v batteries can run longer ampere-hour subject to the cell’s capacity. But there is a disadvantage too. Using two 6v batteries will consume more space. So, in that point of view, a 12v lithium-ion battery is preferred over two 6v batteries when comparing a 6v vs 12v battery.

Home energy storage:
Since the 12v battery can deliver seamless power for an extended period, it can effectively operate as a power bank because of its significant storage feature. Its deep-cycled technology lets the battery recharge frequently and drain without damaging the battery life. 12v battery is an excellent option to use as a home energy storage to back up the electric power requirement.

In various 6v vs 12v battery surveys on power bank usage, we can find that 12v has more acceptance because of its power storage capacity.
In addition, you can use a 12V battery for backup flash power, electric scooter, electric wheelchair, power garden houses, powering trolling motors, solar power storage, a portable power device for your laptop, powering surveillance and alarm system, powering entertainment units, etc.

How many amp-hours does a 12v battery have

Before we answer the question, let us understand the amp-hour. It is the measurement of amperage a battery can deliver in an hour. The ampere of a battery depends on the chemistry technology used for the battery. Different manufacturers use different technology.

Does 6v vs 12v battery produce DC or AC

What is the difference between a 6v vs 12v battery

Better longevity: The longevity always depends on the battery chemistry and material used for the cells. If both are lithium-iron-phosphate batteries, the cycle life is similar, up to 4,000 cycles.
Utility: When we look into the utility factors, lithium-ion batteries are suitable for the high-power requirement since they are maintenance-free and can last up to 4000 cycles. 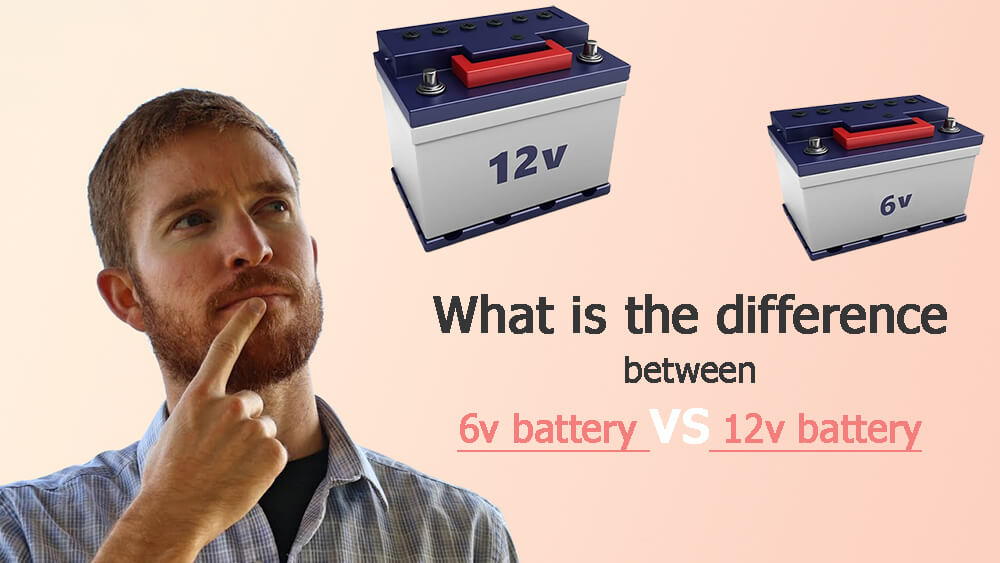 Because of this, the remaining 20% will take more time than what has mentioned in the theory. Up to 80% charge can reach within 5-6 hours, provided the charger can supply 1A current constantly.
Weight: A 12v battery will have more weight than a 6v battery. So, if you need to shift the battery from one location to another, a 6v battery will have the advantage.

Can I charge a 6v battery with a 12v charger

Suppose you use a high or low-voltage charger to recharge a 6v battery; it will damage and overheat the battery and charger, leading to a risky situation, including a possible explosion. Many reports and industry experts reconfirm this report while comparing a 6v vs 12v battery. 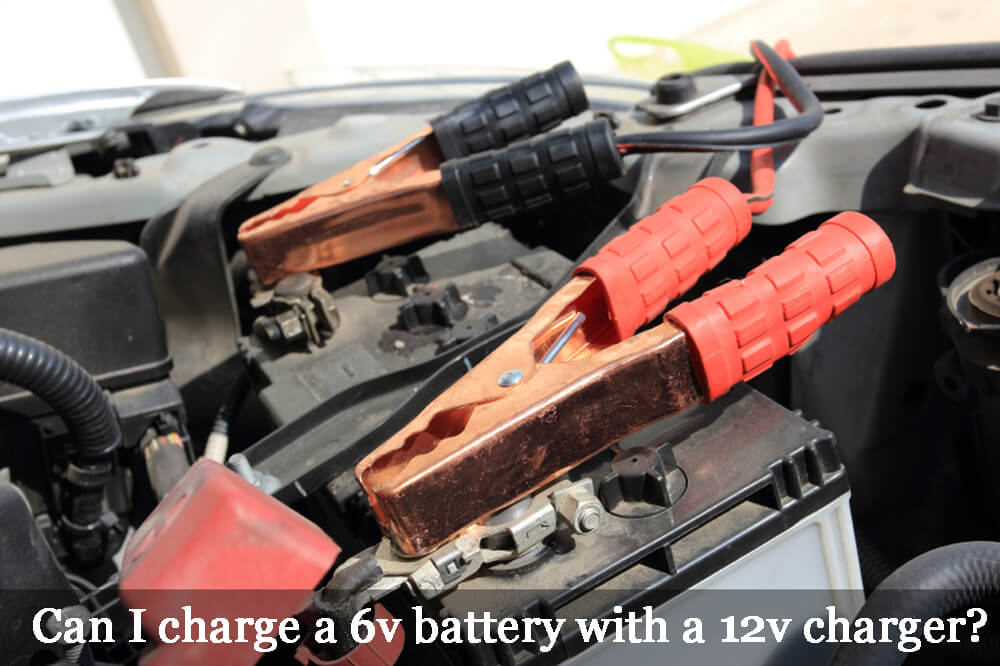 Since a device circuit is designed to run on 12v, it will not run on 6v. So, you cannot use it. If you reduce the voltage, it will defunct some systems or won’t allow some sections to work.

How long does 6v vs 12v battery last for one charge

Battery quality and material used for manufacturing the battery play a pivotal role in determining the life cycle of a lithium battery. It doesn’t matter the voltage of the battery. Generally, the lithium-ion battery cycle is about 1500-4000 times, and for a lithium-iron-phosphate battery is about 4000 times. These are relevant points when we make a 6v vs 12v battery comparison.

Technology advancement has contributed to increasing the lifespan of lithium-ion batteries. In a general perception, an average lithium battery can meet at least1500 life cycles (One charge and one discharge are equal to one cycle).

If you can maintain proper charging, you can get 4000 cycles for your lithium battery. Lithium batteries should not be subjected to overcharge and over-discharge for a better result. 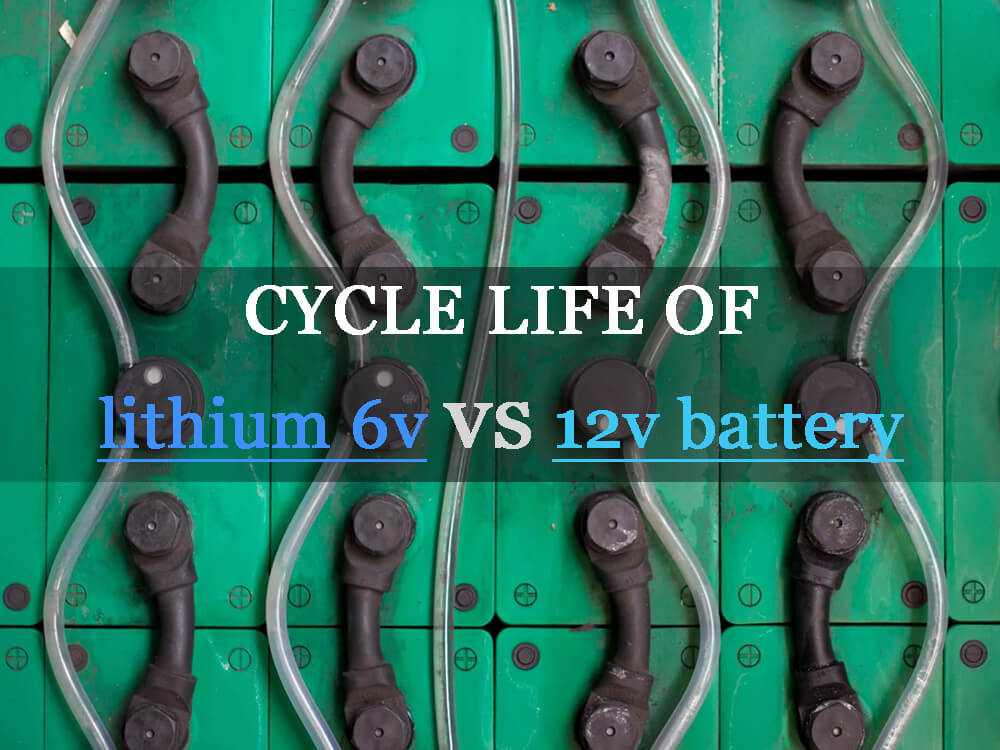 Which is better, 6v vs 12v battery

This question, which is a better battery while evaluating a 6v vs 12v battery, needs to be addressed from a different perspective considering various factors. First of all, a 6v battery is 6 voltage battery, and a 12v is a 12-voltage battery. Both have their application based on the requirement. You cannot use a 6v battery in a device designed with a 12v power circuit and vice versa. Using a 12v battery on a 6v circuit device won’t work or get damaged.

Lithium-ion batteries are currently the most popular battery technology. We can always enjoy the battery performance of lithium-ion batteries because of the extended life and high ampere with a continuous power discharge. Lots of advantages are happening in this segment daily.

If you can use the battery intelligently by recharging the batteries in an acceptable temperature environment using the same amp charger, you can undoubtedly get more life cycles. So, comparing a 6v vs 12v battery is not enough to decide, but power usage, space, and convenience matter a lot when selecting the battery. See here if you are interested in lithium ion battery suppliers, you can learn from Top 10 lithium ion battery manufacturers.