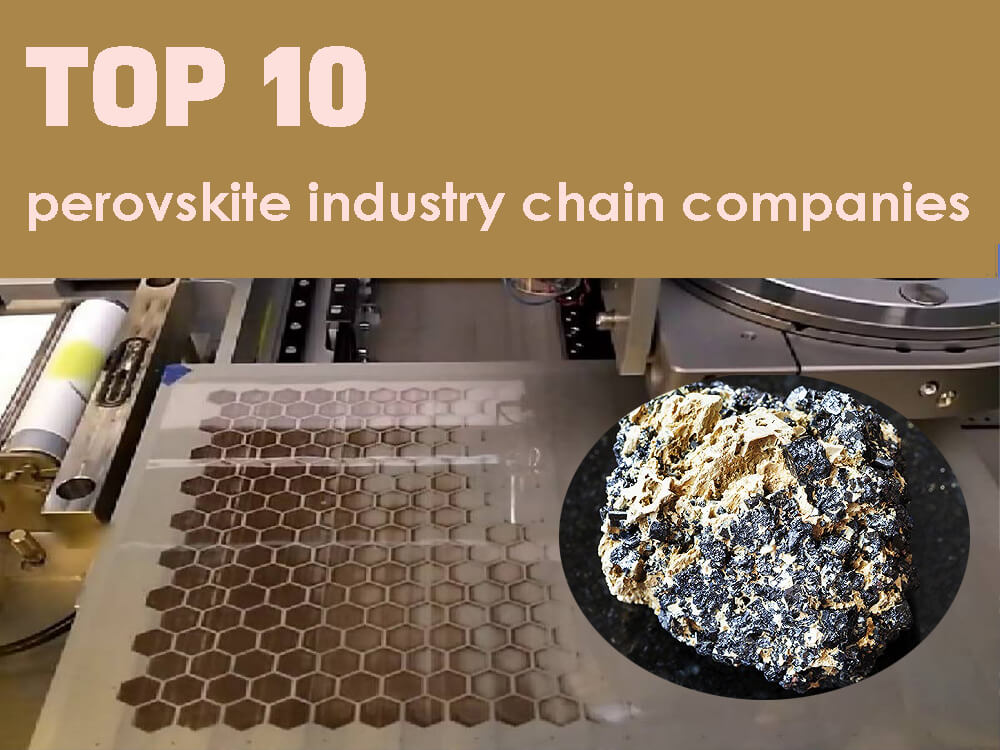 Although perovskite solar cell, a promising new battery technology, has not yet entered into large-scale industrialization, there are many companies competing in this initial stage of the track.

The company’s main business is etching equipment, accounting for 83.2% of the total operating income. Recently certified by a third-party international authoritative organization, the steady-state photoelectric conversion efficiency of all perovskite tandem cells developed in China is as high as 28.0%, creating a new history;

For the whole year of 2021, Jiejia Flextronics achieved revenue of RMB 5.047 billion, a year-on-year increase of 24.80%; net profit attributable to the parent of RMB 717 million, a year-on-year increase of 37.16%. During the period, the expense ratio remained basically stable, and the profitability was significantly repaired. A number of photovoltaic cell technology fields have been deployed, and staged breakthroughs have been achieved.

Company profile:
Established in 1985, Hangxiao Steel Group is a diversified enterprise group integrating the whole industry chain such as BIPV and building integration of photovoltaics. The main business is multi-high-rise steel structure, accounting for 67% of the main business income. Hangxiao Steel Structure’s first crystalline silicon thin film + perovskite tandem battery pilot line is planned to be put into operation by the end of 22, with a target conversion efficiency of over 28%, becoming one of the top 10 perovskite solar cell manufacturers in China.

The company plans to put into operation the first pilot line of crystalline silicon thin film + perovskite tandem cells by the end of 22, with a target conversion efficiency of more than 28%. The production line will greatly increase the market competitiveness of Hete Optoelectronics products.

Company profile:
Tongwei Co., Ltd. focuses on agriculture and new energy, and has formed a business model of “agriculture (fishery) + photovoltaic” resource integration and coordinated development, of which photovoltaic revenue will account for 60.1% in 2021.

In 2021, the company cooperated with scientific research institutions in industry-university-research to further strengthen the research and development of cross-generation technologies and cutting-edge technologies in the industry (including HBC, perovskite, tandem cells/modules, photovoltaic + energy storage and other technologies).

The core technology of CATL is the research and development and manufacturing capabilities of the whole industry chain in the field of power and energy storage batteries, materials, batteries, battery systems, battery recycling and secondary utilization. Main business CATL focuses on the research and development, production and sales of new energy vehicle power battery systems and energy storage systems, and is committed to providing first-class solutions for global new energy applications.

Chairman of CATL, said that the company’s perovskite photovoltaic cell research is progressing smoothly, and a pilot test line is being built. The official announcement of the CATL to enter the perovskite field may further promote the landing and industrialization of this new battery technology.

Company profile:
GCL Optoelectronics Technology Holdings Co., Ltd. was established in 2010 and is a subsidiary of GCL Group. The company has completed the B round of 100MW perovskite cell production capacity construction, and is currently the only company with mass production capacity in the market, becoming one of top 10 perovskite solar cell manufacturers.

GCL Optoelectronics focuses on the R&D and production of disruptive next-generation perovskite solar modules, and is committed to developing large-scale 1m*2m solar modules. And relying on its existing world-leading 10MW pilot production line, it continuously improves the photoelectric conversion efficiency of perovskite cells, improves stability, and further reduces the cost of solar cells.

Company profile:
As one of top 10 perovskite industry chain companies in China, the company is committed to the green, inclusive and intelligent energy. Its business covers wind, solar, storage, hydrogen and other new energy development and operation and equipment manufacturing, ranking among the top 500 Chinese enterprises and It ranks among the top 500 global new energy companies and ranks first in the global offshore wind power innovation. The main business is wind turbines, which account for 93% of the total operating income.

The company already has the technical reserves of perovskite, and has built Mingyang New Energy Industrial Park in Xinyang, Henan. The construction of its heterojunction module project has started in Xinyang City, and everything is progressing smoothly. It is expected to be put into production in 2022.

Company profile:
Founded in 2000, the company is mainly engaged in the research and development, production and sales of monocrystalline silicon rods, silicon wafers, cells and modules, as well as the development, construction and operation of photovoltaic power plants.

On April 21, 2022, at the 19th China Photovoltaic Academic Conference, the company was selected as the highest efficiency of crystalline silicon/perovskite tandem cells in China with an efficiency of 25.7%. In 2021, the research and development cost of aerospace electrical appliances will be 504 million yuan, an increase of 17.72% over the same period of the previous year.

Company profile:
Akcome Technology is one of top 10 solar module manufacturers in the world is deeply engaged in the field of new energy, creating a two-wheel-driven business development model of new energy manufacturing and new energy services, and has developed into a leading high-efficiency new energy comprehensive service provider in China. It is expected that 5GW of heterojunction cell production capacity will be formed by the end of this year, accounting for about 20%-25% of the global total production capacity, ranking first in the heterojunction field.

Akcome Technology said that the company attaches great importance to the market prospects of perovskite batteries, and has been involved in the research and development of perovskite materials and HJT tandem battery technology. The company achieved an operating income of RMB 2.531 billion, and the net profit attributable to shareholders of the listed company is currently a loss.

Akcome Technology has four production bases in Suzhou, Jiangsu, Taizhou, Jiangxi, and Huzhou, Zhejiang. The production line layout is at the leading level in the industry, and the production capacity is the industry’s dominant capacity. The cumulative shipment of modules exceeds 11GW, and the operating income is 1.350 billion RMB, a substantial increase of 85.49% year-on-year. 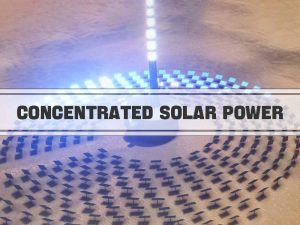 Concentrated solar power – one of the main energy storage methods 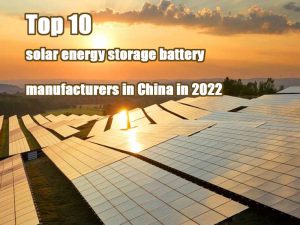 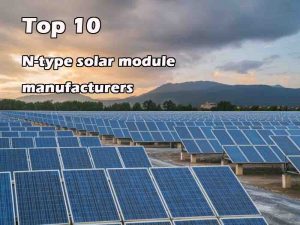 Top 10 solar module manufacturers in the world in 2022