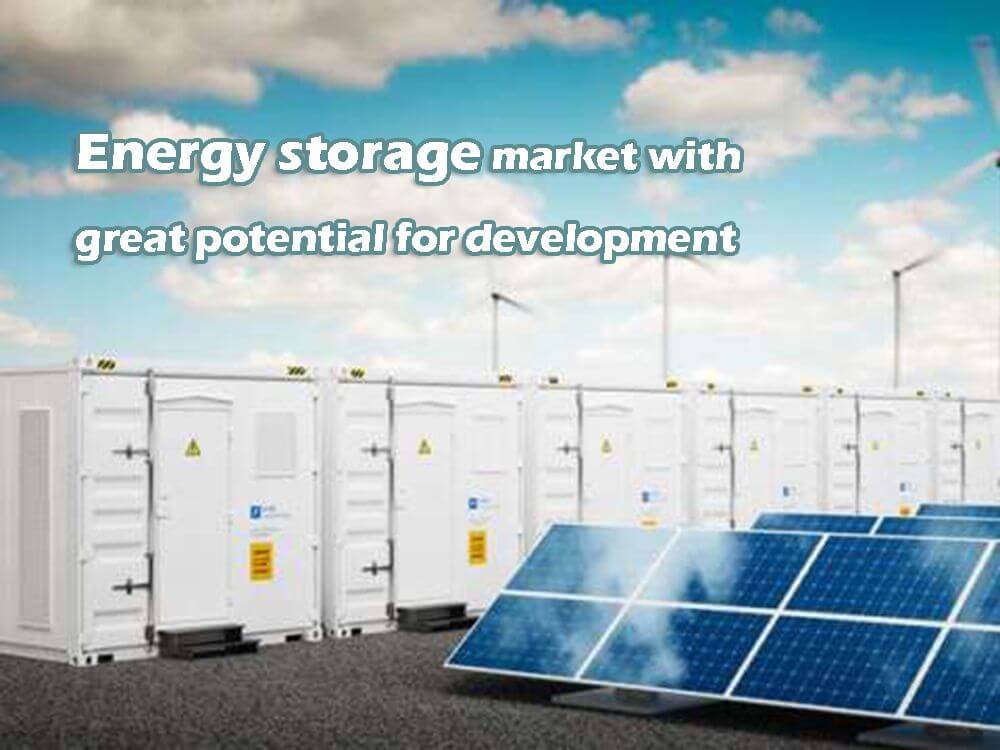 Energy storage market is widely considered to be the next trillion level market that may erupt, with great development potential. As a branch of the new energy circuit, energy storage is no less popular than new energy vehicles and photovoltaic.

The explosion of the energy storage track in the secondary market is supported by a boom in global market demand:

In the European market, rising energy prices have pushed up household electricity prices, thereby increasing the yield of European household energy storage. Orders from energy storage companies surged. In the Chinese market, steady growth and new infrastructure policies have driven a surge in investment in photovoltaics and wind power, which in turn has led to an increase in the installed capacity of “strongly allocated” energy storage.

However, behind the surge in orders and soaring stock prices, the problem that hinders the development of the energy storage industry still exists – China’s electrochemical energy storage is not yet economical enough. In this context, the high market boom caused by policy push and accidental factors is unsustainable, and future prospects and immediate risks coexist.

Opportunities and bottlenecks in the energy storage marke

The global household energy storage market is currently the best downstream market. In March 2015, a total solar eclipse of about two and a half hours nearly triggered an energy crisis in Germany, as solar energy provides 18% of Germany’s electricity consumption, and photovoltaics can account for up to more than half of its maximum electricity consumption. In the end, under the joint coordination of the entire European grid, Germany survived the difficulties by using the reserve power. This event reflects the necessity of energy storage for the grid:

New energy sources such as wind and solar have strong instability and randomness. The role of energy storage is like an oversized power bank. It is charged when the wind is strong or when the electricity is at a low point, and it is discharged when the wind and wind output is small or when the electricity is at a peak. If the future belongs to the era of new energy sources such as photovoltaics and wind power, then the status of energy storage is also indispensable. If you want to learn more about solar pv, you can read the article solar pv industry on our website. 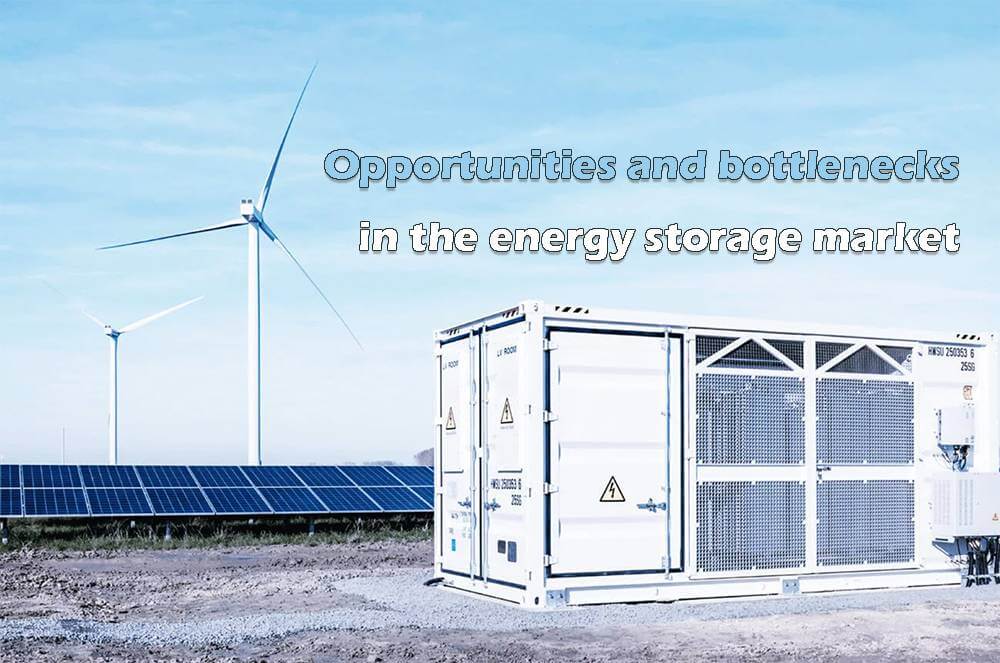 Based on this, almost all new energy giants with long-term layout are very optimistic about the future development of energy storage. Tesla Energy is becoming a global utility company and may surpass the automotive business; CATL has also stated that the future market size of energy storage may exceed that of power batteries, and the output value can be measured in trillions.

But at the same time, there are still many problems to be solved in this new track that has just started. The core problem is the economy of energy storage. Electrochemical energy storage can be divided into power supply side, grid side and user side in terms of application scenarios. Different application scenarios have different business models and different profitability in different market environments around the world. However, at the current point in time, China’s energy storage system is not economical in terms of power generation, power grid, and power consumption.

At present, China’s energy storage market will be mainly driven by the power generation side, and the market demand will mainly come from the mandatory requirements of the policy side, that is, the mandatory matching of new energy sources with energy storage. According to statistics, as of the end of May this year, 23 provinces in China have specified the “strong allocation” of energy storage for new energy. 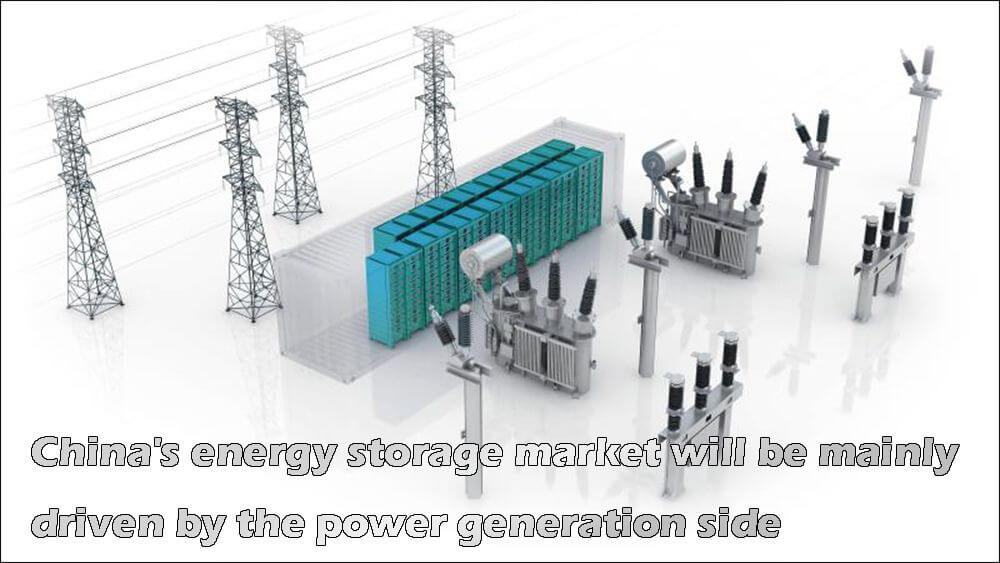 In contrast, the global household energy storage market is currently the best downstream market, and an effective business model has been formed. Due to the relatively expensive electricity bills in the global market (especially in Europe) and the relatively large electricity price difference, household energy storage can achieve good arbitrage, so it has strong economic support.

The economics of energy storage intensifies

While the stock prices of related companies have skyrocketed, the economic problems of energy storage have intensified. Although an effective business model has not yet been formed, and there are still development bottlenecks to be overcome, under the special market environment this year, energy storage has achieved explosive growth in the global market.

In the global market, the Russian-Ukrainian war has led to soaring energy costs and electricity prices in Europe, which has improved the yield of household energy storage and made it more economical, so the market demand has increased rapidly. According to statistics, the electricity prices in European countries in May 2022 will rise by 100-330% compared with the beginning of 2021, and household energy storage has also achieved an unexpected explosion. 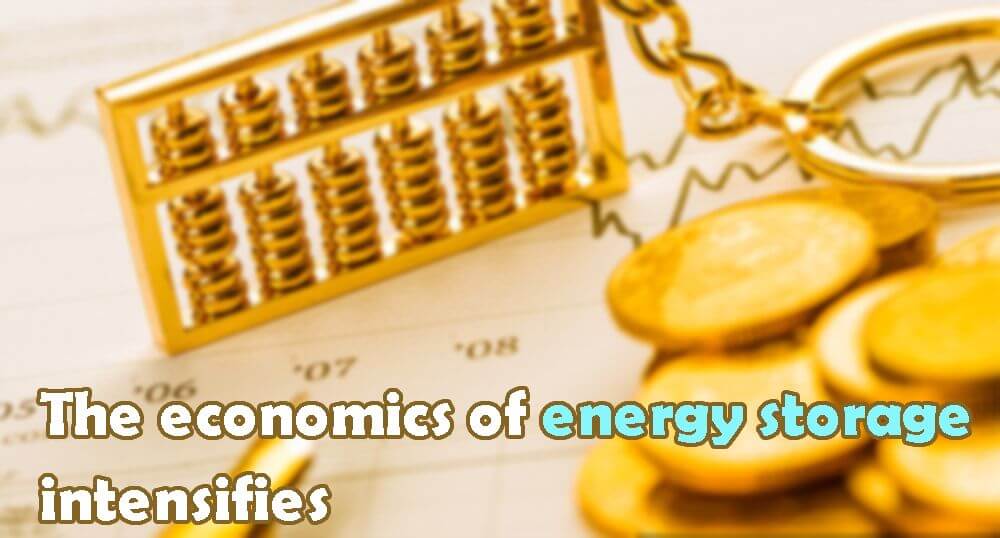 Data from the National Energy Administration shows that from January to May this year, China’s newly installed solar power generation capacity was 23.71 million kilowatts, a year-on-year increase of 139%, which led to a substantial increase in the sales of energy storage systems. According to CESA data, the installed power of energy storage in China in the first half of this year was 0.4GW, a year-on-year increase of 70%, and the corresponding installed capacity was 0.9GWh.

Especially in the context of slowing overall economic growth and increasing uncertainty this year, the high prosperity of the energy storage track is even more rare. However, it is worth noting that under the feast of the industrial chain and capital, the energy storage track is not without worries. As mentioned above, some bottlenecks hindering the development of the industry have not been resolved, and they are still having a negative impact on the market. 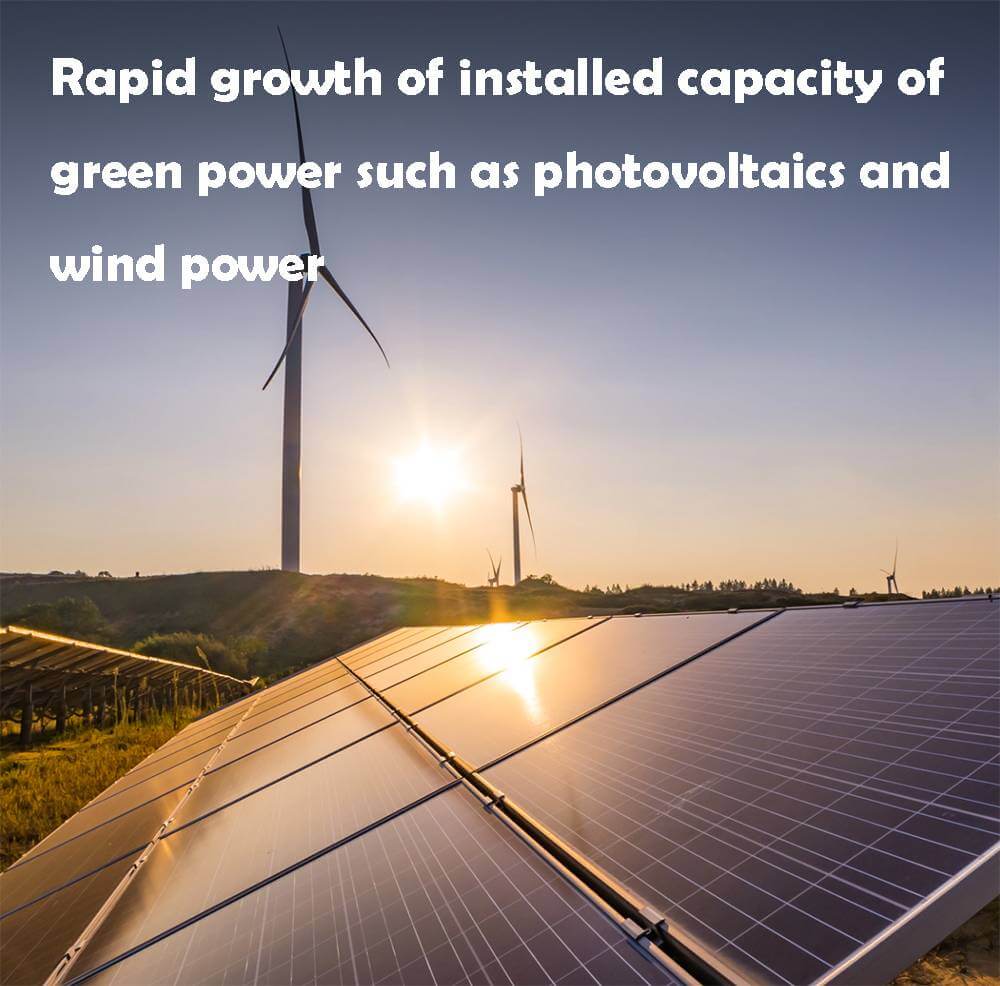 For example, the economic problems of energy storage are intensifying. Since last year, the price of battery-grade lithium carbonate in China has been soaring. At present, the mainstream price range of battery-grade lithium carbonate market is between 450,000 and 520,000 yuan per ton, an increase of 400%-500% compared with the same period last year. Since the cost of lithium battery cells accounts for more than 60% of the energy storage system, the cost of the energy storage system can only increase, and the price increase is close to 30%.

This has further reduced the return on energy storage, which was originally uneconomical to “force allocation” of new energy sources. According to industry insiders, due to the sharp rise in the price of energy storage systems, it has approached the cost line of photovoltaic power plants. Therefore, the construction of some photovoltaic projects can only be postponed.

Given the high cost of lithium carbonate, there is no problem with the rapid growth of the energy storage business, but profitability is still at the standard manufacturing level and is squeezed by rising raw material prices.

At present, the penetration rate of energy storage is still low, and there is huge room for future growth. In the context of the dual-carbon strategy, energy storage is an indispensable role in the future power system. It will usher in rapid development along with photovoltaics and wind power, and has a broad space for development. This has increasingly become the consensus of the industry. 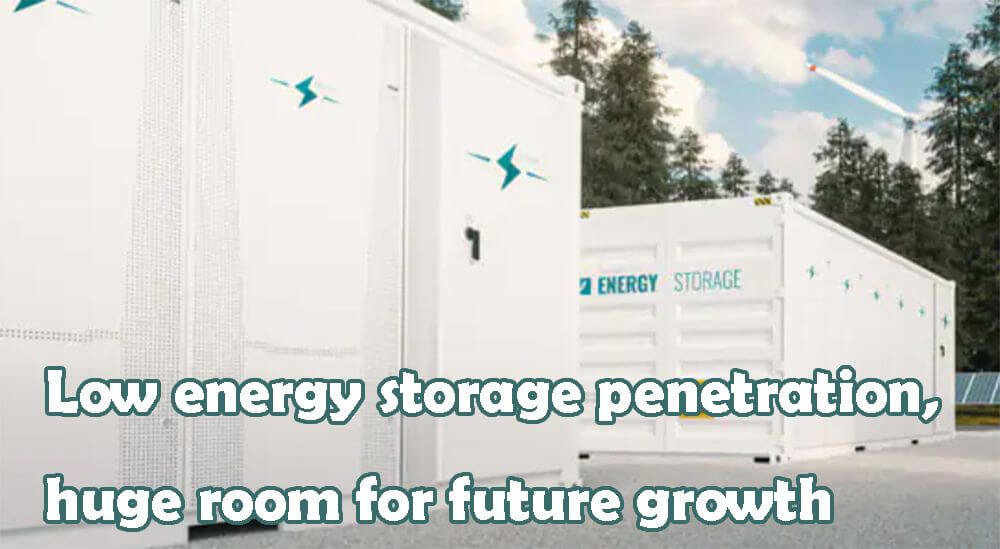 However, like all tracks in the growth stage, the process of industry penetration from low to high is often not a linear growth, but continues to accelerate; instead, there are often ups and downs, ups and downs, especially in the early stages of development.

Once the energy problems in Europe are alleviated, natural gas prices fall, and electricity prices loosen; China’s economic growth stabilizes or more effective stimulus measures are found, the economics of energy storage will be discounted, and the installed capacity of “strong allocation” energy storage will also increase. will slow down.

This is very different from the growth curve of the penetration rate of new energy vehicles. New energy vehicles have basically bid farewell to subsidies and entered a stage where the growth is driven by the market. However, the development of energy storage is still in its early stage and largely depends on policy support and subsidies. Once the external environment changes, the boom in the first half of this year will be difficult to sustain. 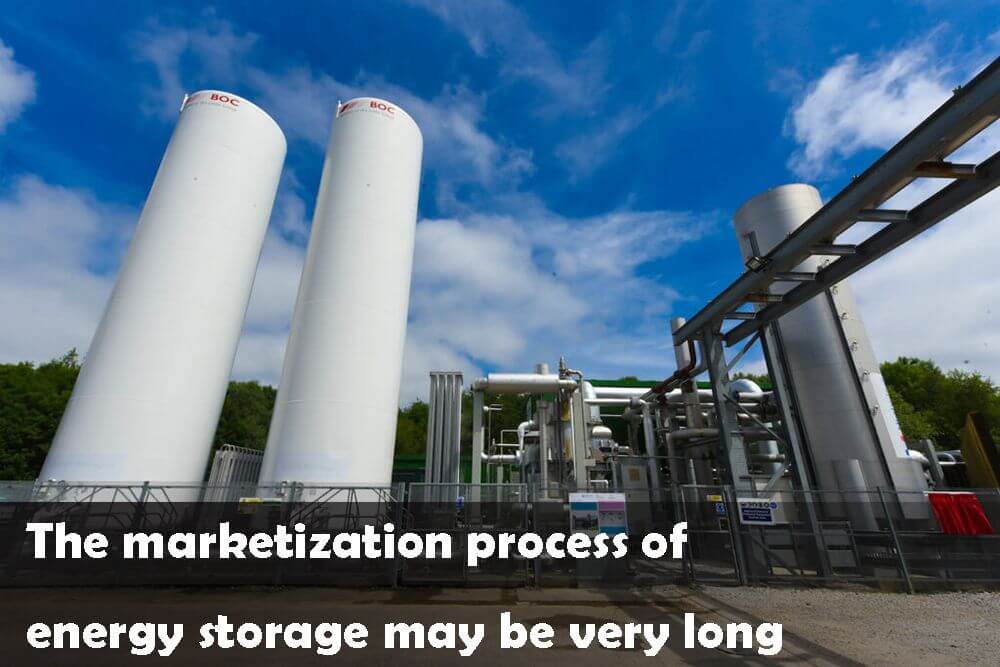 Like the lithium battery and photovoltaic industries, promoting the industry to reduce costs and realize marketization through industrial planning and policy subsidies will be the only way for the energy storage track. Data show that between 2010 and 2020, the average global price of lithium-ion battery packs fell by nearly 90%. The weighted average electricity price of PV auction projects decreased by 67.7%. However, for energy storage, the process of marketization may be very long.

Before that, China’s energy storage market had to rely on policy support and subsidies to survive. In the long run, only when the commercialization mechanism is straightened out and the economy is improved can the growth space of the energy storage track be truly opened up. Before the real marketization is realized, it is difficult to say when the inflection point of the continuous outbreak of the industry will come. The downturn and rest period in this process are especially worthy of investors’ vigilance. 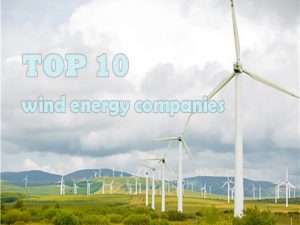 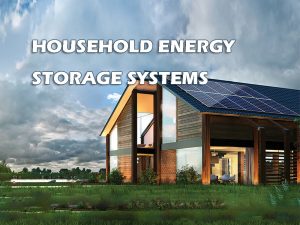 Comprehensive analysis of household energy storage systems – what is it like 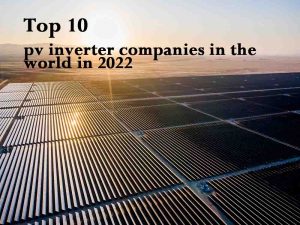